A sleek missile gunbarrels down the inside of a skyscraper, the neon of a Jamaican nightclub bounces off an agent’s shades, an unnerving facility reminds of Cold War modernist Ken Adam, a bygone mix of a signature tune stalwart pares back to its genesis, a young lady in Santiago brings a kick and some humour in our leading man, and an impassioned hero reminds of both the narrative and cultural mission this one film possibly has resting on its shoulders… Bond is so very nearly back!

But like a retirement retreat in Jamaica, the path to end-credits has not been plain sailing for our man James. This is a Bond film that has not only had to launch itself and an institution all over again for the twenty-fifth time in its sixty year history. This is the Bond bullet that has had to do it twice like never before. A great financial, industrial and cultural deal is riding on No Time to Die. More than just the fortunes of a franchise, a studio or two and a screen icon. Bond has bounced, raced and parachute back countless times before in countless trailers and advertising excess. Yet, never have the odds been so genuinely prescient. And pressing.

From a smiling Daniel Craig echoing the grinning fun he has guesting on SNL via a Thunderbirds submersible glider slicing into the ocean, Bond’s Whitehall office avengers aware of the five film history the leading man has in the role, a tremoring leading lady with game-changing secrets, a fun kick-ass and sass detour to Cuba and some genuinely beautiful photography from lens-man Linus Sandgren (La La Land, First Man), this second trailer for No Time to Die may well prove that patience draws the prize. There is an even more marked sense of a production pride evidenced in this new trailer. Swapping the burnt caramel hues of Spectre (2015) for midnight blues of a Jamaican nightclub at midnight, the architectural topaz of infiltrated skyscrapers and the coy costume decisions to use aquamarine shirts to frame a blue-eyed Bond in a bridge panic, a navy blue sweater and naval manoeuvres reminding of Bond’s past and the knowing royal blue of a Tom Ford tie – this looks to be a film that continues the creative faith the Craig era has brought to Bond’s timeline. It also could be the film to give the sixth Bond a lighter touch and even some Roger Moore grins. Maybe.

‘You can imagine why I’ve come back to play.’

An imaginative design ethic with chilling overtones and a sense of Giallo horror, a straddling of the classic and the new, more glimpses of that Aston Martin car chase everyone thinks they’ve worked out but maybe haven’t, a possibly prophetic narrative and a rich sense of Bond purpose all slickly combine with yet more nods and tributes to Bond’s six-decade past are here in this second two-and-a-half minute amuse-bouche. Just as Spectre saw director Sam Mendes and costume designer Jany Temime tip their hats to the films of Bernardo Bertolucci (The Sheltering Sky, The Spider’s Stratagem), this second marketing overture for No Time to Die sees director Cary Joji Fukunaga possibly not totally unaware of the likes of Anthony Minghella’s The Talented Mr Ripley (1999) and the background visuals of trailing Catholic processions and Virgin Mary statues on the move. As well as the new Basilicata locations serving the production, the Italian film and literature genre of Giallo is clearly not that far from No Time to Die. A product of the ’60s and ’70s, Giallo is also all about thriller stories positioned alongside horror elements. The world of a gialli story is often one of shadows, the secrets of women, stylised violence, masks, eyes, high camp excess, twisting and baroque camera angles and titles taken straight from a pulp fiction novel. So far, so very No Time to Die. As this bullet catcher has wondered, the verve and punch of director Cary Fukunaga could well prove to be a brand new creative shot in the arm for the series. Yesteryear Bond bullets often contained flourishes of the absurd, the strange, the underworld and the baroque. And Steven Spielberg doesn’t entrust unfinished Kubrick projects to just anyone (Fukunaga is slated to finally bring Stanley’s Napoleon to the screen). 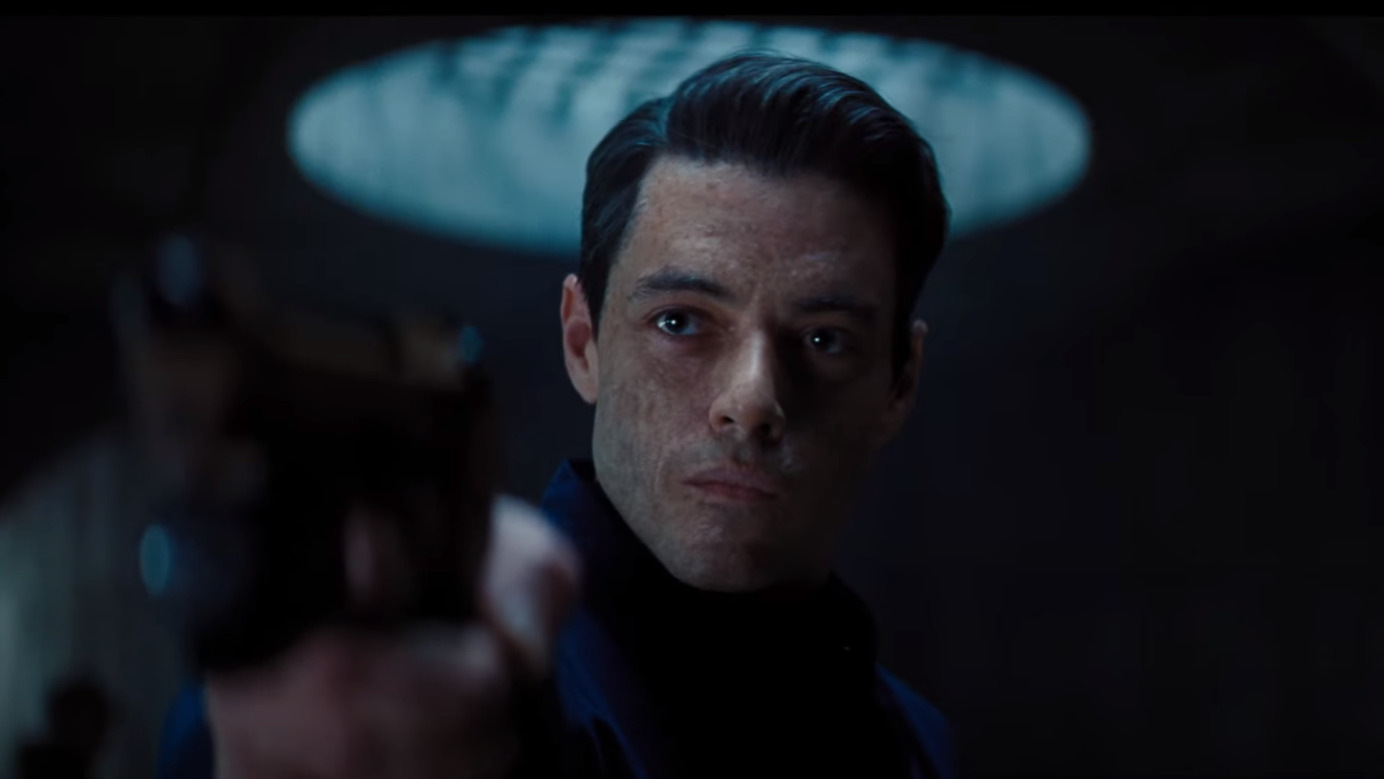 As Bond enters his 007th decade, his twenty-fifth bullet fires a new trailer with a bespoke shake, an imaginative stir, a Hans Zimmer musical repointing and a contemporary zeal Daniel Craig’s final spin of the dice deserves. The knives were out at first and then 2020 fired its bullets at all our DB5s. In one beat of the first full trailer we saw a Jamaican beach house and a bedside pile of books. One of them is Robert M. Pirsig’s classic ode to journeying men, Zen and the Art of Motorcycle Maintenance – An Inquiry Into Values (1974). As No Time to Die purportedly marks Daniel Craig’s final spin of the 007 dice, one of its touted beats is to continue and conclude the sixth Bond’s story. With some already ever-so-chilling signposts to cheating death, the grim mystery bells tolling for the Proustian heroine Dr. Madeleine Swann and a Bond tackling duty over life, perhaps one of the best clues as to how Daniel Craig will bow out can be found in Pirsig’s famous text…

“You look at where you’re going and where you are and it never makes sense, but then you look back at where you’ve been and a pattern seems to emerge.”
― Zen and the Art of Motorcycle Maintenance: An Inquiry Into Values by Robert M. Pirsig 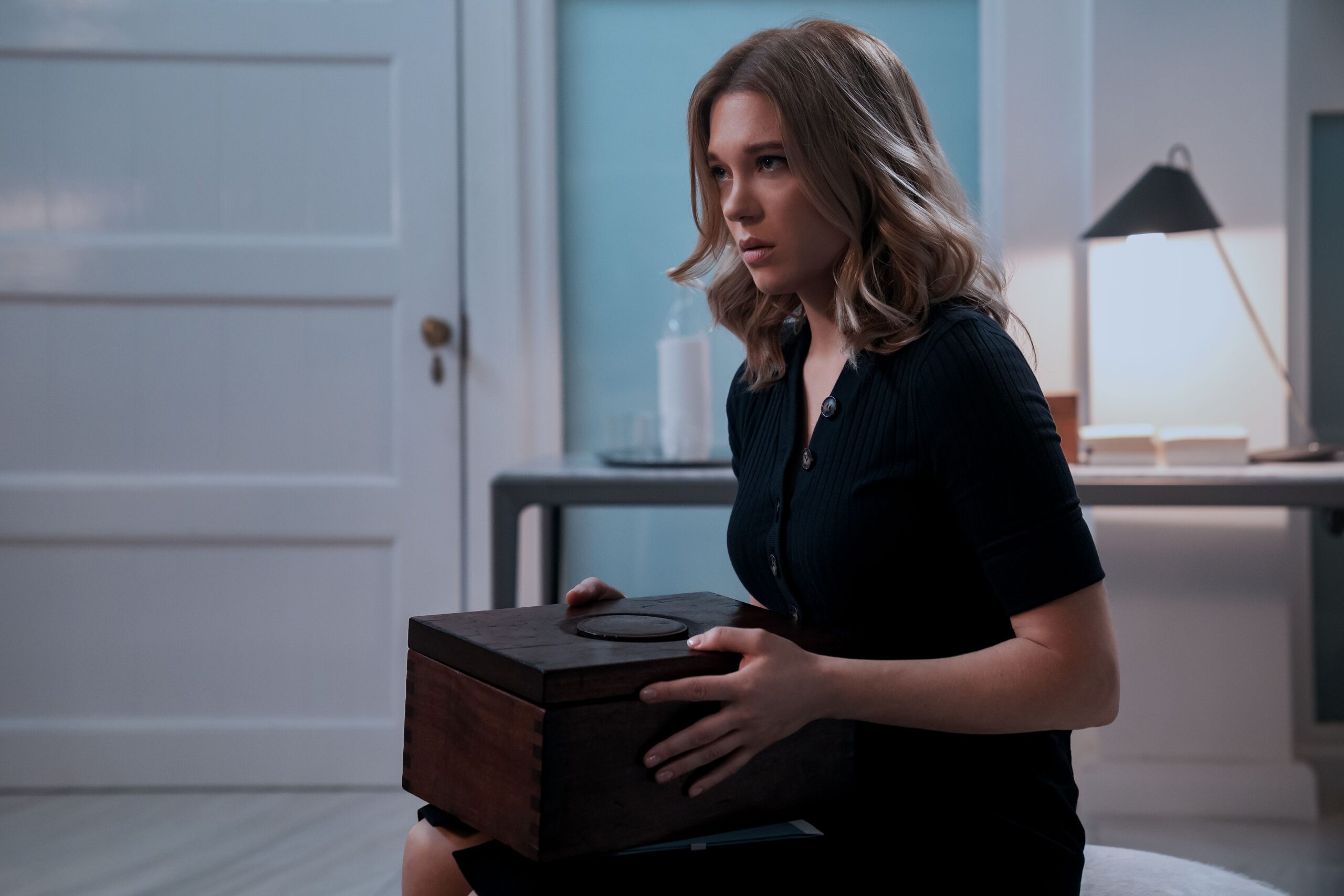 ‘If we don’t do this, there will be nothing left to save.’

However, there is an elephant sized Aston Martin Vantage in the room for this film. It is one we have all experienced as 2020 fired – and continues to fire – its viral bullets at all our DB5s.

Saving the world is James Bond’s modus operandi. Saving cinema less so. Aside from assassinating a villainous stooge emerging through an Istanbul cinema billboard in From Russia with Love (1963), 007 personally has barely been near a movie theatre. Yet, for his silver anniversary bullet No Time to Die the stakes for the movie industries – and its side industries – have rarely been higher. As the villainous Covid-19 lays siege to all our lives, workplaces, confidences and culture like a SPECTRE game-plan, Commander Bond has the unenviable task of being both the poster boy and returning chariot for mainstream cinema itself. As soon as Christopher Nolan’s own espionage time-dying riddle Tenet (2020) proved to rekindled box-offices and nervous studio number crunchers that if you build it audiences will come, there was an industry suggestion and feeling cinema could turn on the projection room bulbs again. In five days Tenet secured the same business that Nolan’s Interstellar (2012) achieved in three non-pandemic days. And the stats for the weeks and bookings to come are purportedly healthy.

There is some warm irony in the self-confessed Bond fan Nolan and Tenet professing his latest opus is partly inspired by the childhood experiences he had at the movies with The Spy Who Loved Me (1977) possibly being the celluloid canary in the theatrical coal mine that part-enabled 007 to continue with his November 2020 mission statement after No Time to Die took the once bold, then totally savvy call to pull back as March 2020 unleashed its own missiles and carnage. Whilst experiencing Tenet is a movie fan’s must, it is not oddly the title to kickstart going to the movies for a wider populace. Likewise, Disney’s Mulan and even Marvel’s Black Widow. Eagerly anticipated and overdue titles, granted. But how many fair weather cinemagoers, uncles, godparents, elderly ladies, mums and their mates, dads and their mates, god kids and family traditions see Bond as a very different beat of popular culture? A lot more than those who would opt for a live-action remake of a great 1990s animation that didn’t totally soar at the box-office versus one that sees an emotional investment stretching back decades for many – or just since 2006 for those new Bond fans brought to the franchise by Daniel Craig. Disney’s decision to pull back their new Mulan to Disney Plus makes sane, corona-aware sense (and a manouevre a family minded empire needs to be mindful of). Yet, in time it could have been a mistake in a world where many families do want to experience shiny new cinema things in theatres. 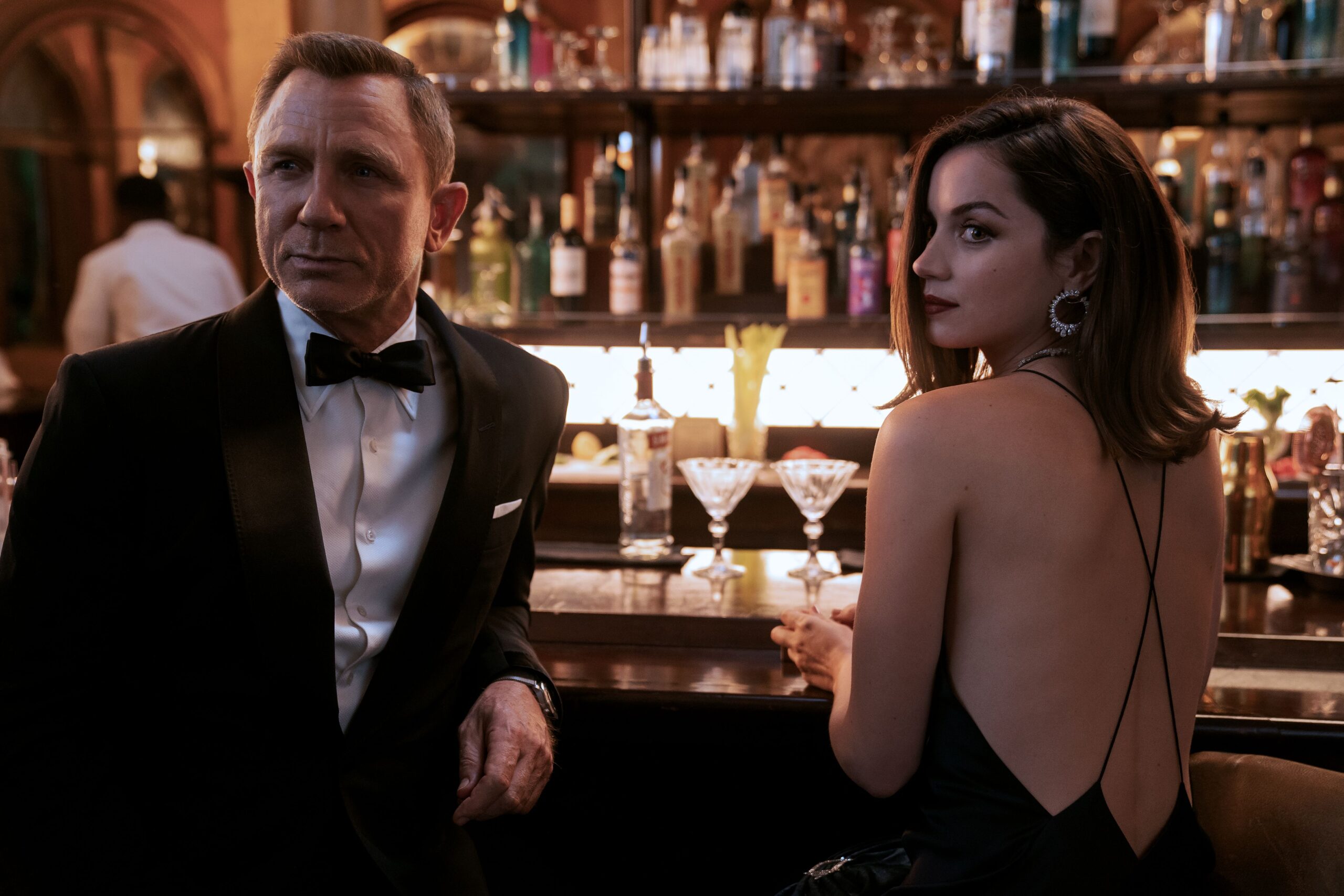 No Time to Die‘s second trailer has more riding on it than the future of Bond.  For the House of 007 and studio captains Universal Pictures, it is no doubt more than enough effort just to safely and logistically navigate the final act of a year that saw the world crash and burn like volatile celluloid. Despite the globally reported Delay Another Day for Bond 25 announced in March 2020 and the November calendar the film has opted for, nothing is definite right now. All decisions will not have been taken lightly. But they will have taken into account a lot of factors – including a growing belief that the world did indeed change in 2020 – as Lashana Lynch’s Nomi suggests. It also needs to navigate forwards. Protecting and safeguarding ourselves is not only the realm of our health and personal precautions. It is about securing and being mindful of the things that make us feel happy, safe, better and – yes – entertained. And it is not just the profit margins of a film studio and distributor that are on the line here. The money we might spend at that nice Italian restaurant before the movie or the wine bar after, the cash we give the babysitter, the jobs we secure at the cinema, the car park charges we pay to the local council, the confectionary we buy from the small indie cinema with the nice seats or the soft drinks we buy from the cheaper news-stand near the movie house… in 2020 our cinema and our loved franchises are not just about packed houses, downloads and hashtags.

Many people will understandably feel concerned and wary of returning to movie theatres. Many simply won’t be able to. However, many will and have already. The UK box-office is pleasantly surprised by the incoming figures of August and September. France is reporting healthy returns on all sorts of local and independent titles and October 2020’s Wonder Woman 1984 is another testing ground for the industry and Bond. And America. The business templates and ambitions of big and independent cinema will change, be dented and rise again in different ways and in different directions. We wear our masks as we would a seat belt in the car or crash helmet on a bike and we get on with it. If cinema owners and chains really up their game, then maybe so can we.

The world might need a real James Bond right now. But it might need a James Bond movie even more. 2020 has not been anyone’s best year. But with 007 planning to return to our movie house, maybe some 007-skewed 2020-vision could be a good thing at long last. Goldfingers crossed!

No Time to Die is released at cinemas from November 2020. 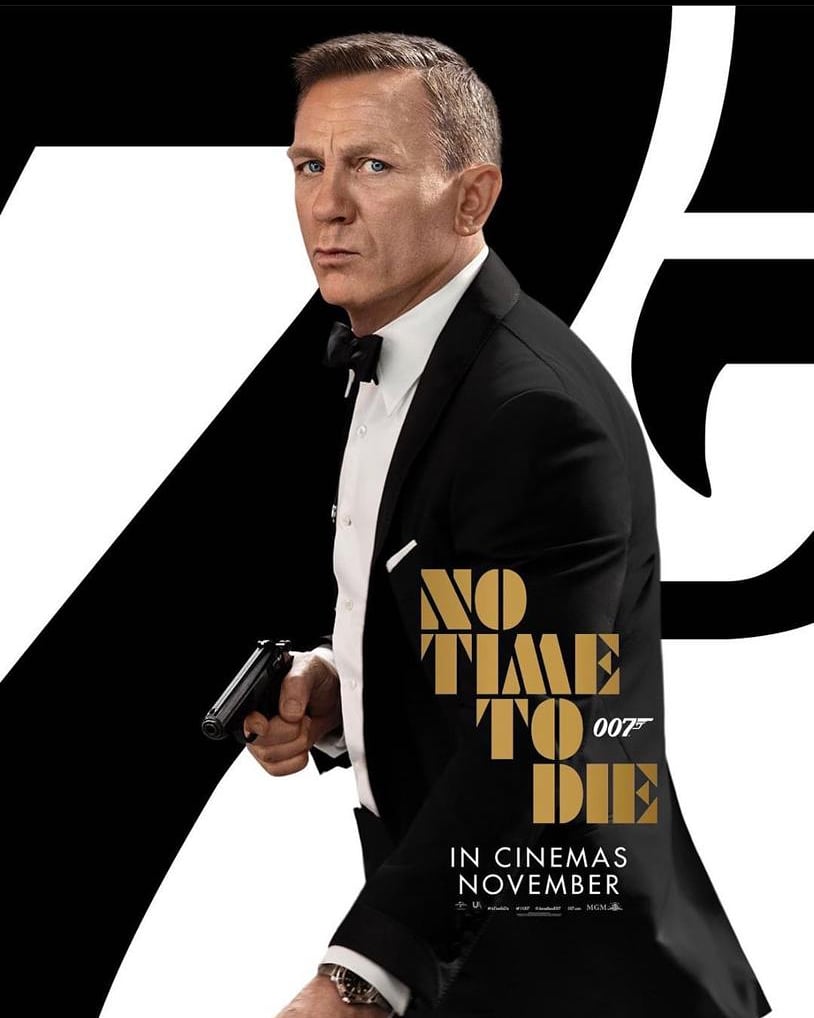