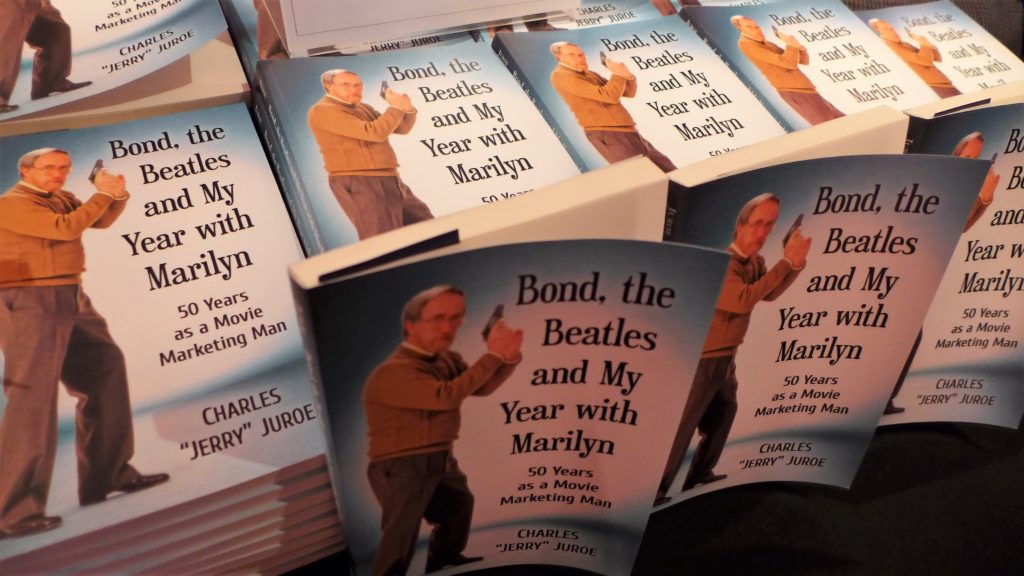 In an era of social media teasers for teasers, carefully framed pictures of Pinewood clapperboards sending film fans into a spin, hashtag supremacy and hilariously wrong clickbait assumptions about who future James Bonds might be, it is sometimes hard to remember that there was a pre-internet movie promotions world. And few were as involved in that world as Charles ‘Jerry’ Juroe. 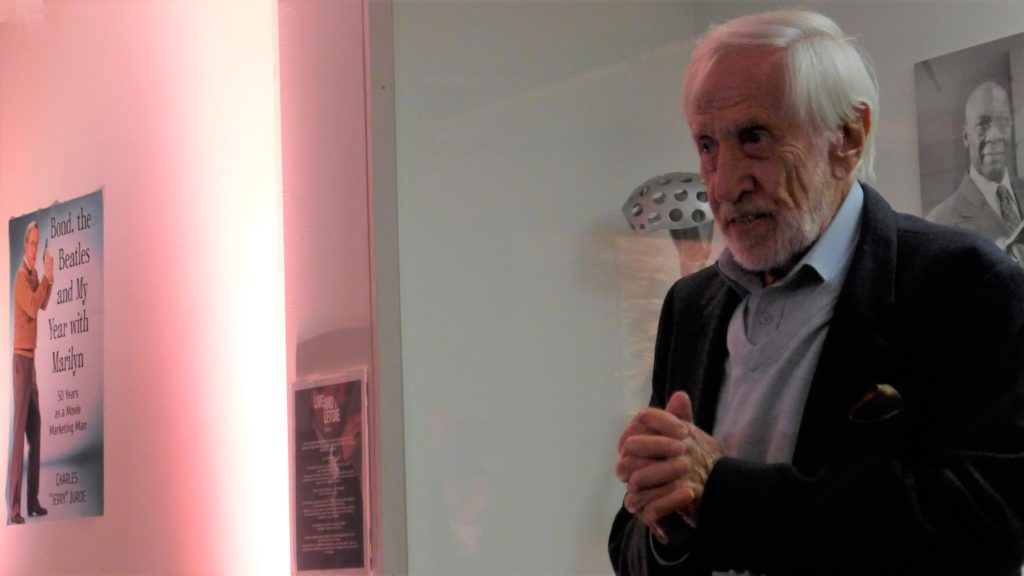 Born in San Francisco, the sprightly, sharp minded 95-year-old Jerry Juroe is a veteran of D-Day, Marilyn Monroe, Cecil B. DeMille, Marlon Brando, Paramount Studios, Bob Hope, Katherine Hepburn and one Commander James Bond. As a studio and movie publicist, Juroe has auditioned, shepherded, suggested, courted, dined, photographed, flown, consoled, partied, laughed, and encouraged not just ‘some’ of the movie greats, but the movie greats. And, of course, Jerry was also EON Productions Chief Marketing Executive – leaving his stamp, instincts and support on every Bond film from 1962’s Dr. No to 1995’s GoldenEye. 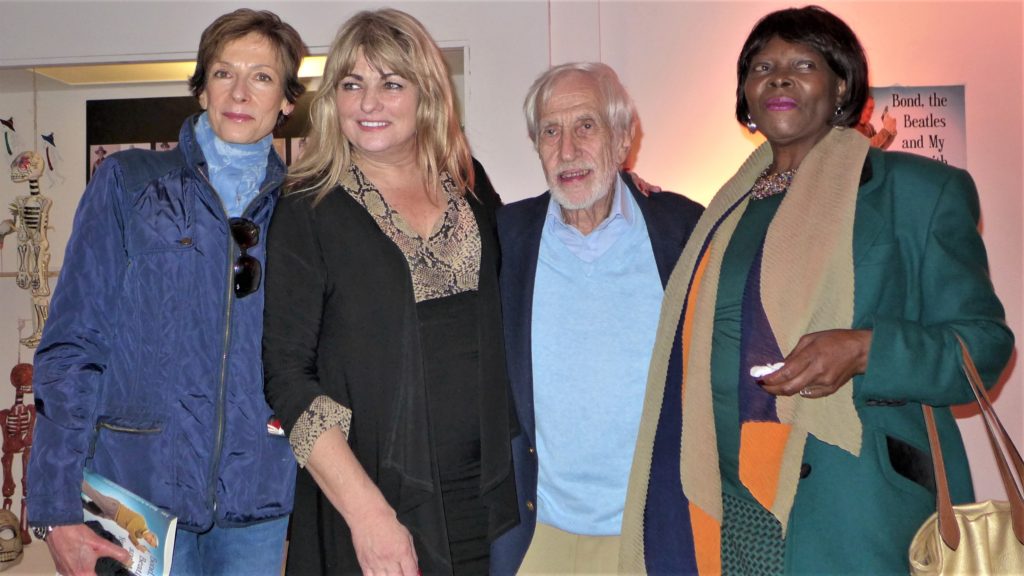 Working closely with EON, the Broccoli family, various 007s from Connery to Brosnan and a wealth of creatives, Jerry Juroe is a key ally of the Bond movies. A familiar face to movie audiences from various James Bond documentaries, Juroe’s poise, voice and honesty has always been a key chronicler and advocate of Bond. Juroe steered EON’s marketing and publicity machines, promoting the Bond brand across the globe, finding ever-new ways of getting the word out there, growing the brand of Bond whilst supporting and looking after actors, crew, studio executives and producers alike. 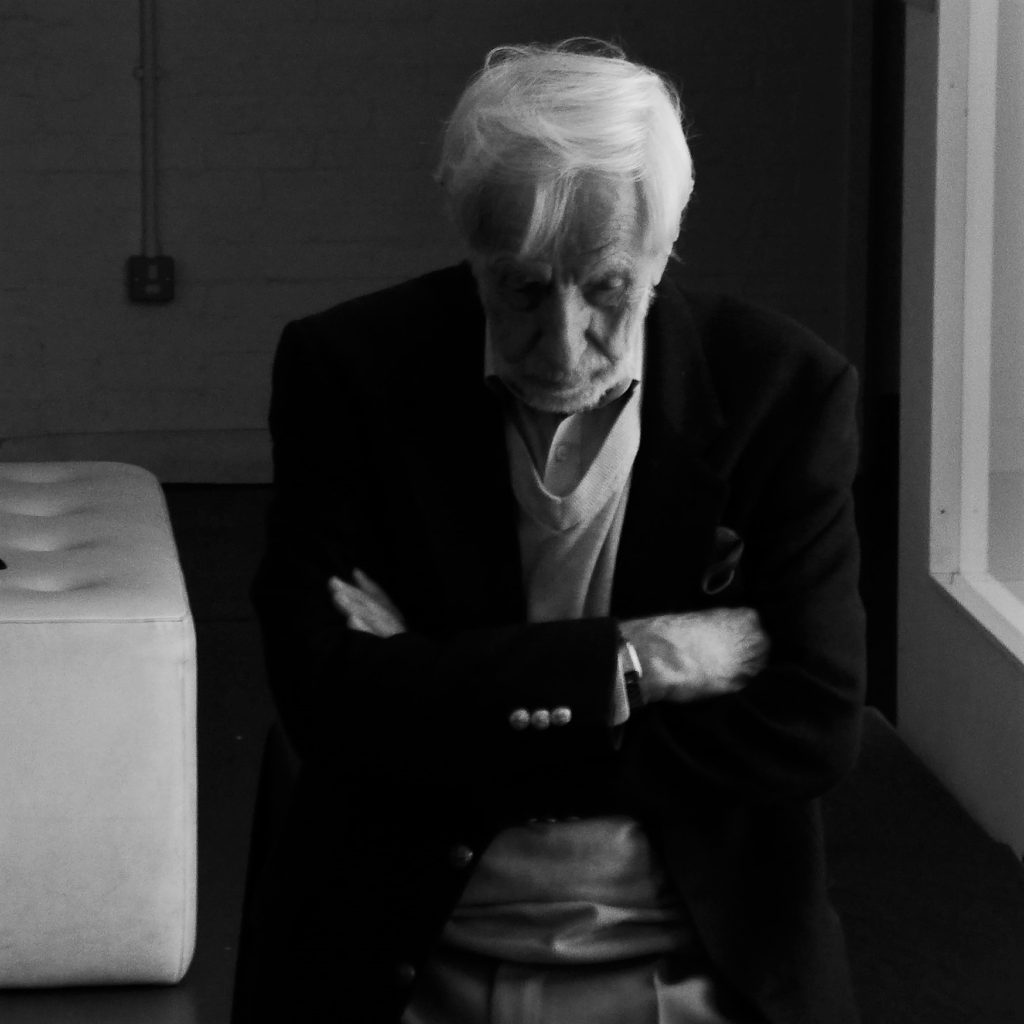 A moment of reflection for Jerry Juroe /  Photo © Mark O’Connell

It now makes perfect sense that the man charged with sharing the word and image of Bond should finally get the chance to recount and chronicle his own times and experiences. In conjunction with Doug Redenius (co-founder, The Ian Fleming Foundation), the book’s editor Mark Cerulli and publishers McFarland & Co., Jerry Juroe has now produced and starred in his own feature – a biography entitled Bond, The Beatles and My Year with Marilyn – 50 Years As A Movie Marketing Man.

And as any good marketing man or woman will testify – a good launch can work wonders. So on October 11th 2018 at London’s Bond in Motion various movie, industry and 007 alumni gathered to toast the new book and the world of Bond both old and new which will always owe a debt of gratitude to the likes of Jerry Juroe. With the champagne and fizz flowing plentifully, and the genuine warmth for a man who looked after so many individuals apparent throughout the whole afternoon, the gathered colleagues and representatives spent a relaxed afternoon talking to and toasting Mr Juroe – all the time surrounded by Bond in Motion’s poster artwork, imagery and marketing efforts that probably all passed over Jerry’s desk at some point in 007 history.

Following a heartfelt tribute from Juroe’s friends Doug Redenius and Mark Cerulli, Jerry himself took the mic with an ease and poise that was not that of a 95-year-old, but definitely someone who has spoken and communicated ideas and thoughts for a lifetime. He thanked the gathered guests and a career of great privilege and experience, as well as wishing all of us a lifetime that matches his longevity. 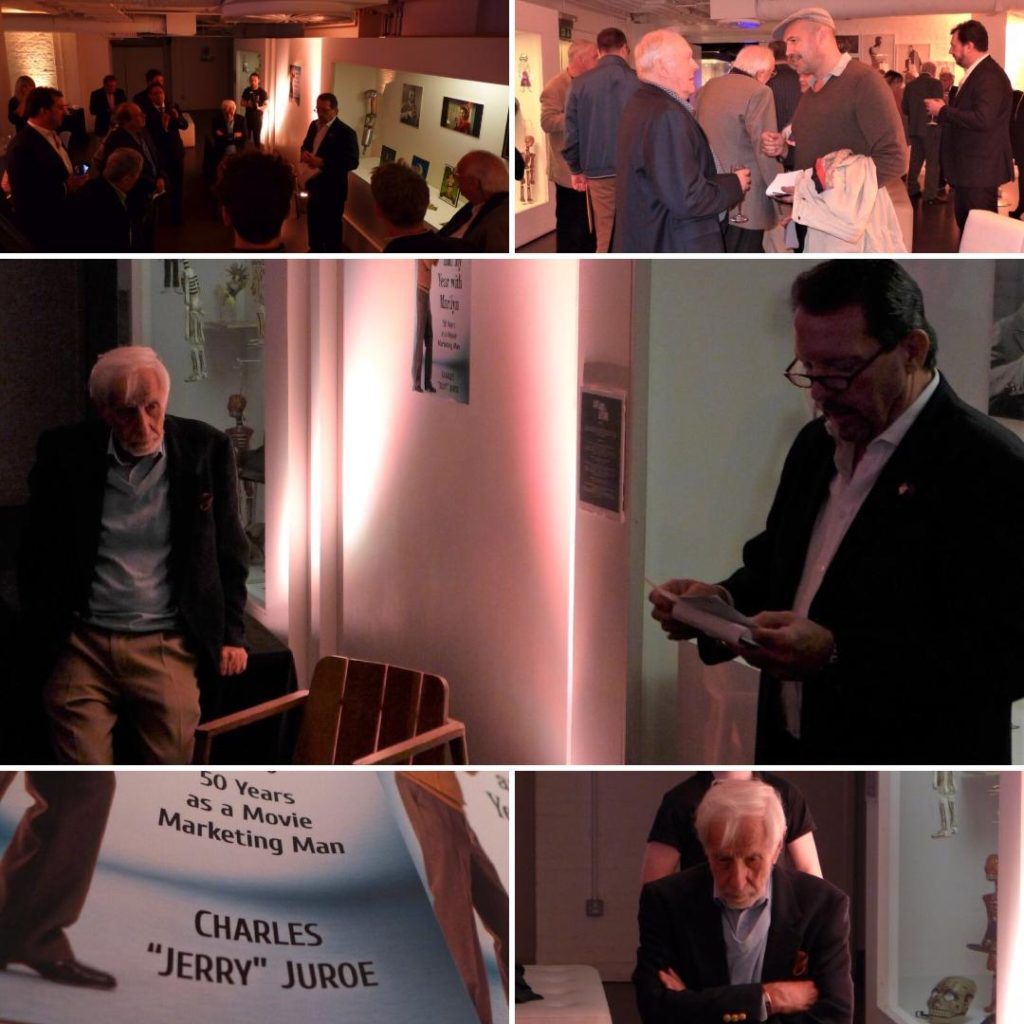 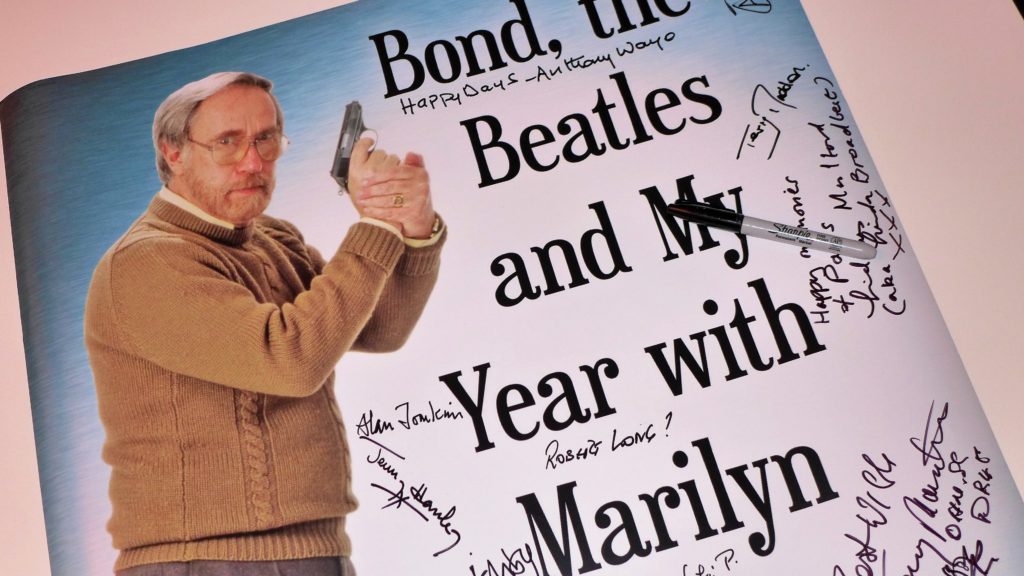 Bond, The Beatles and My Year with Marilyn – 50 Years As A Movie Marketing Man by Charles ‘Jerry’ Juroe is now published by McFarland & Co. Inc.