‘WHO IS THIS SUPERMAN?!’ – Saluting SUPERMAN II’s Forty Year Flight 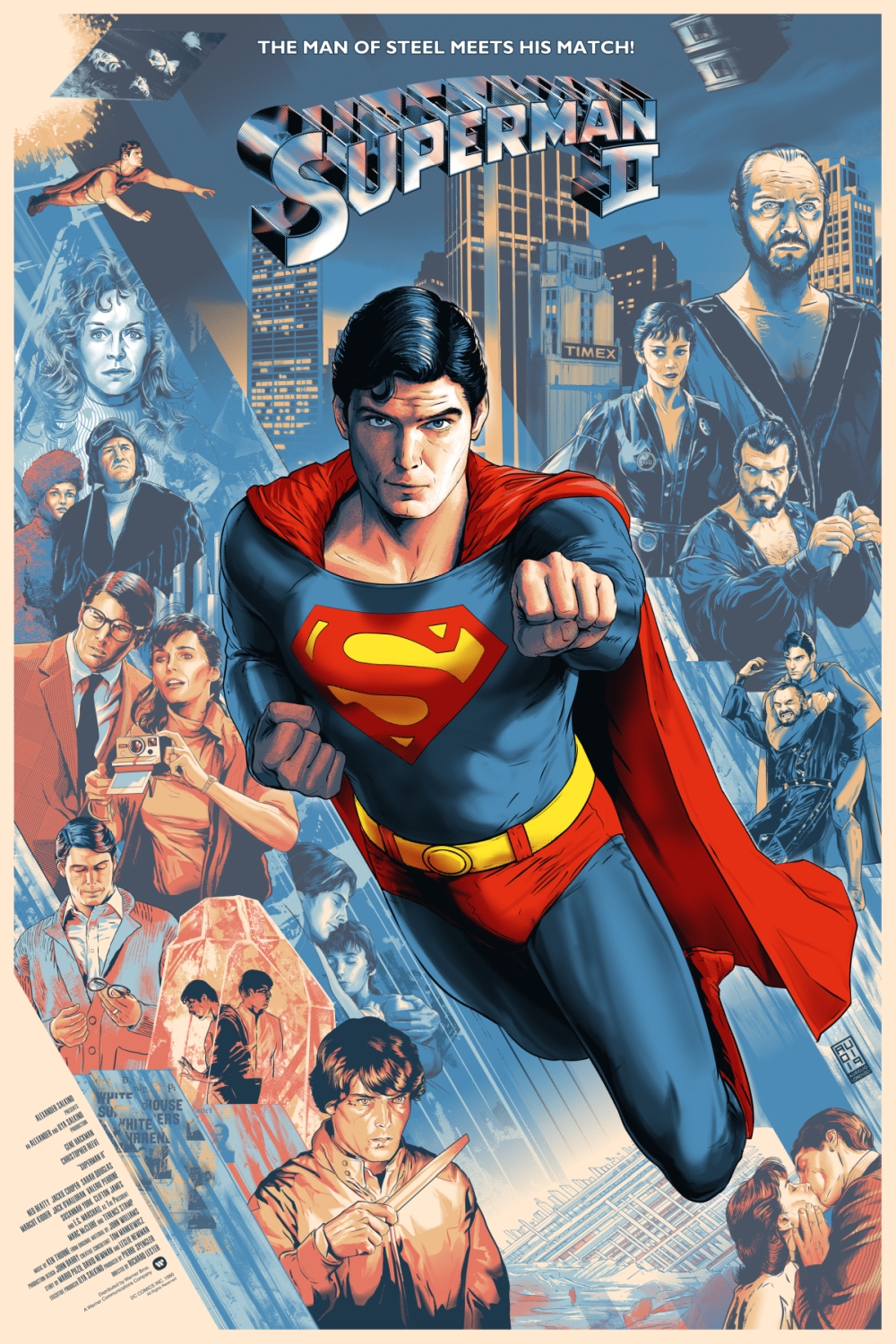 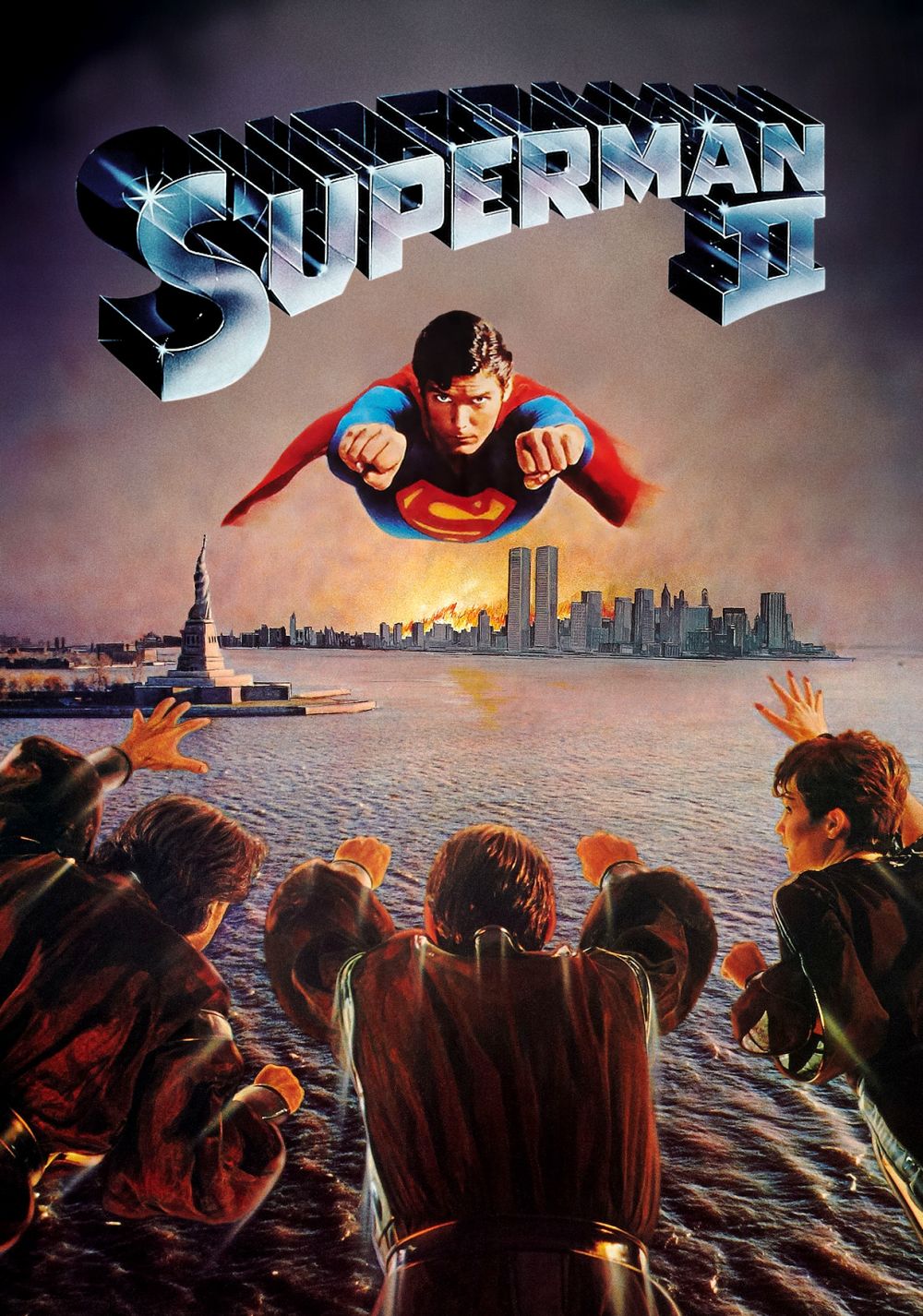 ‘Who is this Superman?!’

A problematic production that led to walk outs, strained production loyalties and body doubles of Hollywood royalty (that ain’t Hackman much in the last act) and once The Godfather Part 2 f the Reeve movie universe, Superman II was also one of the first big sequels of the decade that defined the numbered sequel.

‘It’s just kind of funny, you know, because a good reporter isn’t supposed to let anything slip by her.’

Those three black Kryptonian villains soaring towards Metropolis was part of the iconography of every videostore carousel, every proud TV Times listing and every behind-the-scenes promo starring Reeve that would bounce about Saturday morning TV for years after. 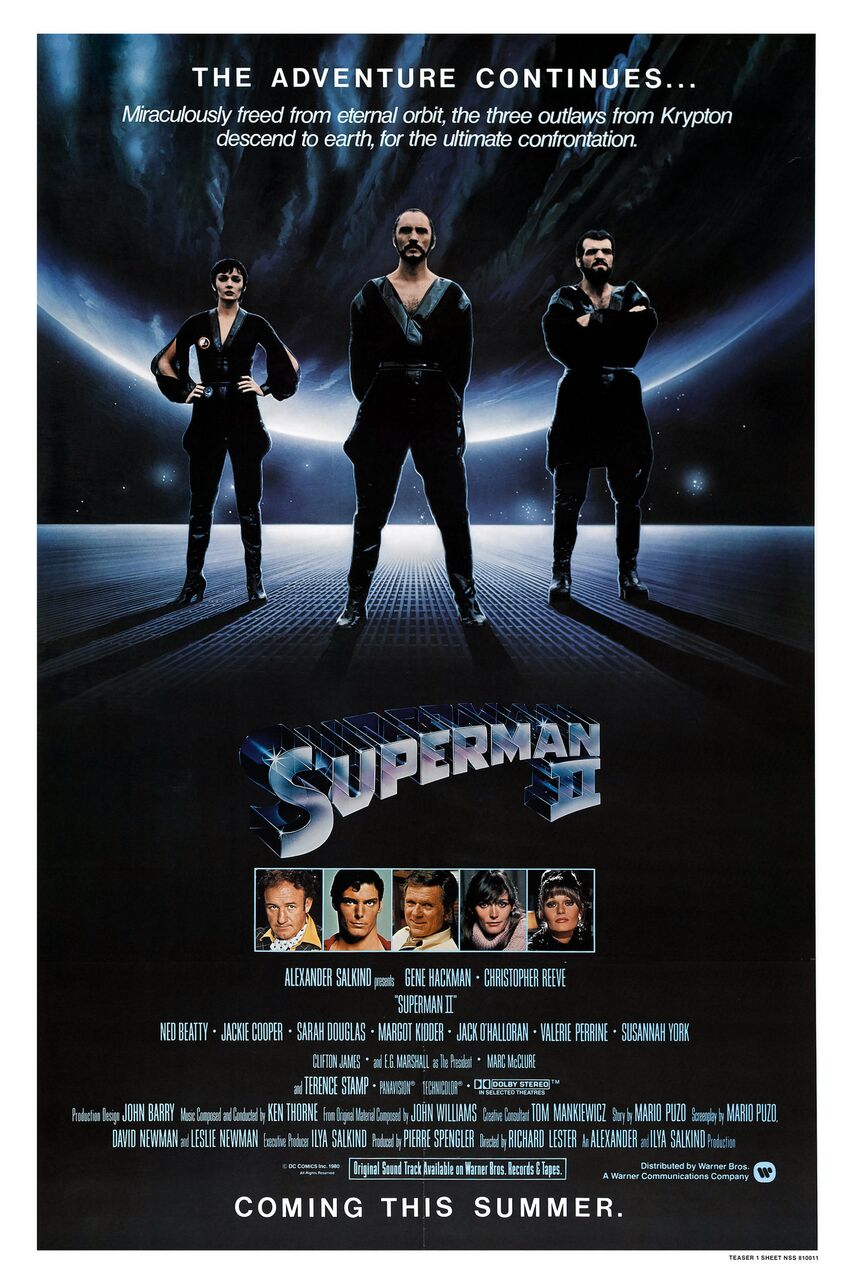 If 1978’s Superman The Movie is Norman Rockwell, then Superman II is Andy Warhol – with its urban Americana, Studio 54 stylings and nightlife, the kitsch honeymoon trappings of Canada and that strained sense of celebrity.

Like its predecessor, it is a cape of two halves. And one that keeps the slapstick distractions of Superman III at bay despite director Richard Lester’s inadvertent attempts to overlook the leading strength of Reeve’s four film tenure as forged by Donner – verisimilitude. The film may well be a battle of the dark and light of Krypton, but it is also a battle of very different tones set by two directors called Richard who both left their ‘S’ shaped mark on the beleaguered production. 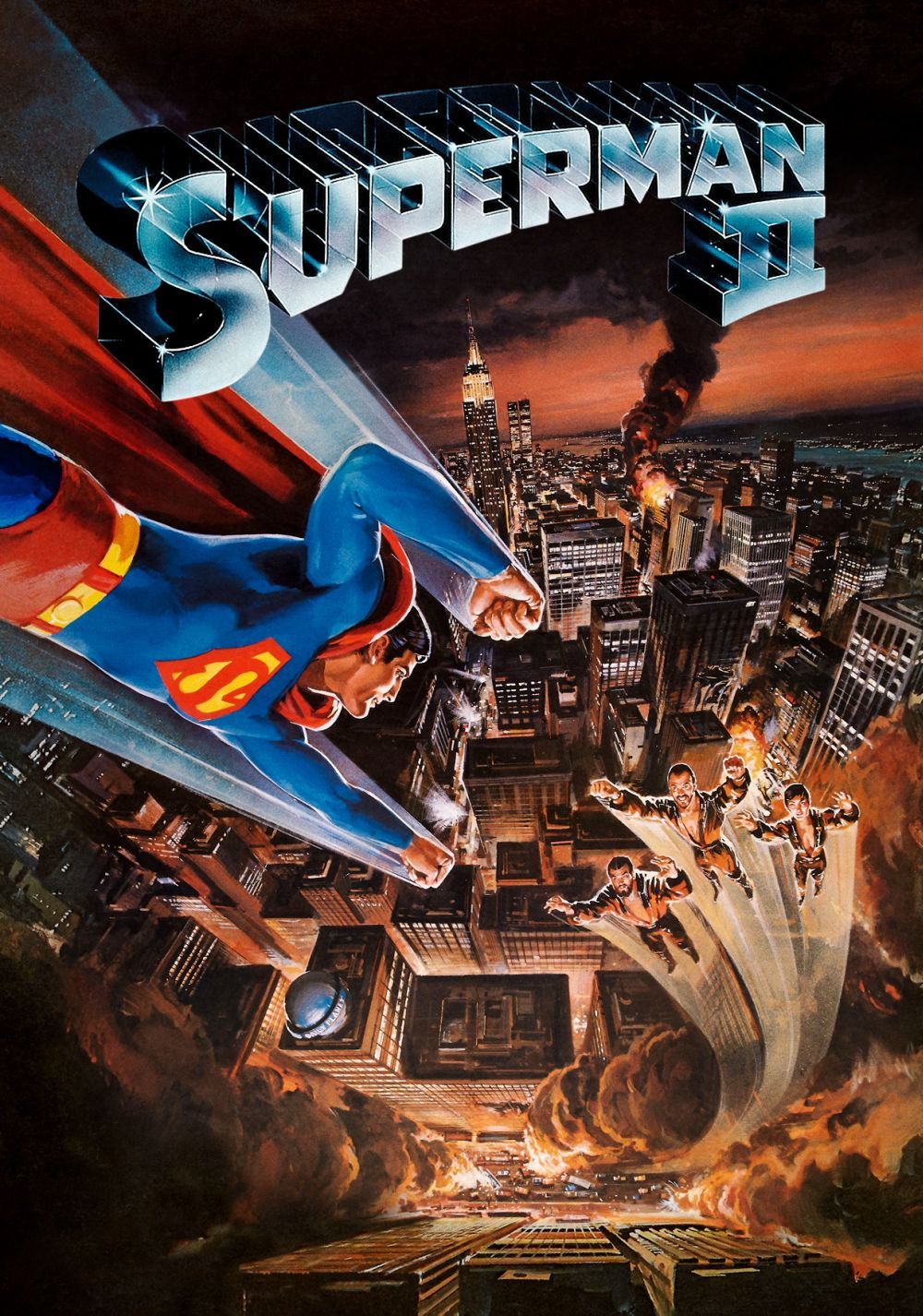 Curiously however, it is arguably Christopher Reeve’s best flight in the Cape – as his Kal-El splinters deeper into love and some truly cracking scenes with Margot Kidder’s brilliantly fiesty Lois Lane. Someone give her the Pulitzer for services to Eiffel Tower depictions in action cinema!

‘I dunno. From the look of them I’ll bet ten dollars they’re from Los Angeles.’

Forty years on since its Australian world premiere and a now unheard of release pattern where the US and the UK came months after everyone else, Superman II is still Salkinds of wonderful.

Mark O’Connell is the author of Watching Skies – Star Wars, Spielberg and Us