‘Life is good. But it can be better.’

Ever since Sebastian Bohm’s remix of New Order’s ‘Blue Monday’ singlehandedly created one of the best trailers in years when Wonder Woman 1984 debuted its teaser in December 2019, Gal Gadot’s Diana Prince was – like all her movie peers – assumed to have very promising 2020 vision. The year so could have been Superman the Movie for all cinema. However, 2020 very quickly turned into Superman IV – The Quest for Peace as an invisible virus flew in on an invisible plane and part-grounded the movies and all of cinema’s big franchises. Beset by more pre and post COVID-19 theatrical delays than No Time to Die, Warner Bros. then announced in early December 2020 its delayed batch of titles would all premiere on HBO Max – with WW84 getting a month-long window on the US-only fledgling platform alongside a staggered theatrical release across global territories. Waiting for Gadot has never felt so long…

Despite the homespun brilliance of Richard Donner’s Superman the Movie and that Americana 1978 template which all comic book movies forget at their peril, the DC film output has not always seen speeding bullets hitting their box-office targets. In the era of Marvel Studios and their extended movie universe of arcs and constant teasing to long-term projects, the DC film project attempted similar – despite having a three-year head start in the 1940s to its arch-enemy Marvel (then known as Timely Comics). Yet, in following the origin successes of Man of Steel (2013) with Batman Vs. Superman – Dawn of Justice (2016) and Justice League (2017) DC made franchise bridges which buckled and floundered like the Golden Gate Bridge in any superhero film. 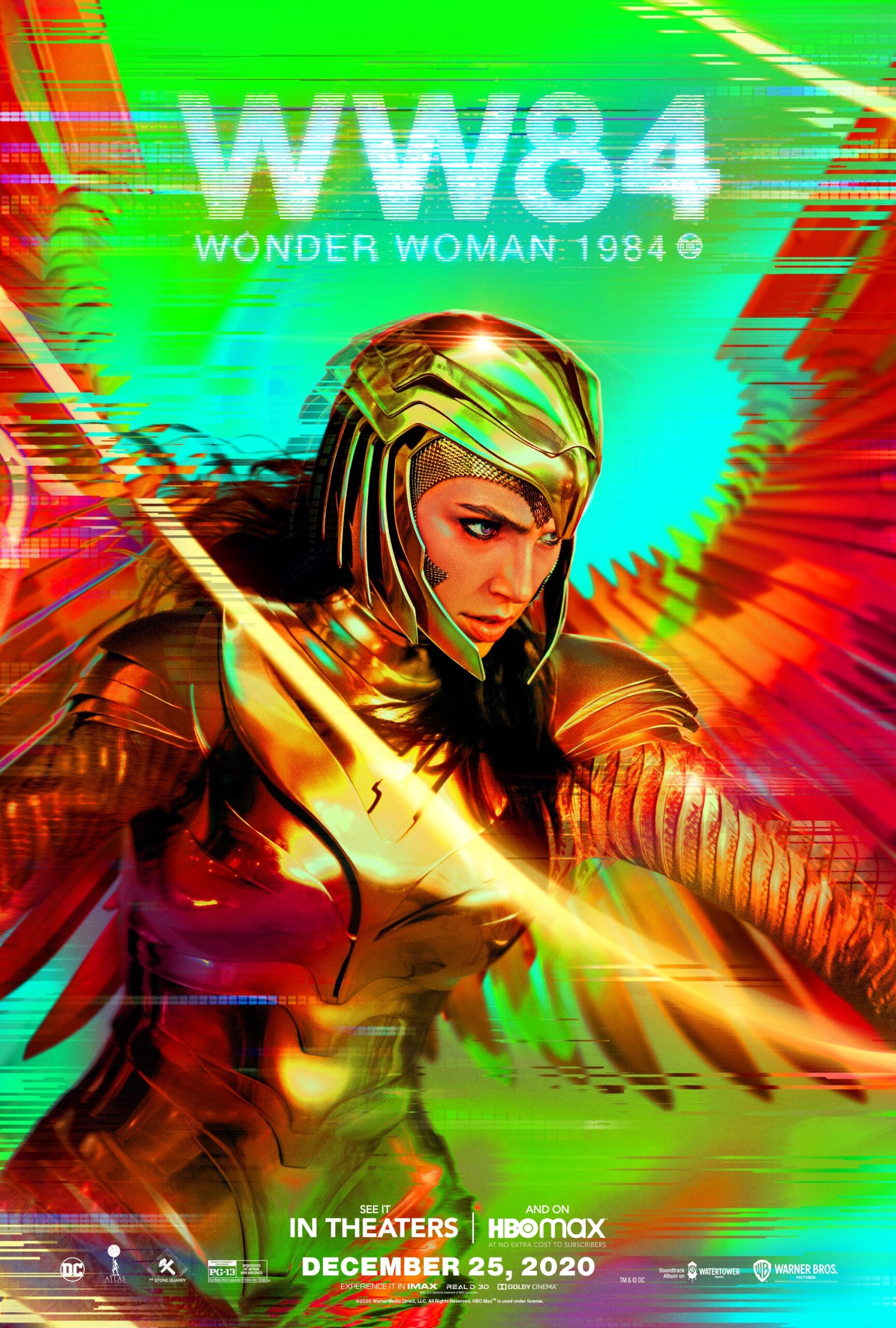 And then – after that resetting the besieged DC Extended Universe reboot to DC Films – two DC movie beats finally lifted that struggling cat out of the Metropolis movie tree. One was art. One was popcorn. And both soared. The art was Todd Phillips’ Joker (2019) – which dressed a Trump era America in 1981 clothing and justly secured for Joaquin Phoenix the first Best Actor Academy Award for a DC title (Heath Ledger’s own Joker nabbed Supporting Actor for The Dark Knight posthumously in 2009).

The popcorn was Patty Jenkins’ Wonder Woman (2017). When ditching the Extended Universe tag, DC Films possibly realized they did not have to produce arc-era excesses of exploding masonry, endless Comic-Con unveilings seeking hashtag approval, and end-credits Easter eggs for CGI villains that only ever feel like peep show flashes of future movie flesh for fans rather than cinemagoers. 2017’s Wonder Woman remembered to be a standalone film. And despite the European World War One backdrop not totally feeling like that stars and stripes American world all 1970s and 1980s VHS sky kids were raised on when it came to heroine Diana Prince, the film made a genuine star out of Gal Gadot, a whole lot of Amazonian dollars and great strides in the perceptions of women onscreen and behind the camera.

It is a confidence that continues into WW84 and a rousing assault course overture that serves as both a reminder of our hero’s background and a tear-inducing assault on all our movie-deprived senses after a year of tentpole drought. Cut to 1984 and the new analogue world of Gadot’s sophomore crack of the lasso that sits better with the Diana Prince world for so many as it was the decade where Lynda Carter’s TV Wonder Woman and those scorching blue eyes spun around our lounge screens on syndicated repeat. And yes – those scorching blue eyes of Carter’s are coyly included at least twice in this sequel – and as future story scope instead of some knowing tick-box homage. 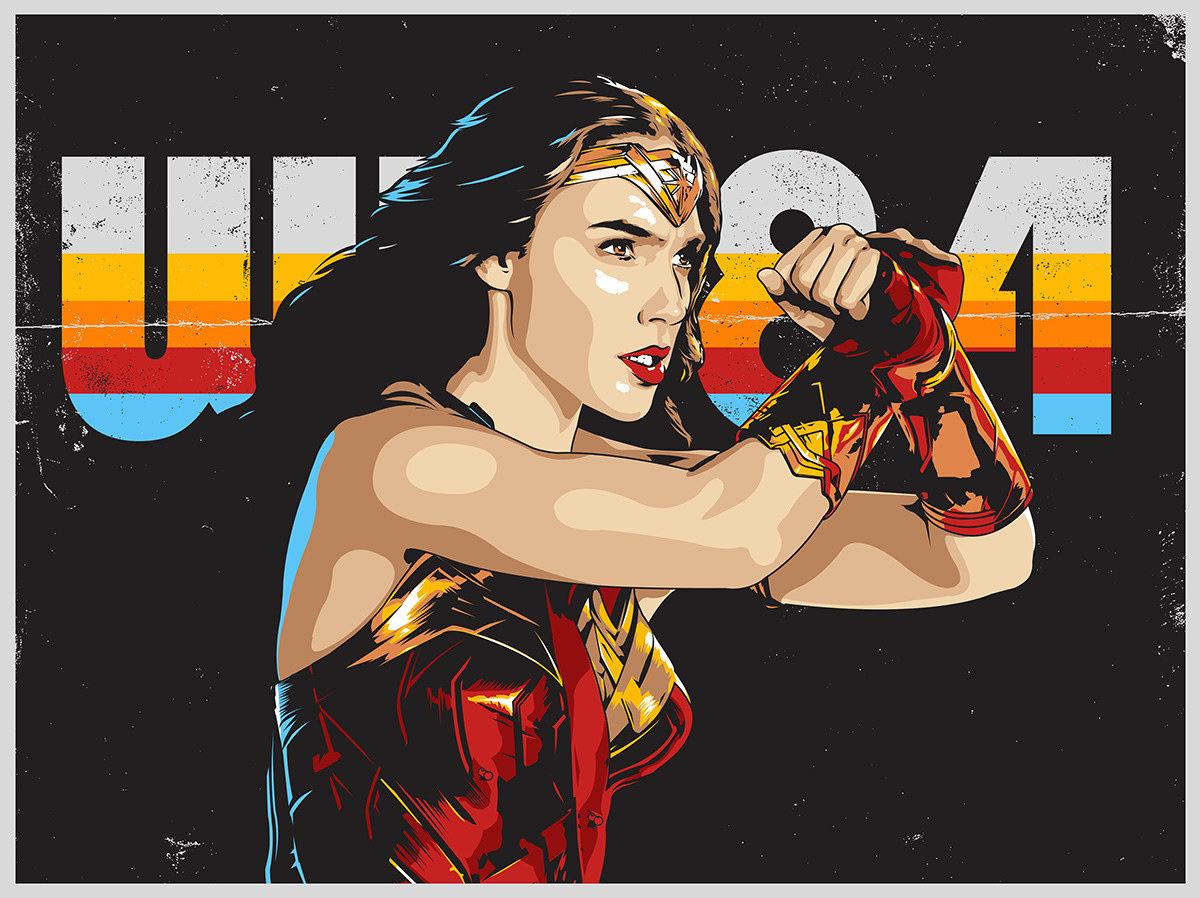 Easily forged from Gene Hackman’s bewigged turn as Superman villain Lex Luthor, Pedro Pascal’s villain Maxwell Lord is a blonde-dyed TV ad grifter surrounded by 1980s bling, pleated pants, and Trump Tower yearnings. Not so much a Wolf of Pennsylvania Avenue, Lord is both an over-confident oil man wannabe threaded with Hackman’s need for celebrity and fame, and the sad fragility and societal rejection of Superman III’s Gus Gorman (Richard Pryor). With no CGI villainy and elongated exposition pinned to three other films and an end credit Easter Egg you did not see, Lord’s rise to power is easy to understand here. It is an outsider loneliness. And one Max Lord shares with Gadot’s Diana and Kirsten Wiig’s Barbara Minerva. As an ancient antiquity suggests being careful what you wish for, Barbara and Diana bond because their world is one of single placemats for dinner, solo entrances to flashbulb launch parties and rude raincoated men failing to notice them. After Joker, that protagonist solitude has become quite the successful trope for DC Films. It fuels Wiig’s Barbara to somewhat let the cat out of the bag and let her feather-cut hair down, and it allows Gadot to deliver what is easily her best performance in the role.

There is a definite Superman II tone to her sadness, lost love and the superhero responsibilities that have created both. Whilst he may be looking too old here to be the twenty-something rogue, the return of Chris Pine’s Steve Trevor holds that Superman II melancholy – where windows of mortal happiness are wholly welcome, but possibly short-lived. Gadot’s second spin as Wonder Woman curiously echoes that of Christopher Reeve’s sophomore flight as the man of steel. Not only do both films explore a hero whose decision to follow love ultimately jeopardizes their powers and invincibility, but they also present a White House under attack, a square-jawed Reagan-esque President, the notion of TVs to disseminate villainous addresses, an irritating passer-by who will no doubt get floored later on, a villain fixed on land rights and fame, the superhero trope of working out in moustachioed, Nike addled gyms, open-plan Daily Planet offices built on chatter and mayhem, and that coffee-to-go, walk and talk world of staff and holding doors open – or not – for co-workers. Furthermore, the very production of WW84 is a quiet continuation of that Home Counties British studio belt ethic that catered to the four Reeve Superman movies – as London’s Brentford doubles for DC and Warner Bros’ Leavesden Studio housed production. 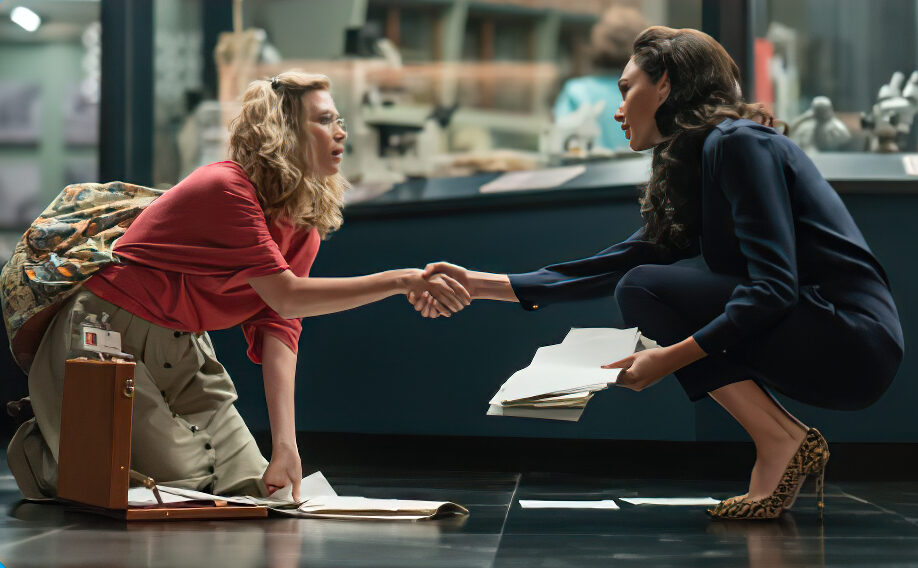 Despite an early shopping mall rescue loaded with retro fun, double-denim and feather-cut locks, from the outset WW84 actually avoids too many of those strange 1980s things that Stranger Things has mined so extensively. Just like Joker, this is a Washington DC (see what they did there) that is as much about the tail-end of the 1970s as it is the Walkman-clutching, fanny pack sporting 1980s. Instead of constant radio hits and Day-Glo sportswear, director Jenkins takes more time to frame the Gordon Gekko greed of the decade as sports car jocks tear recklessly down boulevards and that glorious JR Ewing world of oil rig paintings in offices and lobby sculptures plays to the era. Production designer Aline Bonetto establishes both Diana’s lonely apartment and Lord’s burgeoning empire in 1970s concrete builds. Apartments feel more 1970s Manhattan than MTV 1980s and launch party DJs pound 2020 remixes of familiar hits onto Hans Zimmer’s controlled score. The ‘1980s’ of this film is not about MTV teens and analogue TV screens. It is about a pace and a different era’s sense of foregrounding information for the film in question, and not ten films time that no one has seen yet.

Just as the film literally soars and Wonder Woman finds her literal and metaphorical wings, WW84 could however do with a trim. Whilst the pyrotechnics and set pieces have a story control that Man of Steel and Justice League sorely missed, a tighter cut could have been more welcome. However, what works so competently is its almost 1980s TV episode mentality. Pascal’s villain, the MacGuffin device of the piece, Lindy Hemming’s costume work that goes for movie glamour and Diana Prince’s 1940s origins and the welcome lack of elongated tentpole grandeur lends WW84 a certain freshness and ease compared to its immediate siblings. In a cinematic era of superheroes and a sometimes embarrassment of riches, many a Marvel and DC title has lost sight of what guided director Richard Donner when he set out to make Superman the Movie – verisimilitude. Here, Patty Jenkins allows the heroes to be heroes. It allows its onscreen citizens to have heroes rather than shadowy angst and inky cynicism. And it makes sure the jewel thieves never win.

Wonder Woman 1984 is a welcome red, gold and blue Saturday morning cartoon of a sequel in a year that has missed the colour, pulse and community of theatrical cinema.

Wonder Woman 1984 premiered on December 16, 2020 in various movie regions including the UK, before simultaneously landing in America on December 25 2020 for a month only on HBO Max (US only) and all cinemas where possible.

Thanks to Warner Bros.