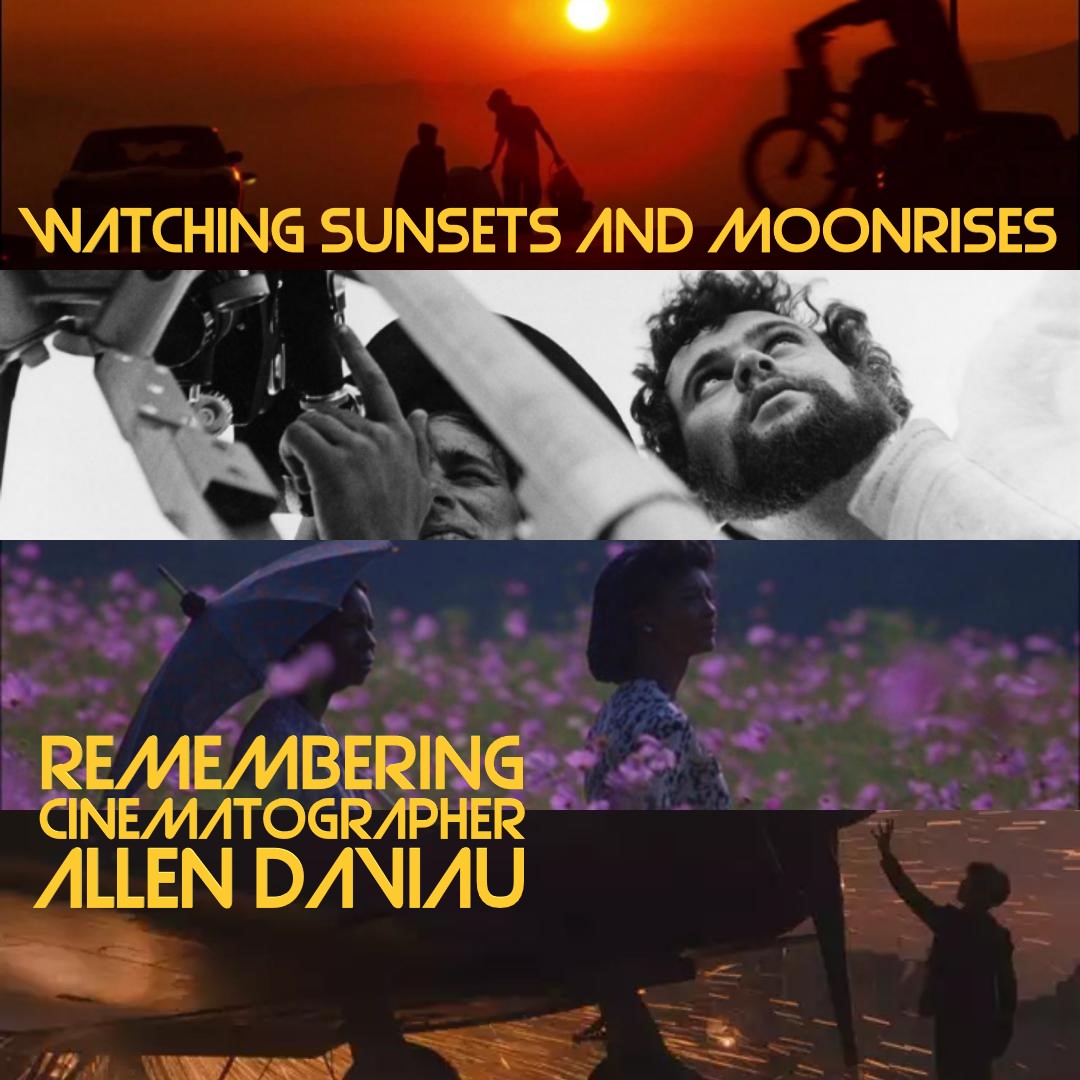 “In 1968, Allen and I started our careers side by side with the short film Amblin’.

“Allen was a wonderful artist, but his warmth and humanity were as powerful as his lens. He was a singular talent and a beautiful human being.” 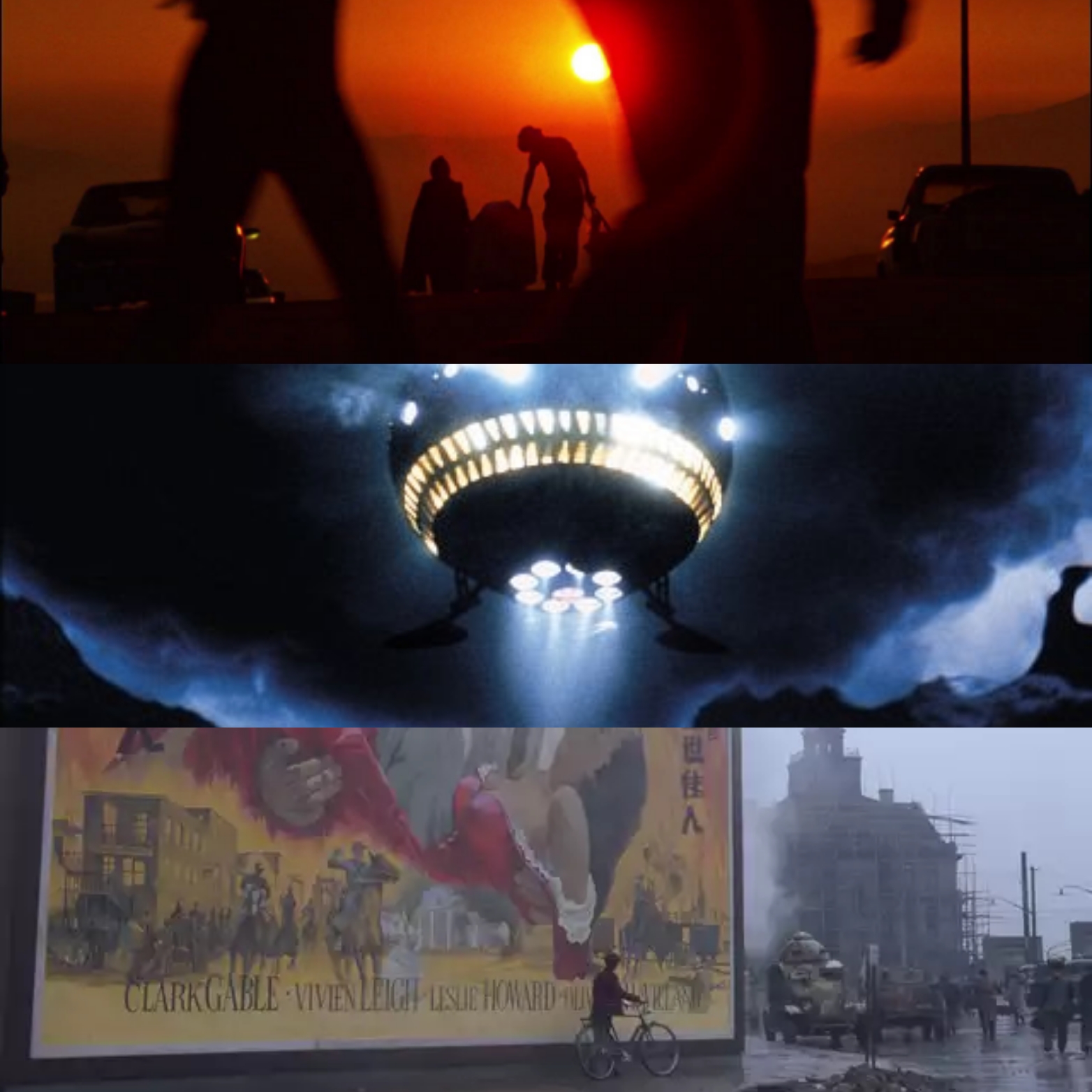 The American cinema of our childhoods has just lost one of its master painters. The visual canvas of sunset childhoods and moonlit fantasies of Spielberg’s first act of cinema is something from heaven. Having worked on Spielberg’s notable short Amblin‘ when the pair were just 1969 counterpulse students, the director of photography Allen Daviau later rejoined the director for a run of films that sealed Spielberg’s majesty as head curator of our movie childhoods and saw him first venture into darker tales that became the very flipside of childhood wonder and the other side of the creative coin he’d then straddle forever more. Amblin’ alone is a piece of late Sixties beauty, imbibed with all those dusty highways, sunsets, horizons and plaid-shirted, denim-clad protagonists who Spielberg also placed centre-stage in Duel, The Sugarland Express, Jaws and onwards. Spielberg as storyteller is never purer and more recognisable than when he allows us into the domestic world of a story. Allen Daviau was highly influential in pinning and framing that world – adding poetry to a thumbing hitchhiker, a boy’s bedroom of Star Wars toys, the poorest of the poor’s sense of storytelling and matriarchal solidarity and a spoilt English war-time brat and his sense of cinema and the skies as distraction from the death camps. 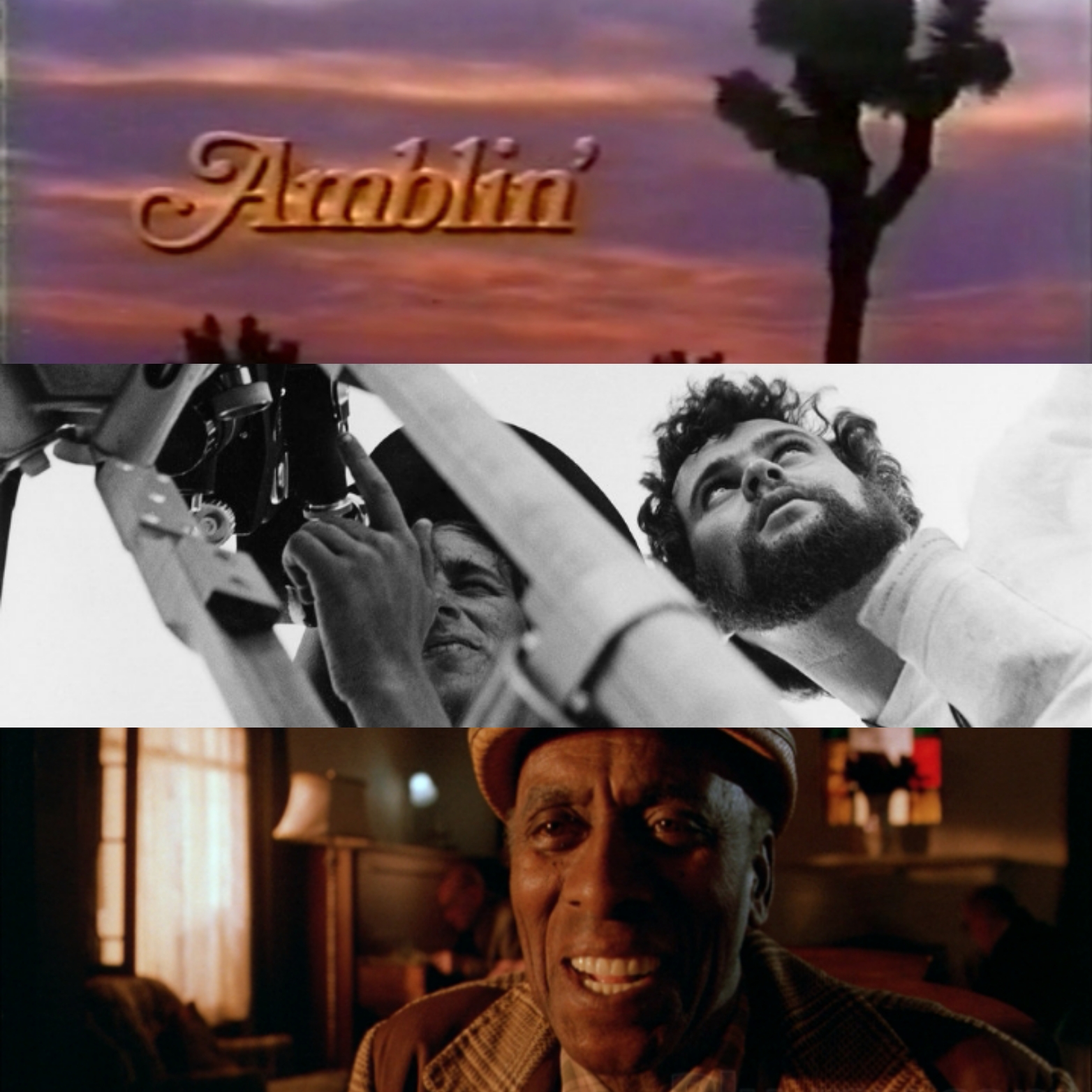 Allen Daviau’s photography for 1982’s E.T. The Extra Terrestrial took American cinema from a post Nixon, post Vietnam emotional slumber and lit it on all sides with streaks of suburban wonder, the after-school dusks of childhood and all at the height of a world less adult and less blinkered to movie magic. The one image of a BMX bike flying against the moon not only became the corporate icon of an entertainment empire. It summarised that videostore sense of Eighties Spielberg fantasy like no other. It also came from a pop-culture visual wizard who had already worked with Jimi Hendrix, The Animals, Stevie Wonder and The Who, was a stills photographer on The Monkees TV show and created the psychedelic odysseys for Roger Corman’s The Trip (1967) . Daviau also worked for Spielberg in other lens-man capacities – he shot the Gobi Desert scenes in 1980’s Close Encounters of the Third Kind – Special Edition, two chapters of 1983’s The Twilight Zone, the California second-unit work on 1984’s Indiana Jones and the Temple of Doom, the ‘Ghost Train’ episode of Amazing Stories (1985) and Amblin’s Harry and The Hendersons (1987).

“The cinematographer’s unique perversity is that in this absolutely chaotic, screwed up, very imperfect work, within the frame everything’s perfect for an instant.” 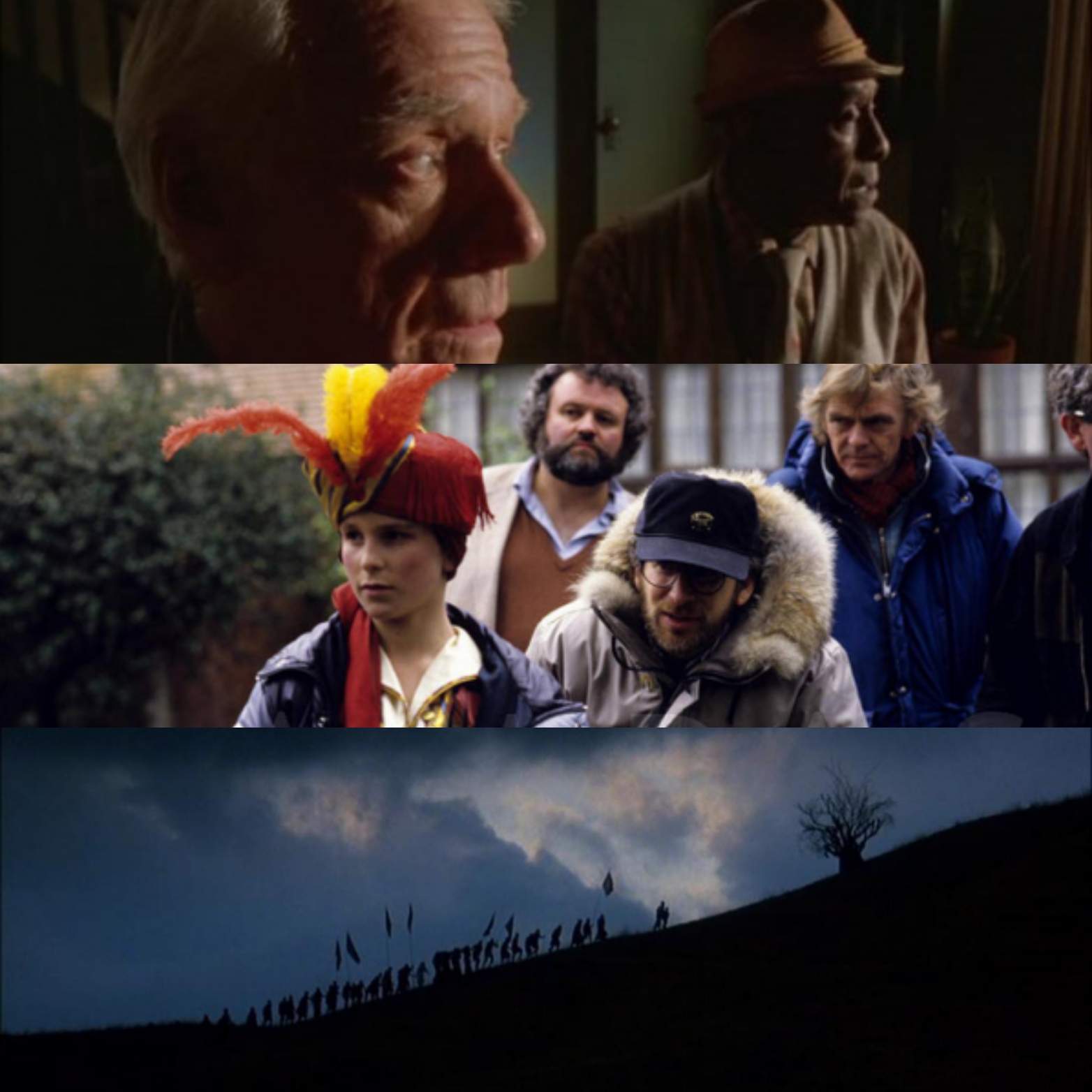 That sense of innocence wrapped in shadow, his trademark use of smoke and what is at child height in a scene and all flecked with glowing prime colours was what Daviau then continued to weave into The Color Purple (1985) and Empire of the Sun (1987) – allowing his director to venture into stories about growing up in an often barbed and quietly vicious adult world, but doing so with that first-act wonder Steven Spielberg threaded into all his films. As Watching Skies testifies, even E.T. The Extra Terrestrial is not really about childhood. Like all the films Daviau shot for Spielberg it is about the end of childhood – with adulthood and its different wonders and threats cited on one of those movie horizons. A prison camp adolescent touching the nose of a plane as all hell breaks loose in the world around him, and two sisters playing in fields of flora as all moral hell had already cracked open around them are not about sentiment. They are about allowing strong subject matters to land and make sense. They guided Spielberg through kneejerk criticism how the wonder kid had grown up and that wasn’t allowed in pop culture. Daviau helped the director bridge how he started out to how he narratively then progressed – and that career pathway has been open ever since. 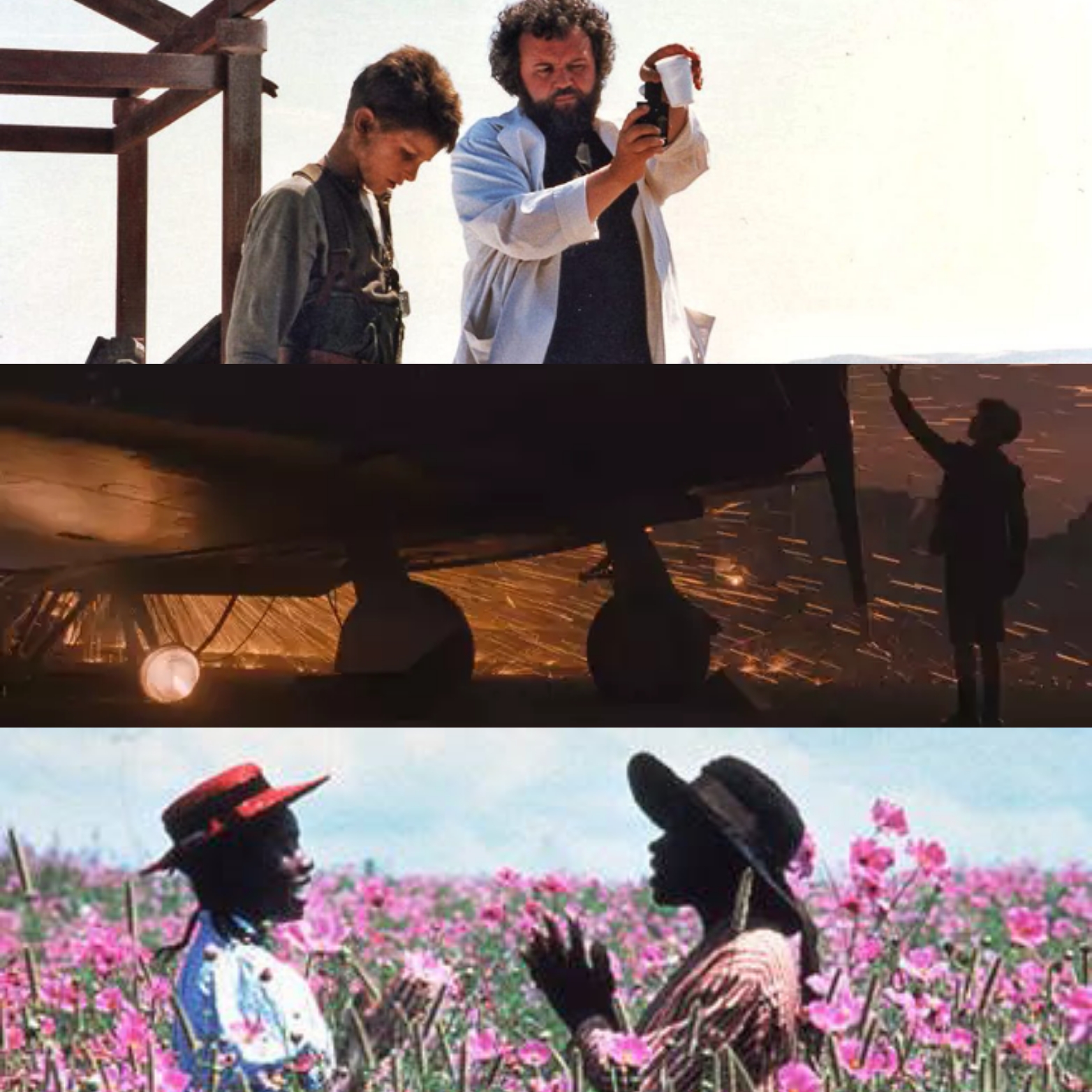 Rest in peace, Allen Daviau. The sun will forever be a California dusk in this sky kid’s movie memories.

Mark O’Connell is the author of Watching Skies: Star Wars, Spielberg and Us.