THE DEVIL IN THE DETAIL – Why Daniel Craig’s last Bond film deserves time, not kneejerk panic. 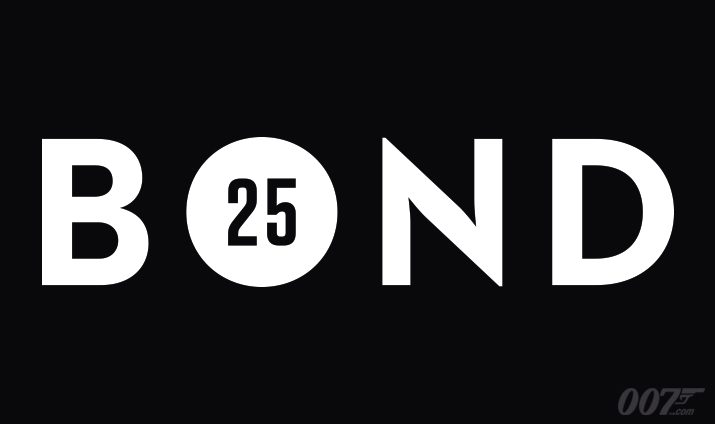 Remember when 1979’s Bond film was For Your Eyes Only? Remember when the trade ads of 1975 proudly announced The Spy Who Loved Me would be released in 1976? Remember when the American actor John Gavin was given the lead role in 1971’s Diamonds are Forever? Remember when the front of the Carlton Hotel during the Cannes Film Festival once heralded how Bond 17 and Timothy Dalton’s third 007 film was coming in 1991 at the same time studio space was being booked at Pinewood for the fall of 1990?

That’s right. Things change. Even in the world of James Bond 007.

Equating a delay for a problem is a curious quirk of movie fandom. It is culled from some decades old myth that if a piece of cinema dares to change its release dates it then automatically has production problems due to filmmakers suddenly not knowing what they are doing. It happened in 1989 and 2008 when respective Writer’s Strikes in the US made every cynical fan an expert on writing a Bond film, union conditions and how no script has ever been re-written by someone else in the history of cinema ever. Another quirk are the automatic conclusions that deem another newly announced writer as being some sign of creative destruction. Many writers’ fingerprints are all over many big franchise films. And many of them the public doesn’t even get to know about. 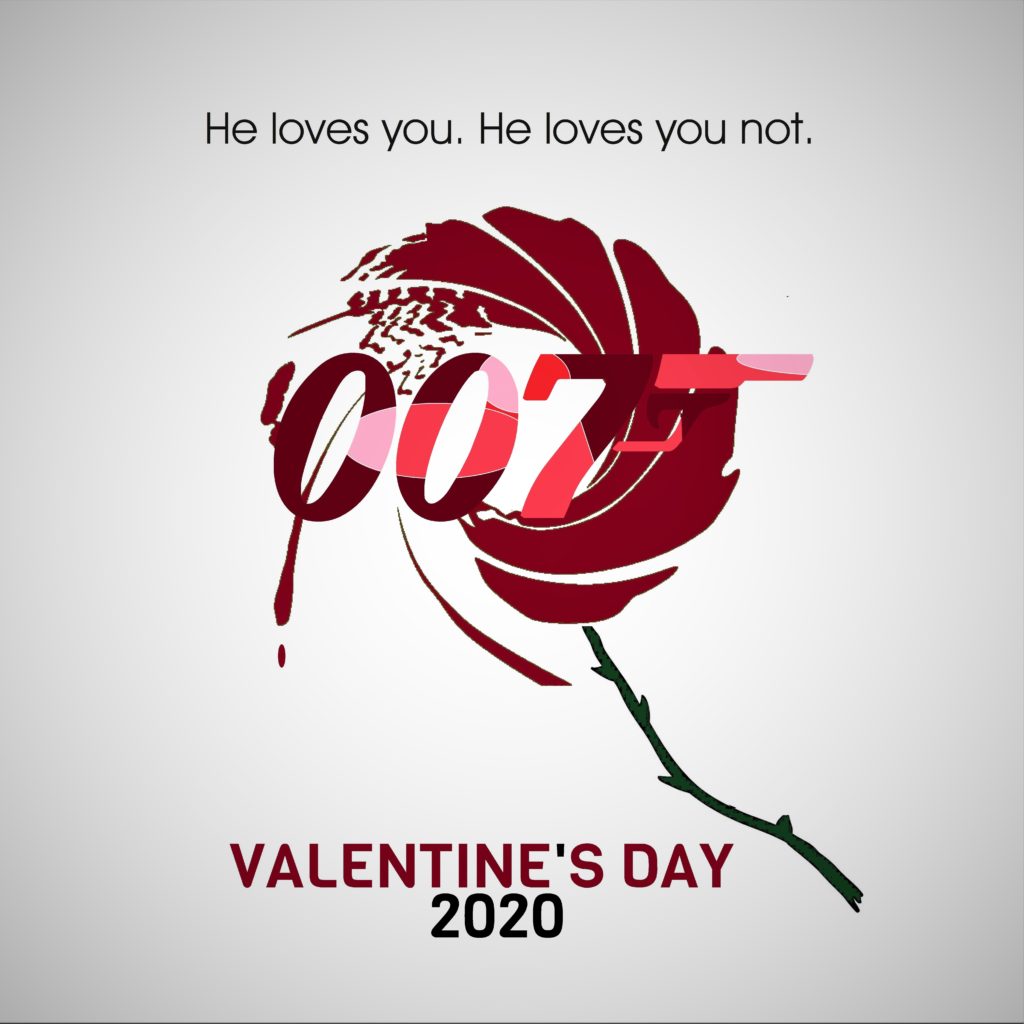 Unofficial artwork from CATCHING BULLETS to mark the original release date of Bond 25.

And now we have a new ‘outrage’ because Bond creatives EON Productions have announced a few weeks delay on the release of what is currently called Bond 25. What was touted as a Valentine’s Day 2020 release has now shifted to April 8 2020. It has been enough of a perceived shift for some of the online reactions to create a Valentine’s Day massacre of fandom… over a film that is not now emerging on Valentine’s Day.

Pitchfork-clutching cries of damnation and Twitter votes of no confidence are only ever thinly veiled panic that a beloved movie everyone is desperate for details on has possibly just extended when the details emerge. Had a title for Bond 25 been announced alongside this shift of release then the reaction would well have been different. To somewhat paraphrase another film franchise shamelessly – sometimes the fan’s vision is based on detail. If there is no detail, the assumption then ponders how the devil is at work. This isn’t just fans throwing their Corgi Astons out their prams. This is some fans kicking off because this is less a delay in a film’s release and more of a [perceived] delay in knowledge and ownership of a particular film. 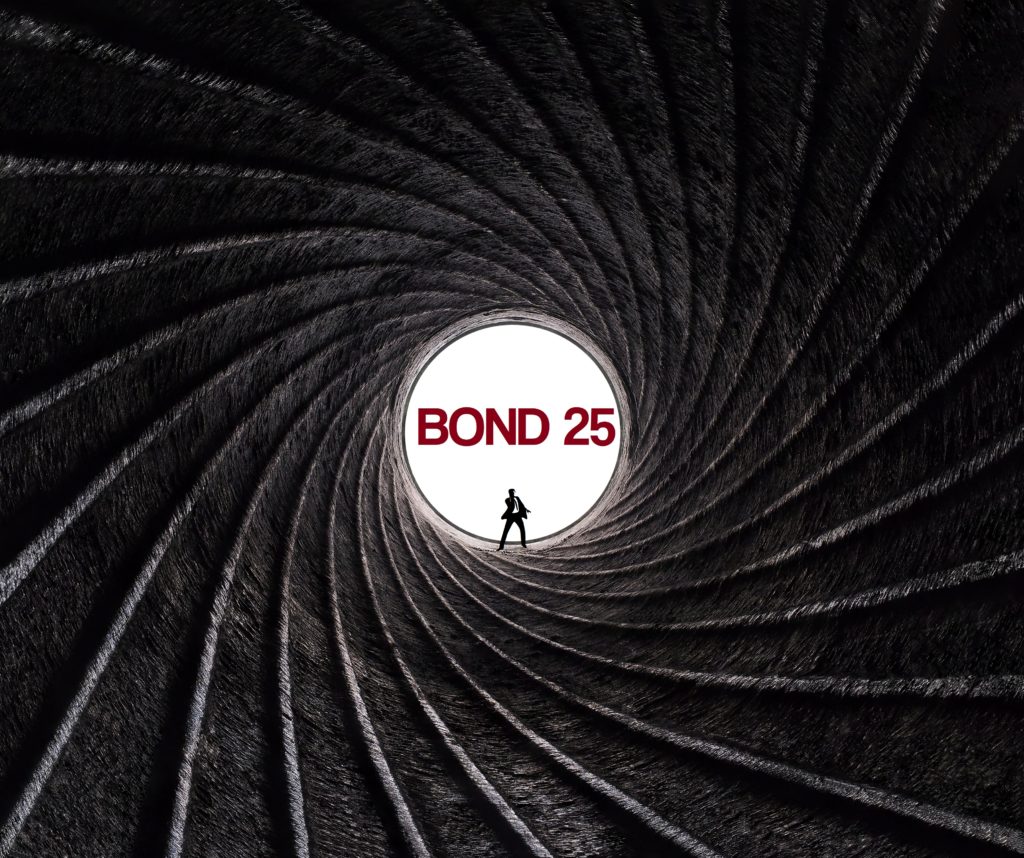 All of this fervent online fever is understandable. Totally. People’s passions for Bond are not up for debate. This Bond writer and fan gets that. The reaction underlines just how much global goodwill and expectation is placed at the feet of our man James. It’s a brilliant thing that buoys up just how vital the 007 movies are to popular culture and what we all invest in it. But maybe how some folk convey those passions is somewhat unnecessary. Remember – in cyber space everyone can hear you scream. Yet, remember too that there are no more ardent, passionate and committed Bond fans than those steering the good ship 007. They don’t do it because they always have. They do it because they always want to.

But have some moviegoers stopped to sensibly ponder why a film like a new Bond could have needed this extra time? First off, no producer wants to part company with their announced and lauded director. But the Double-O Seventh hour withdrawal from the originally announced director Danny Boyle meant Bond 25 had to reset itself at the very point in time new studio partnerships were being forged, established and contracted, sets were being designed and even built, cast and production diaries were being rewritten on a daily basis and existing studio tenants had to be navigated. Welcome to the shifting sands of the movie business. The fact EON then pinned the captain’s badge on new director Cary Joji Fukunaga is the perfect example of the quietly coy skills of the House of Bond at working with a production dilemma to the extent they’ve now got a possibly fresher and newer minded director behind Bond 25. However, that necessary change of director came with a cost – time.

Moviemaking is as much about working creatively with stumbling blocks as it is getting a release in the starting blocks on time. In an era of Netflix and shifting movie exhibition and consumption, Bond has now a Netflix generation director in Fukunaga – the first ’80s kid helming a Bond whose casting represents a delicious curveball for the 007 series. His attachment underlines producer Barbara Broccoli’s skill at noticing and quietly earmarking good artists who have sometimes slipped past mainstream radars. Cary Joji Fukunaga is a wholly vivid, dynamic and slick call for Bond, and the vibe and timbre of his work holds amazing and contemporary promise for the Bond series. This bullet catcher firmly believes this casting is one of the most striking choices EON Productions have made in the last two decades. And if he needs more time, then let’s all give that to him with good grace and our goldfingers crossed.

United Artists Releasing’s new logo representing the dawn of a new and familiar overture for Bond 25‘s US release.

Any myriad of reasons will have necessitated this delay of release (in the same way any myriad of good things surrounding the new film are just not public yet). It’s worth remembering Bond 25 is already *in* production. The brakes are already off on this particular Lotus Esprit. This isn’t a delay in Bond’s newest bullet happening. This is a slight postponement of its final, theatrical release (a release that will actually be earlier when one factors in media and industry screenings and various international premieres pre theatrical roll outs). But maybe a preferred location, cast member or vital licensing partner could not be feasibly secured within an original timeframe? Maybe a distribution schedule could not work with the original calendar? Maybe new working relationships need new amounts of time to benefit everyone? Maybe the promotional side of the project needs re-aligning? Maybe April and its school holidays and spring break is actually a cannier release window to hit than the middle of February? The Easter weekend that Bond 25 will now hit represents a four day potential dominance of the box-office. Valentine’s Day didn’t. Maybe moving Bond out of the wake of Star Wars: Episode IX‘s theatrical and domestic release is no bad thing? Maybe the abundance of creative and corporate marriages that accompany a new Bond needed more wiggle time?

And maybe – just maybe – all the stops, bells and whistles need to be properly polished and re-loaded to honour what will be Daniel Craig’s final James Bond film. His tenure has seen a second golden age of Bond – a renewed era of pride in the role and the franchise from the world’s audiences, critics and filmmaking peers. See the extra drinking time for that last round as a good thing. 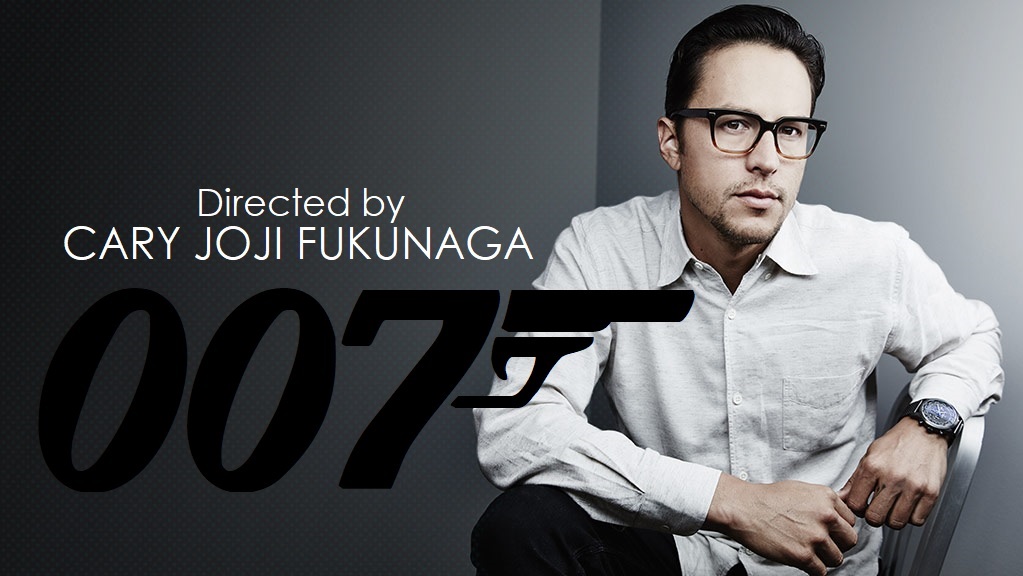 Perhaps the producers of a franchise they have owned and nurtured through often difficult times, eras and legal hurdles are entitled to schedule their twenty-fifth film in exactly whatever way they want?! Cyber commentators love to bemoan the perceived lack of quality of any film or franchise, but kick off like Rosa Klebb on a Turkish city break if those responsible for their favourite titles take extra time to get things right.

We are not in the Sixties anymore. Bond, cinema and movie production is not in 1967. Or even 2007. Not one franchise can realistically and properly release one film every year or two years. Or if they do they tend to be called Fast & Furious 19. We cannot hold up the new Disney era of Star Wars movies as releasing five films in the same period between Spectre and Bond 25 as some indication the latter is getting it all wrong.

The new Star Wars movies have between them gone through seven directors and at least seven different main producers (not including the three years of production that occurred before the 2015 release of The Force Awakens). That is not the lay of the production land for Bond. Likewise, the Marvel Studios’ movie output comes from multiple directors, producers, writers, states and studios. And countless recent Marvel and Star Wars movies have been delayed (the release of Episode IX got a seven month postponement around the same time Solo – A Star Wars Story suggested the saga had created an embarrassment of riches). This bullet catcher doesn’t remotely believe five films in fourteen years to be a bad thing for the Craig era. Or indeed any Bond era. The opposite in fact. Bond should be an event, not a vending machine.

Mark O’Connell is the author of Catching Bullets: Memoirs of a Bond Fan. Bond 25 will be internationally released from April 8 2020.