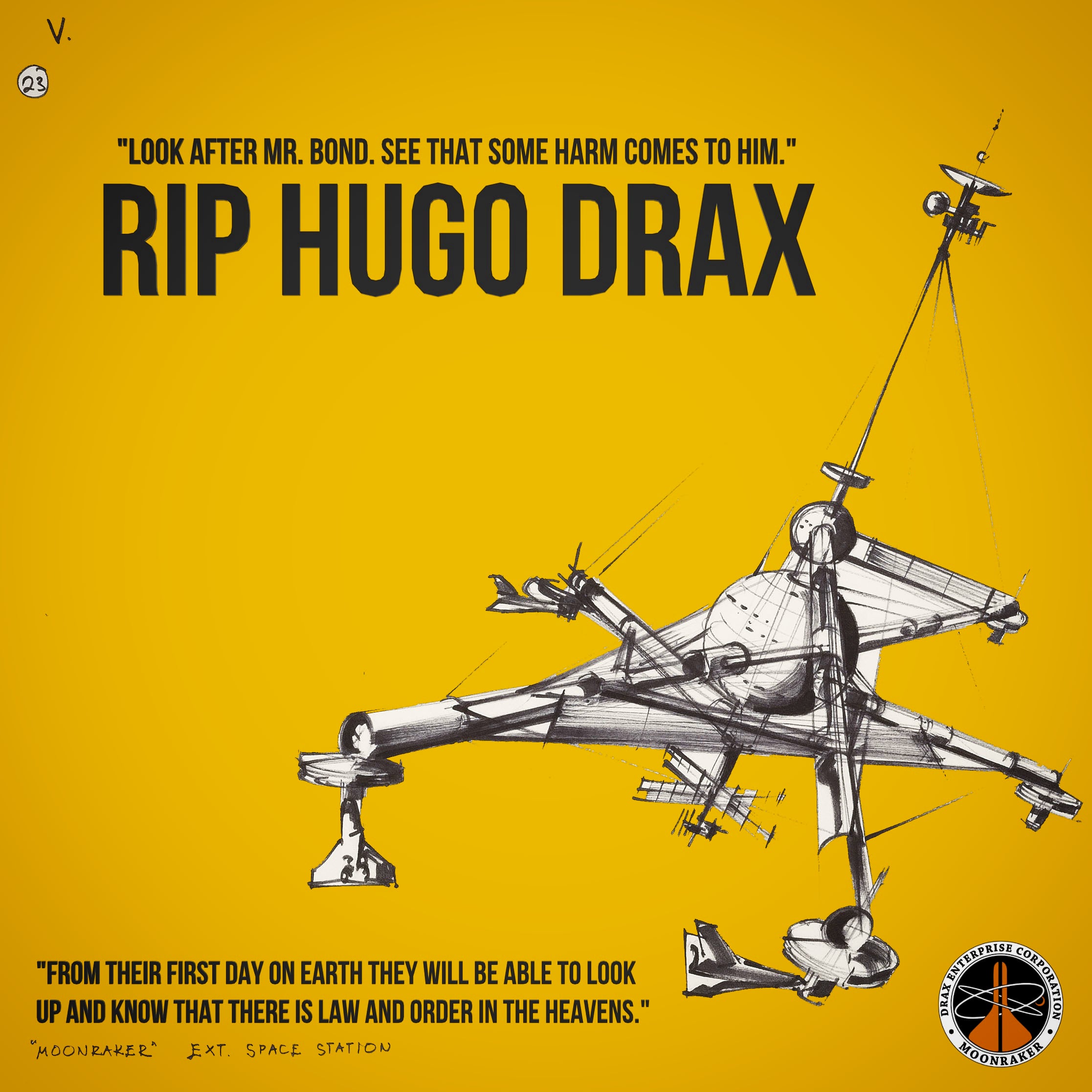 ‘How would Oscar Wilde have put it?’

Yet, when in 1978 the French actor Michael Lonsdale took on a precariously familiar villainous trope with the gravity of caricature working very much against him for 1979’s Moonraker, he navigated past the easy Mao collars, asexual cliches and ten year old Donald Pleasance influences to pilot his 007 foe into an orbit of elegance, verbal poise, refined grace and quietly chilling intellect. The pitfalls for all Bond villains – especially those of the 1970s – was a piranha, shark and snake filled pool of potential banality and hackneyed cat-stroking. Lonsdale was the last of the grandiose Bond antagonists for a while. And he bowed out the institution with superb eloquence, total conviction and delivering dialogue with a poetic bent. Those that followed were only to ever echo his era and sophisticated stamp. As they bask and hide in their Ken Adam-inspired production design, Lonsdale’s effete Hugo is there in every cultured and coutured Silva, Carver, Greene and Safin.

No landmark Ken Adam set with their gantries, Pinewood angles, mixed materials and Cold War modernism was ever really complete without a scene-eating villain. And for Adam’s last masterwork for Bond, Michael Lonsdale didn’t even try to compete. He knew his quietness, artist’s patience and character’s solitary mind would be enough. 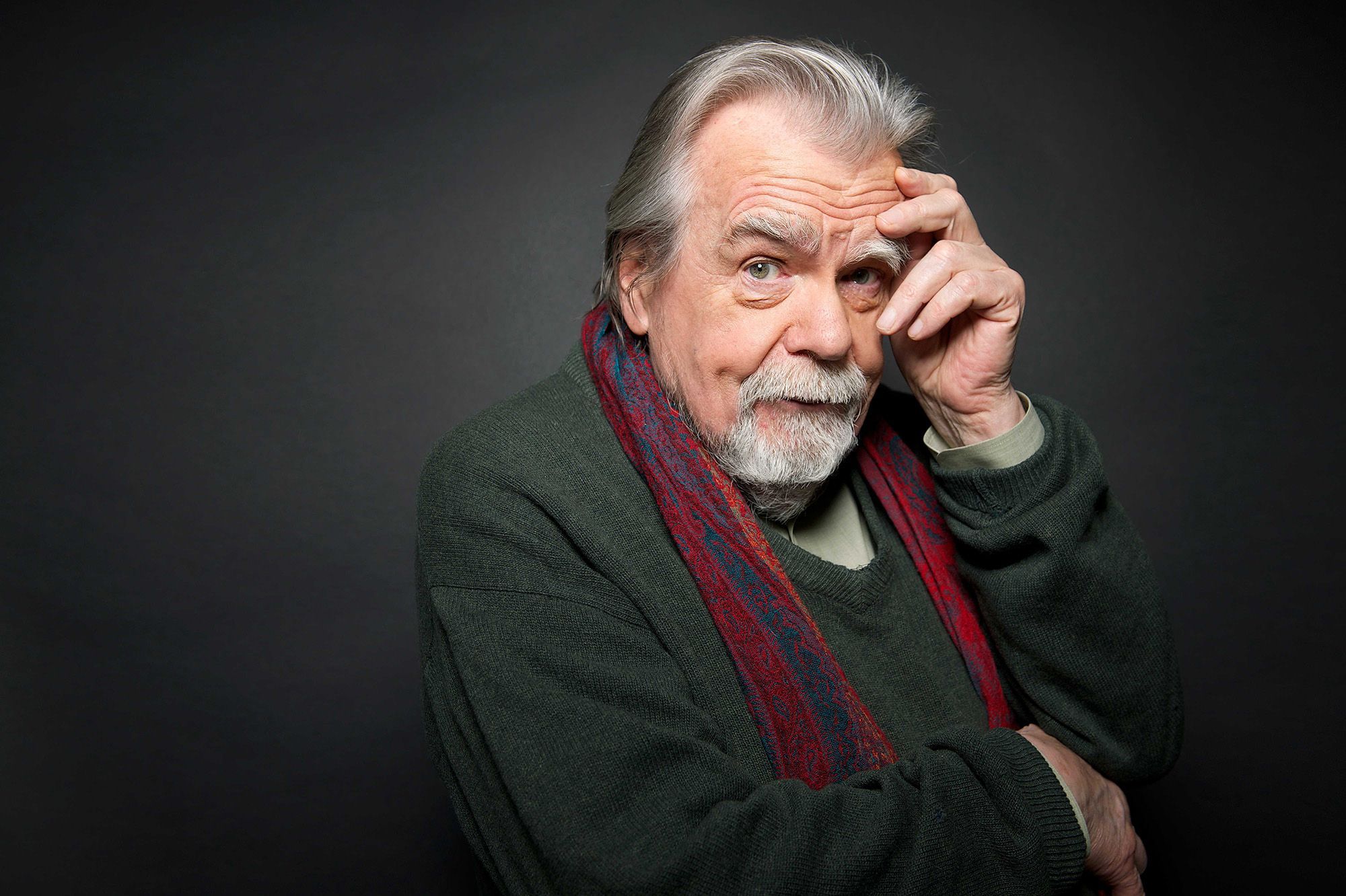 With Curt Jurgen’s Stromberg two years before him laying out some of the Bond villain plastic egg-seat chairs (but arguably with far less presence and cold panache), Lonsdale’s Drax took his predecessor’s baton for arch, finger-bending villainy and ran further – and higher – with it. He was the first Bond antagonist who made a real 1980s play of branding, logos and literal globalization. In their forty-five year history, there has oddly yet to be any definitive space shuttle movie. Yet, there doesn’t need to be. Lonsdale’s Drax literally sells the world the very image and gameplan of NASA’s shuttle program two years before the delayed launch of Columbia in April 1981 achieved it for real. Not every actor could play a villain at the centre of this very real life and expectant tech and not get lost amidst the models and Kubrick-reaching excess. But with John Barry’s dignified autumnal score as backdrop and some almost timeless miniature work, Michael Lonsdale held his ground – and is easily one of the safety capsules Bond ’79 utilizes when it just so very nearly becomes untethered in space forever more.

‘Mr. Bond, you defy all my attempts to plan an amusing death for you.’

The best Hercule Poirot cinema never had, one of the best Bond villains we thankfully did and one of France’s granite actors who collaborated with Francois Truffaut, Steven Spielberg, Orson Welles, Fred Zinnemann, Joseph Losey, Milos Forman, John Frankenheimer, Jean-Jacques Annaud and Merchant-Ivory, perhaps Michael Lonsdale’s best indicator of his true cinematic legacy is one this bullet catcher witnessed in 2019. 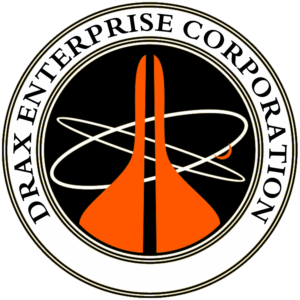 When happily wearing a Drax t-shirt to an evening with a real-life space shuttle hero, I was confronted by real-life astronaut Michael Foale in his NASA jacket and studious pose. With a glint in his eye and a professor-like pause as he sized up my Drax Enterprise Corporation day-wear properly, Dr. Foale quietly asked with all the apparent wisdom of a Drax and Moonraker fan, ‘Are you ready to create a super race in the untainted cradle of the heavens?’. That is what the movies, their heroes and their villains can do. They leave one atmosphere for another and there is sometimes no stopping them. Suffice to say, a real NASA, ISS and MIR astronaut had headed into the stars with Moonraker and Drax not a million light years from his thoughts. There are no seasons in space. However, there are movies.

‘You must excuse me, gentlemen, not being English, I sometimes find your sense of humor rather difficult to follow.’

Moonraker’s Hugo Drax wanted immortality in the stars. In the world of Bond and 1970s cinema, Michael Lonsdale made sure that happened forever more in any universe where movies and Moonraker shuttles are still flown. 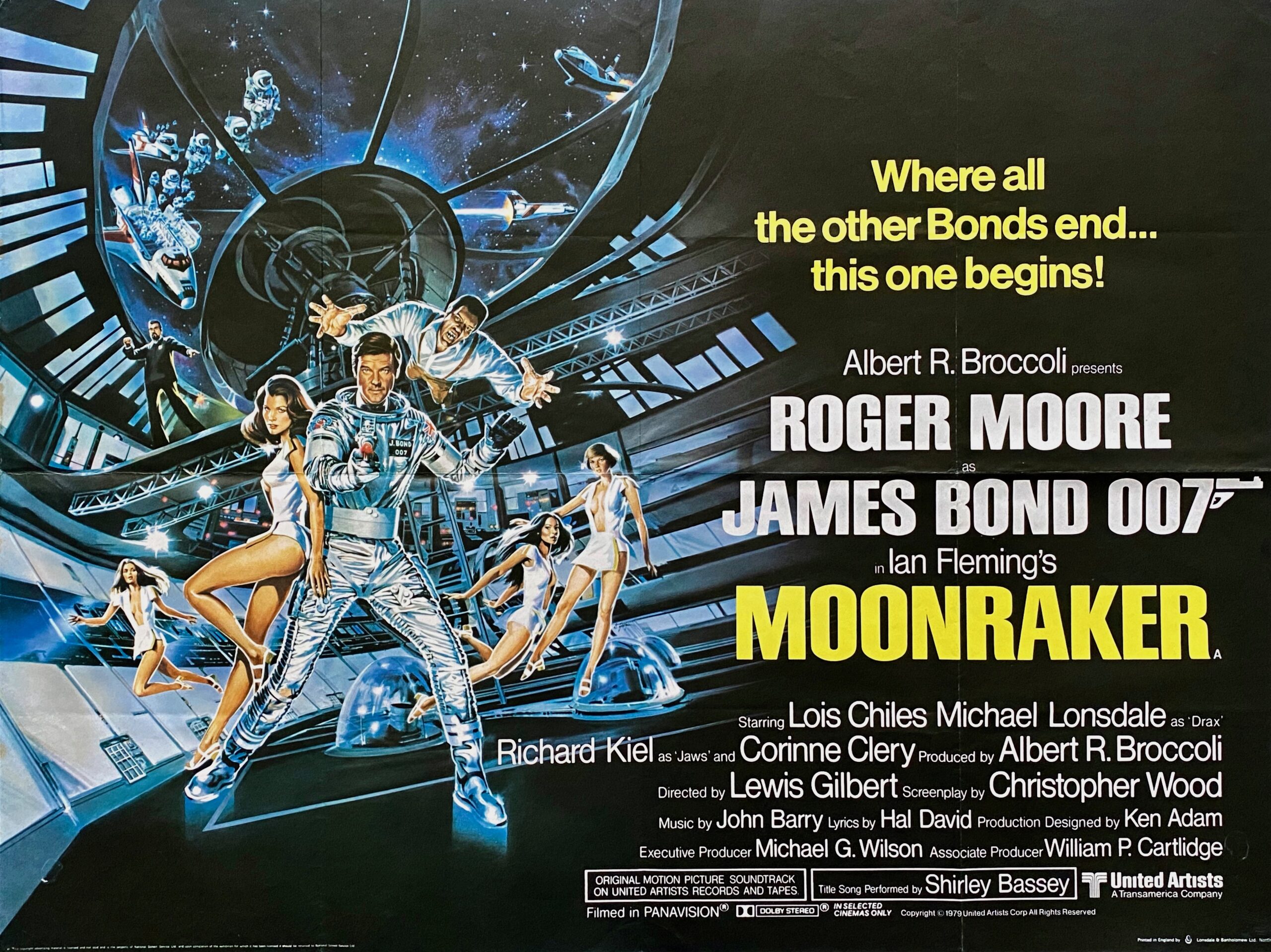