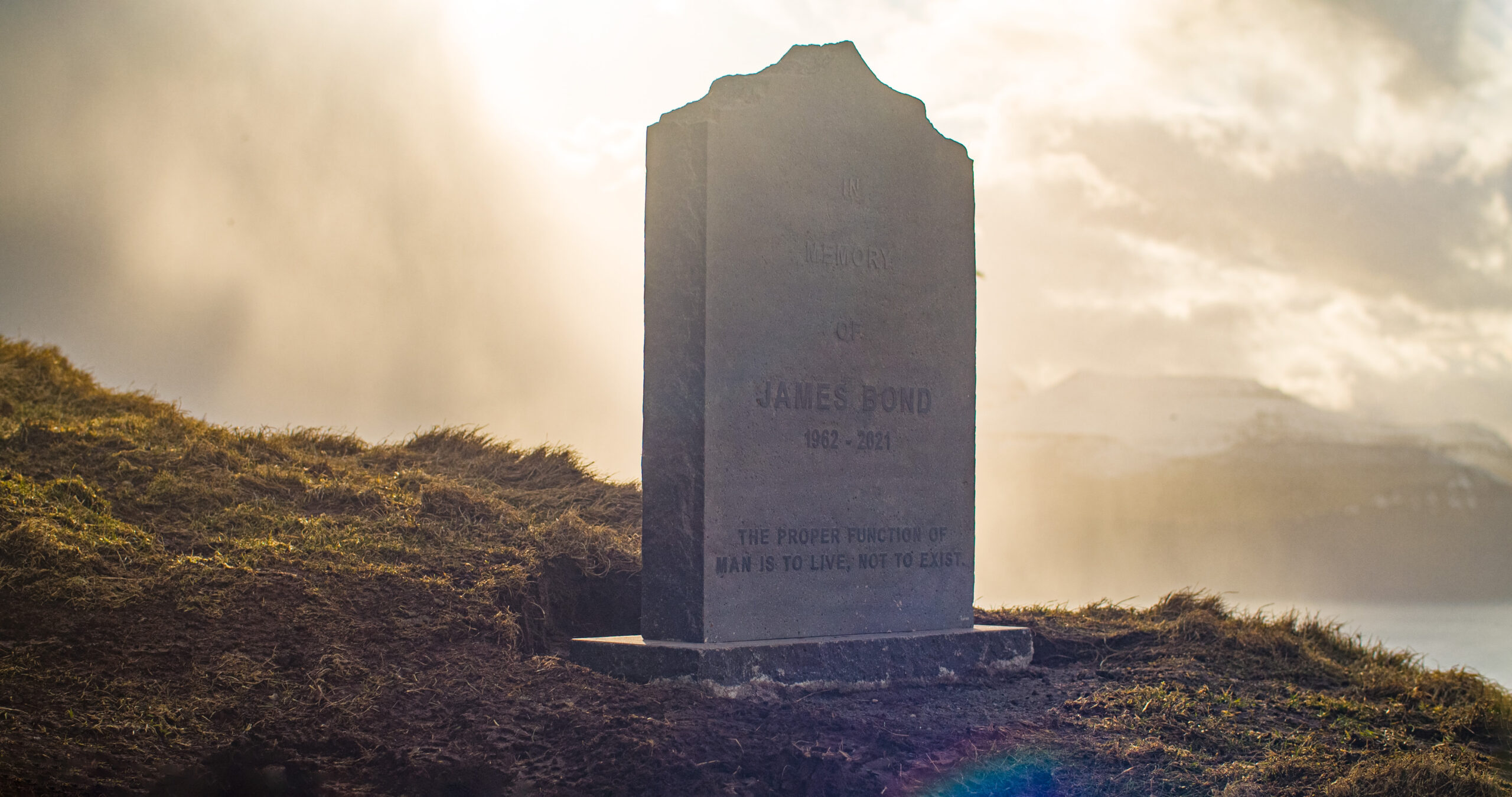 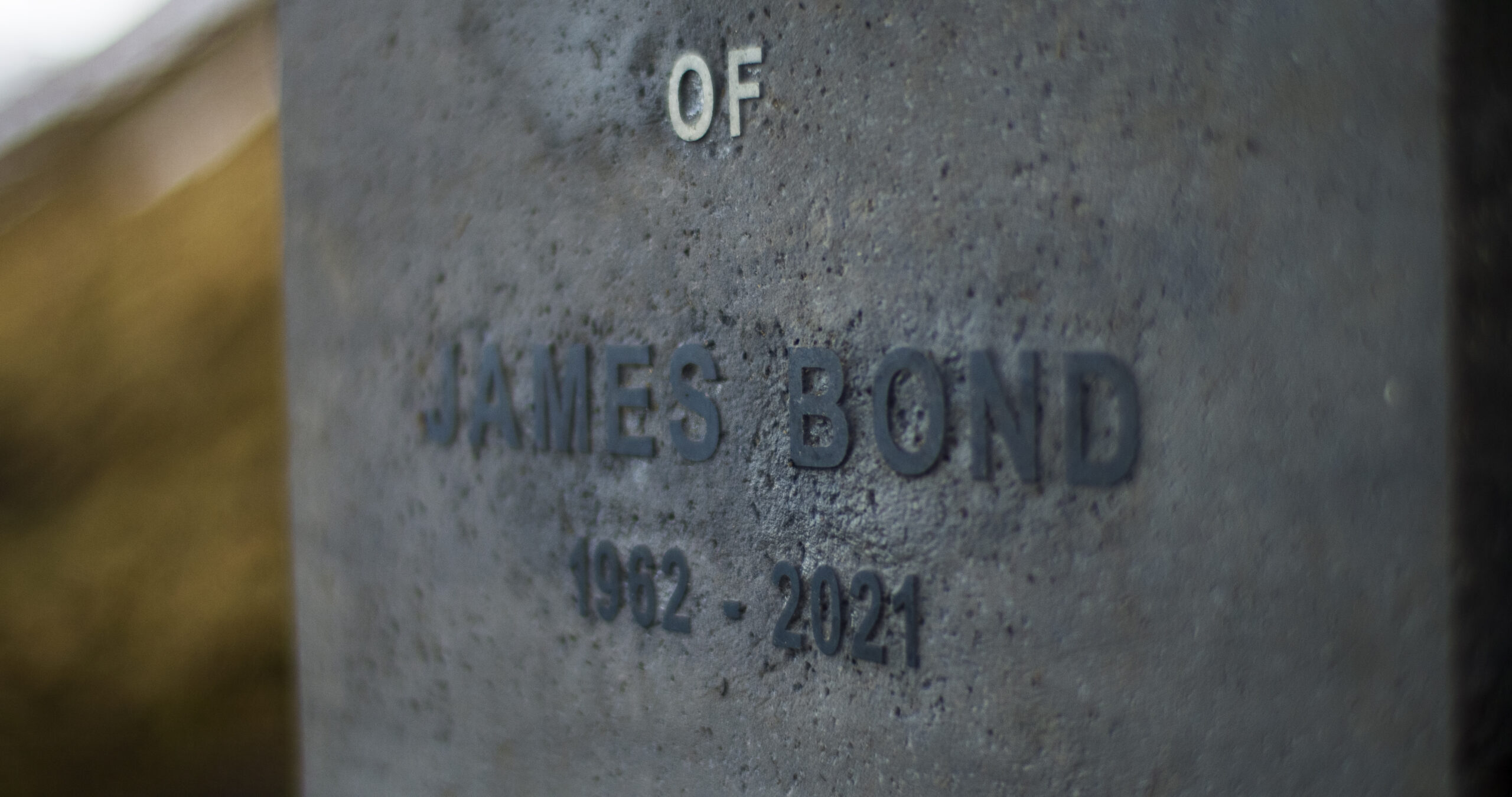 As at least one 1973 Bond villain once noted, ‘names is for tombstones, baby!‘

And he was right as now at least one James Bond is now being forever commemorated in bespoke stone by Faroe Islanders – and in a very apt No Time to Die location which Bond fans can now visit. With a memorial stone carved out of 007 love and placed for photo-ops forever more, the Faroe Islands are the newest Bond location alumni expecting vacationing fans and visitors to their rugged emerald shores. The beautifully dramatic landscapes in Bond’s sunset bullet were lensed in the northern archipelago in the North Atlantic ocean. 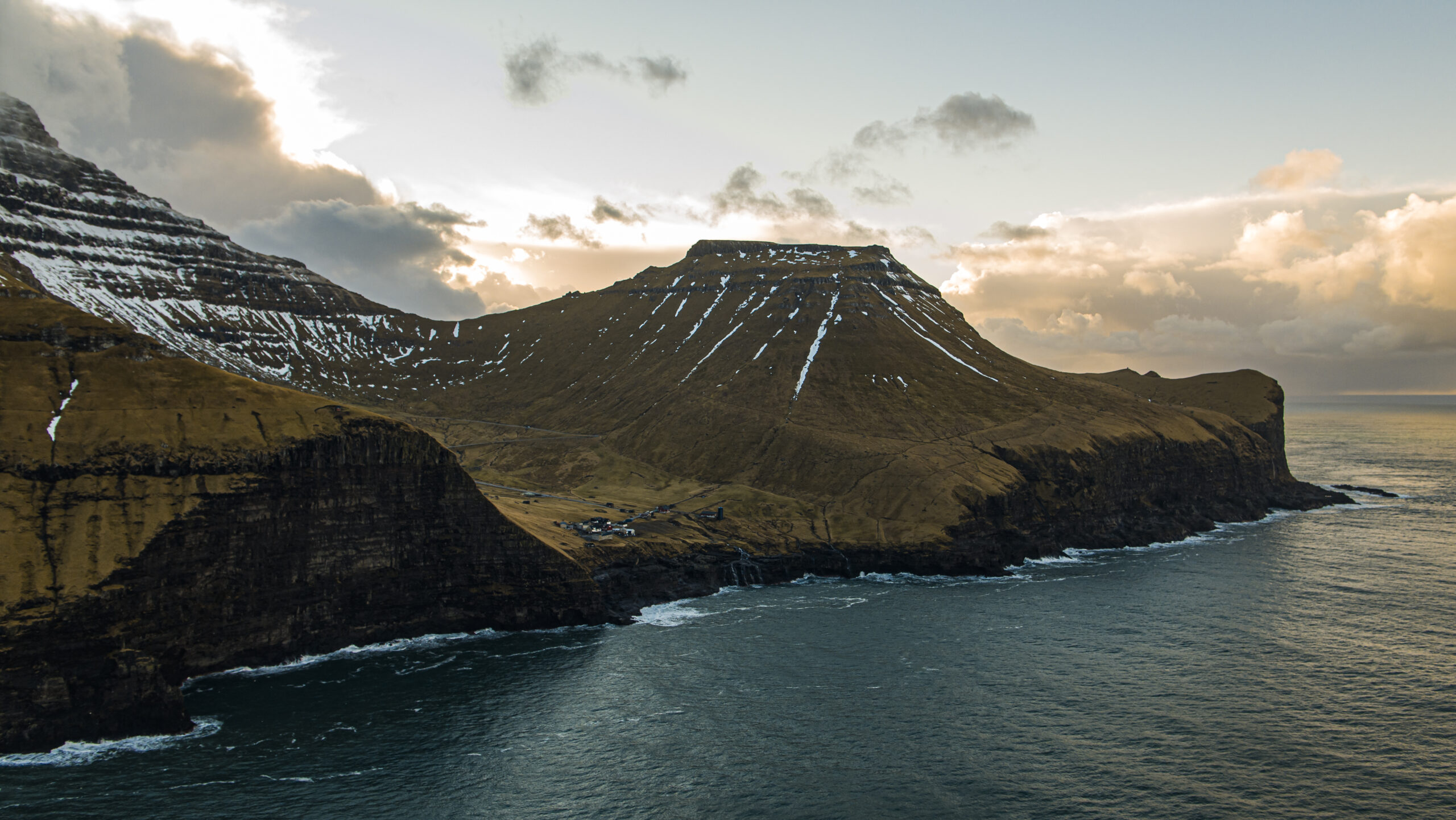 The Faroe shoot on No Time To Die took place on and around the islands in the autumn of 2019. Sixty crew members visited Kalsoy Island with the Trøllanes village and the Kallur promontory on the island’s northernmost end not only supplied majestic backdrops for the second unit and first unit cinematography teams, but also unit bases. Safin’s lair was shot on Kolsoy. Whilst much of the imagery was often later digitally enhanced, crews still had to get in and create the plates and footage to achieve that. The vivid scenery from the Kallur promontory and the jagged Nestindar summit were stunning additions to the Bond call sheets. Whilst the Kallur Lighthouse is not featured in the film, it is cinematically replaced by a tower and forms part of Safin’s base. 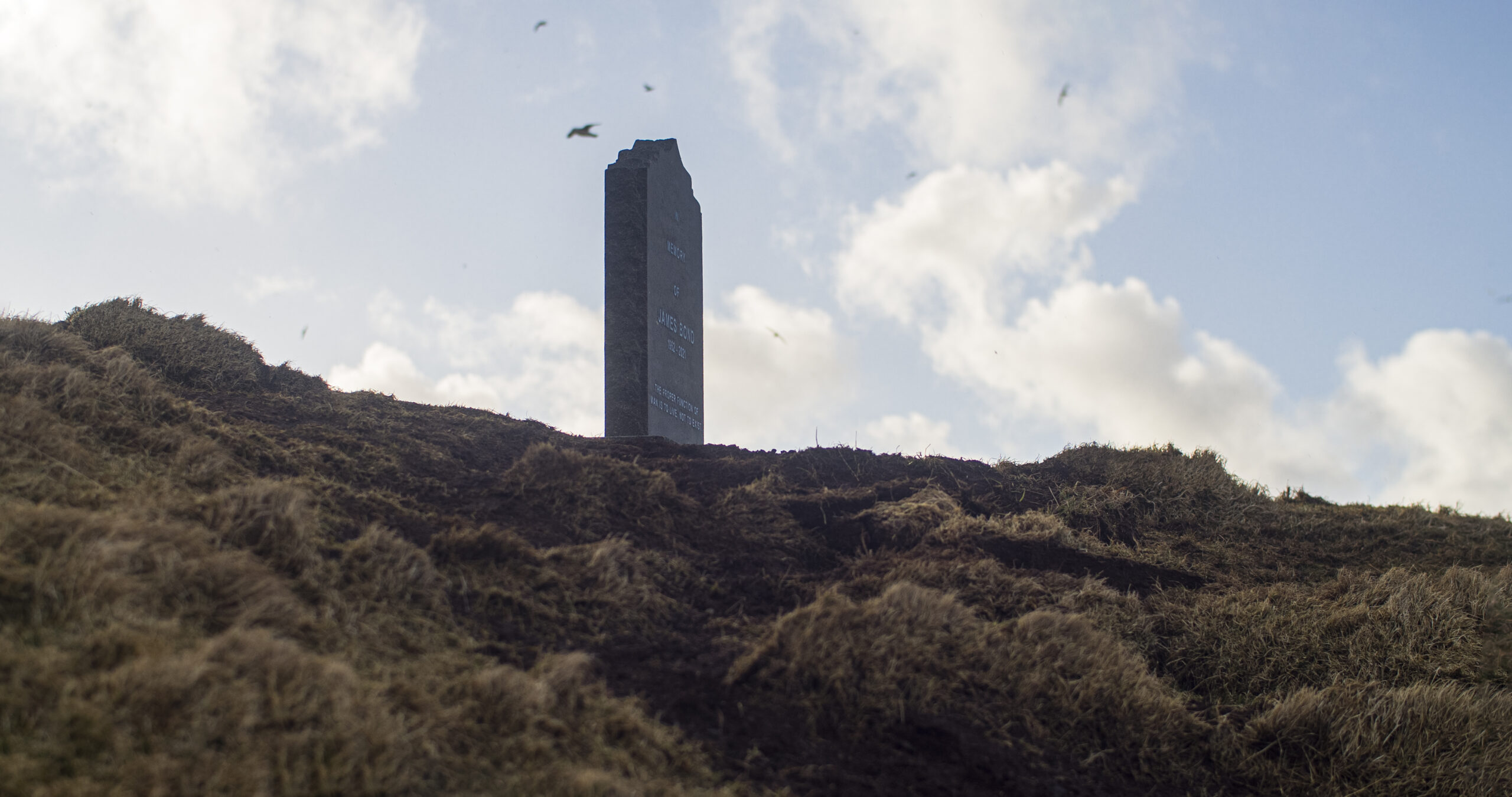 It is near the Kallur Lighthouse where Bond is standing when the deathly Naval missiles fire down on Daniel Craig’s five film tenure with such emotional and visual finality. However, Daniel Craig himself never actually ventured onto the islands. His scenes were all completed on digital soundstages back at Pinewood Studios.

After the film’s release, local villagers banded together to commission and position a tombstone in warm memory of Commander James Bond. Cut by an experienced and acclaimed stonemason in the village of Skopun, the headstone is aptly carved from Faroese basalt. It was then transported to Kalsoy Island by a local Atlantic Airways helicopter. The stone was loosely based on the same stones that visually punctuate Skyfall Lodge and chapel in 2012’s Skyfall. 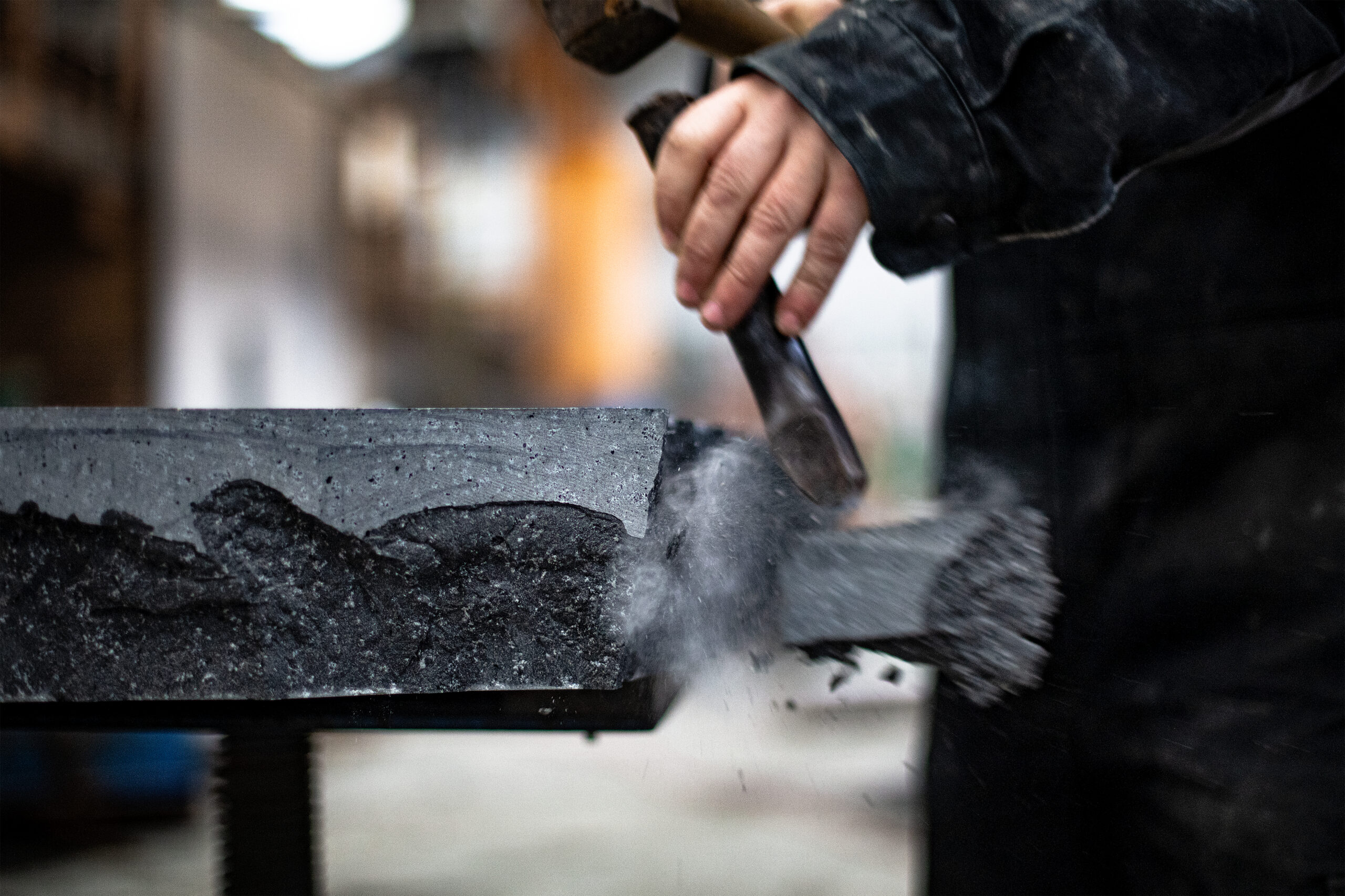 The Amazing James Bond Gravestone in The Faroe Islands – YouTube 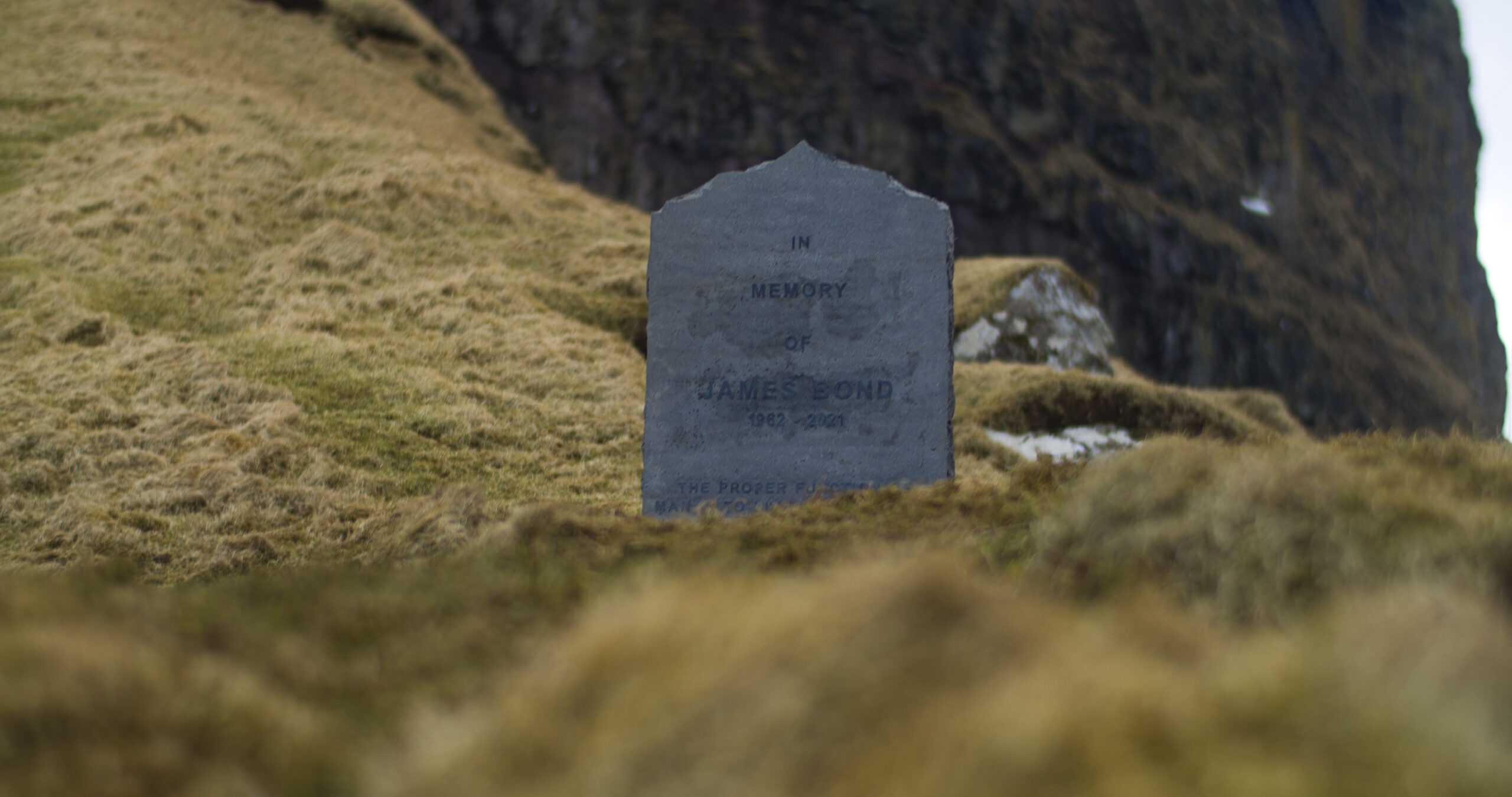