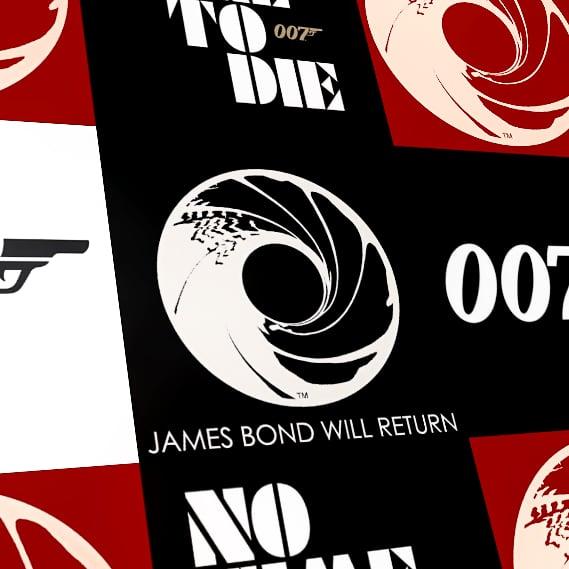 In the world of high adventure the highest number is not right now 007. It is 2020. Or Covid-19. And as the Coronavirus recedes with a sense of some calm on some shores and is a definite tidal wave on others, the studio decision makers responsible for the twenty-fifth James Bond movie bullet No Time to Die have regrettably had to make to make a sequel of sorts to the delay announced in March 2020 – with a new statement detailing how the twenty-fifth Bond movie could well now be a four-day Easter Parade.

‘MGM, Universal and Bond producers, Michael G. Wilson and Barbara Broccoli, today announced the release of No Time To Die, the 25th film in the James Bond series, will be delayed until 2 April 2021 in order to be seen by a worldwide theatrical audience. We understand the delay will be disappointing to our fans, but we now look forward to sharing No Time to Die next year.’

The postponement (which is not the same as a cancellation) of the twenty-fifth Bond movie No Time to Die was sadly ever inevitable in recent days and weeks – despite a real concerted effort to mark and maintain the touted November release. This is not just Bond. This is every movie and studio’s hard decision and ultimately responsibility. Top Gun – Maverick, Wonder Woman 1984, Ghostbusters – Afterlife, A Quiet Place – Part II, Dune, The King’s Man, The Eternals, F9, The Many Saints of Newark, Soul, Black Widow, Candyman, Cruella, F9, West Side Story, Morbius, Jurassic World – Dominion and even SpongeBob SquarePants have had to also revise and delay their release plans. Add a global pandemic with many uncertainties and global companies like MGM, Universal and the Bond brand have to make hard choices. And some titles such as The Batman and Jurassic World – Dominion have now pushed into 2022 – with newer factors of delayed productions and an already busy 2021 theatrical calendar influencing the mogul’s minds. If we even assume 2021 gets greenlit as year of cinema, add the summer festivals, Euro soccer tournaments, Tokyo Olympics, Glastonbury, Wimbledon and all the nice things we want back. 2021 is not always the easy alternative.

Bond is in the same Q-Boat as everyone else and every film navigating this virus. This is genuinely hard news for a company of filmmakers who have worked tirelessly to get a film ready and released as long planned and against a lot of controversy and media daggers. No one wants to fire this film at the world more than EON Productions. This was not a second 2020 decision made lightly – especially as the concerted effort was to push on with a November 2020 release and all its tie-in circus, ad space and merchandise fireworks. It is a definite current blow for movie fans. But remember it is more of a blow for the movie industry and its multiple eco-systems. When some lambast concerns for getting all our economies moving versus the public health, they overlook how the economy (and yep, even the cinema industry) is also about people’s health, safety and mental well-being. But the wider realities of why have to be remembered. A Bond film is a global event and a global adventure. It makes a wise and sane sense to remember ALL audiences across the world. Whilst one territory might be coming out of a viral outbreak, others are not at all. And Bond’s box-office is made up of many components – including China, Italy, France, Japan, South Korea, the UK and the USA.

Unless we are to assume Bond is holding on until Billie Eilish is old enough to order a drink at the premiere after-party, we can look at the Vesper cocktail glass she might order as being either half empty or half full. The film was finished. Many titles, TV series, franchises and event movies were stalled during production and didn’t get to complete. And some never will as not all artists, technicians and studios diaries will be able to work with shifting schedules. Other great titles no one even realized were happening have been lost altogether. Jurassic World – Dominion had to turn off the cameras barely four weeks into a twenty week shoot. And some 2021 titles already announced are now stalling into 2021 because production was thwarted. Despite his own productions delays, Bond avoided that altogether different nightmare scenario. Not one of Bond 25‘s over-reported delays stopped the film being made. Every production delay ensured the film was made.  And this exhibition delay ensures the film is seen. And no – a VOD, streamed Bond film is not where the future of Bond will be. Franchises don’t make the right levels of cash with streaming only. Trolls 2 was not an all-out success in that respect. Nor was Trolls 2 balancing the future of cinema’s biggest franchise.  If they knew they could, then Black Widow, Maverick – Top Gun and Wonder Woman 1984 would have been released online in the lockdown spring of 2020.

However, this is also not March 2020 anymore. We are at a different, better moment on this virus’s timeline. Cinemas are opening. Just because some folk don’t feel confident to return to physical cinema, does not mean many others haven’t already. This bullet catcher saw Tenet at London’s IMAX Waterloo to a packed and very safe house. And no-one caught Covid-19, nor are movie houses reporting cases. However, the situation in North America has no doubt forced the hand of at least one MGM executive’s mind as the industry lobbies Congress to open up movie theaters. At the end of September 2020, No Time to Die‘s Barbara Broccoli, Michael G. Wilson and director Cary Joji Fukunaga joined with the Directors Guild of America, the National Association of Theatre Owners, the Motion Picture Association and the biggest names of global cinema in an open letter to ask Congress to support and understand the situation with America’s picture houses.

‘The pandemic has been a devastating financial blow to cinemas. 93% of movie theater companies had over 75% in losses in the second quarter of 2020. If the status quo continues, 69% of small and mid-sized movie theater companies will be forced to file for bankruptcy or to close permanently, and 66% of theater jobs will be lost. Our country cannot afford to lose the social, economic, and cultural value that theaters provide.’

This is the exhibition reality facing every motion picture waiting to be released since March 2020. As soon as Christopher Nolan’s own espionage time-dying riddle Tenet (2020) proved to rekindled box-offices and nervous studio number crunchers that if you build it audiences will come, there was an industry suggestion and feeling cinema could turn on the projection room bulbs again. In five UK days Tenet secured the same business that Nolan’s Interstellar (2012) achieved in three non-pandemic days. And whilst experiencing Tenet was a movie fan’s must, it was never going to be the title to kickstart the movies for a wider populace. That is what a shiny new Bond bullet could achieve over an Easter weekend. Cue F9 reversing away sheepishly from its Easter slot because Bond has a bigger engine and horsepower. Some big film festival fixtures have continued, the London Film Festival 2020 is already holding press screenings and the celluloid is flickering in the dark again.

Meanwhile, studios and production are ramping up too. Jurassic World – Dominion has now resumed production at Pinewood Studios and the famed 007 Stage. And that dino-sequel is from Universal Pictures – the distributors and studio also responsible for No Time to Die. Likewise, M:I 7, The Little Mermaid, Avatar 2, Stranger Things 4, Doctor Who and The Crown V are continuing production, and Robert Pattinson is back from Covid and currently Brucing his Wayne all over the UK.

Yes, this new delay stretches the gap since Bond’s last opus Spectre (2015) to one that mirrors the hardest gap in 007’s movie history – namely the painful six and half year delay between Licence to Kill (1989) and GoldenEye (1995). But not one of those days in that fan-aggravating scenario diminished the globe’s fever for Bond. When Pierce Brosnan launched a vital new era of Bond in November 1995, it was an event – a movie happening where the world (not just fans) was wholly aware a new Bond film was getting ready to fire at movie screens. That would arguably not have happened had GoldenEye emerged in November 1991. In a time of multiple Marvel titles and a Star Wars saga that learned the hard way about how there is actually too much of a good thing, the current scarcity of Bond only ever bolsters its cultural currency and bespoke sense of project. Daniel Craig is now the longest serving Bond – a captaincy that will have straddled three successive decades. Sean Connery’s time in the role may technically have straddled four (if you count EA’s From Russia with Love in 2008), but that was a fragmented tenure. Craig’s will be continuous. And five films over sixteen years is still not a bad CV. We are no longer in 1962 (or even 1997 or 2006) when it comes to more regularly spaced Bond releases. It is a very different and more crowded movie world. 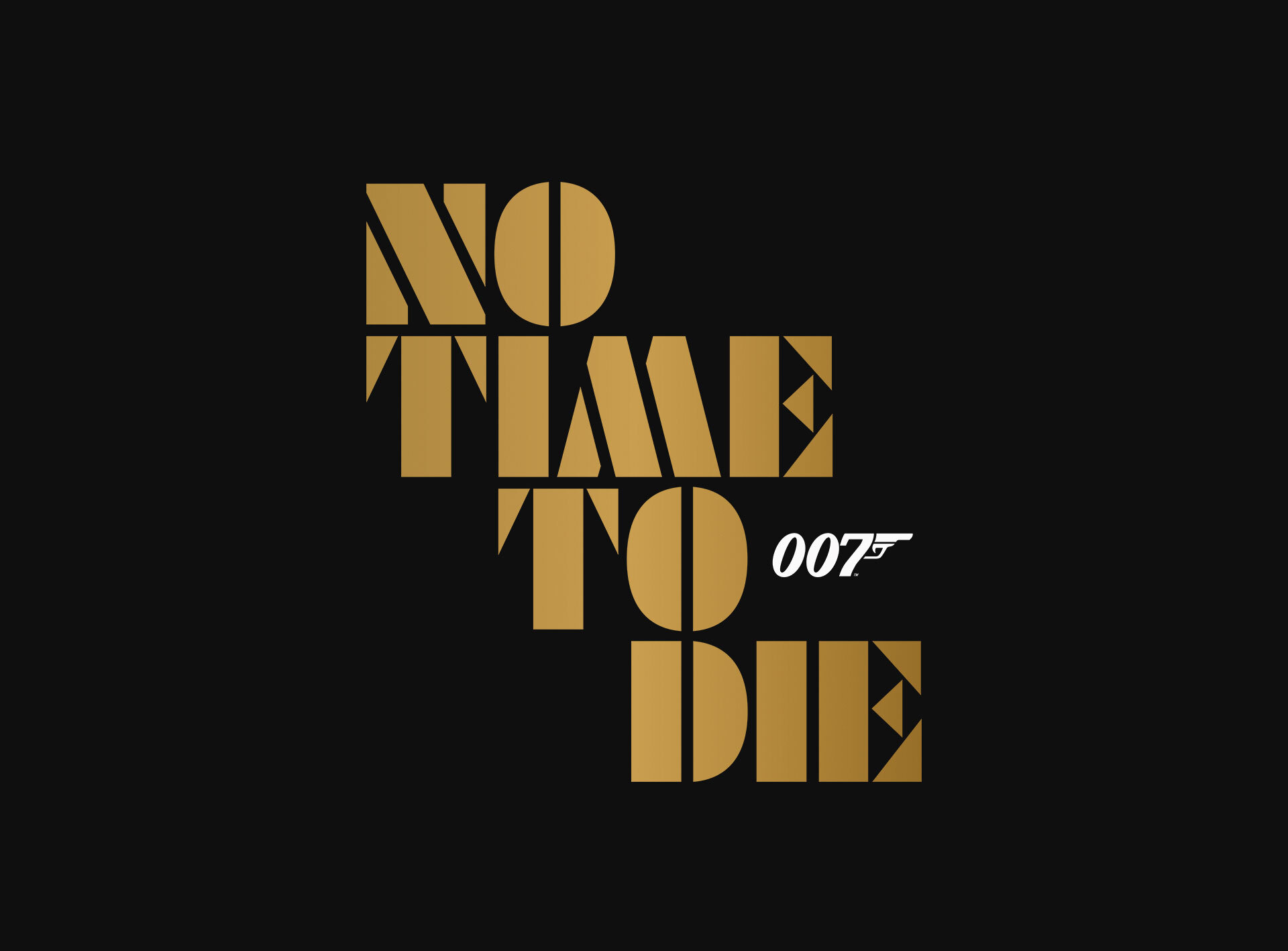 This new postponement does pose new issues for Bond’s movie future. An imagined 2022 film to mark the series’ sixtieth diamond anniversary may have made a future sense for the House of Bond. However, too much time would have indeed now died to mount a new Bond, a new film and meet that birthday release target. Yet, 1972, 1982 and 1992 never had an anniversary title. And whilst the twenty-first, twenty-fifth, fortieth and fiftieth anniversaries were marked with Octopussy (1983), The Living Daylights (1987), Die Another Day (2002) and Skyfall (2012), anniversaries are often for fans and not the wider populace. The media circus surrounding a possible new 007 and that actual ‘anointment’ signing may need more time if we were ever to get a 007th Bond by the fall of 2022 (assuming a future candidate has not yet been circled…). But, maybe a Wednesday October 5 2022 press launch at Pinewood Studios as Bond 26 starts principal photography with a recently announced seventh 007 is no bad notion either. And aren’t Bond films better in odd numbered years?!

When No Time to Die finally emerges into the light from its secret underground vault, there is every possibility James Bond 007 will still emerge as the returning hero of global cinema. No Time to Die will still pack many surprises, movie punches and 2021 minded adventure. Patience draws the prize. Again. And as a lot more hadn’t come out about the film and its tricks and supporting fanfare (not even supposed plot leaks), the prize is only ever more special now anyway. Daniel Craig gets to extend his tenure. And maybe this gives the House of Bond more time to get him to return, but also shoot Bond 26 before Bond 25 is even released?!

No Time to Die will be released from April 2021. Goldfingers crossed.