“The 1963 On Her Majesty’s Secret Service novel was the first to be published by Fleming when the filmic Bondwagon was well and truly on the move with the second bullet, From Russia With Love. In adapting a book whose author could now witness his creation’s cinematic afterlife and possibly channel a tiny modicum of that filmic thinking onto the written page, screenwriter Richard Maibaum conversely pens a very literary screenplay. The mediums of print and celluloid push against each other into a very happy and loyal adaptation. The verbose British writer Simon Raven also had a run at the script with the end result being a curious “Additional Dialogue” credit. The screenplay is certainly a wordy one, often made up of effusive exchanges between two characters putting the world and its human quirks to rights. Bond and Draco at a shipyard refuge, Bond and Ruby Bartlett’s post-coital chat about chickens, a genial gag between M and Moneypenny regarding “what would I do without you” and Blofeld and a captive Tracy discussing the poetry of an alpine dawn. The whole film is about the dialogue.” 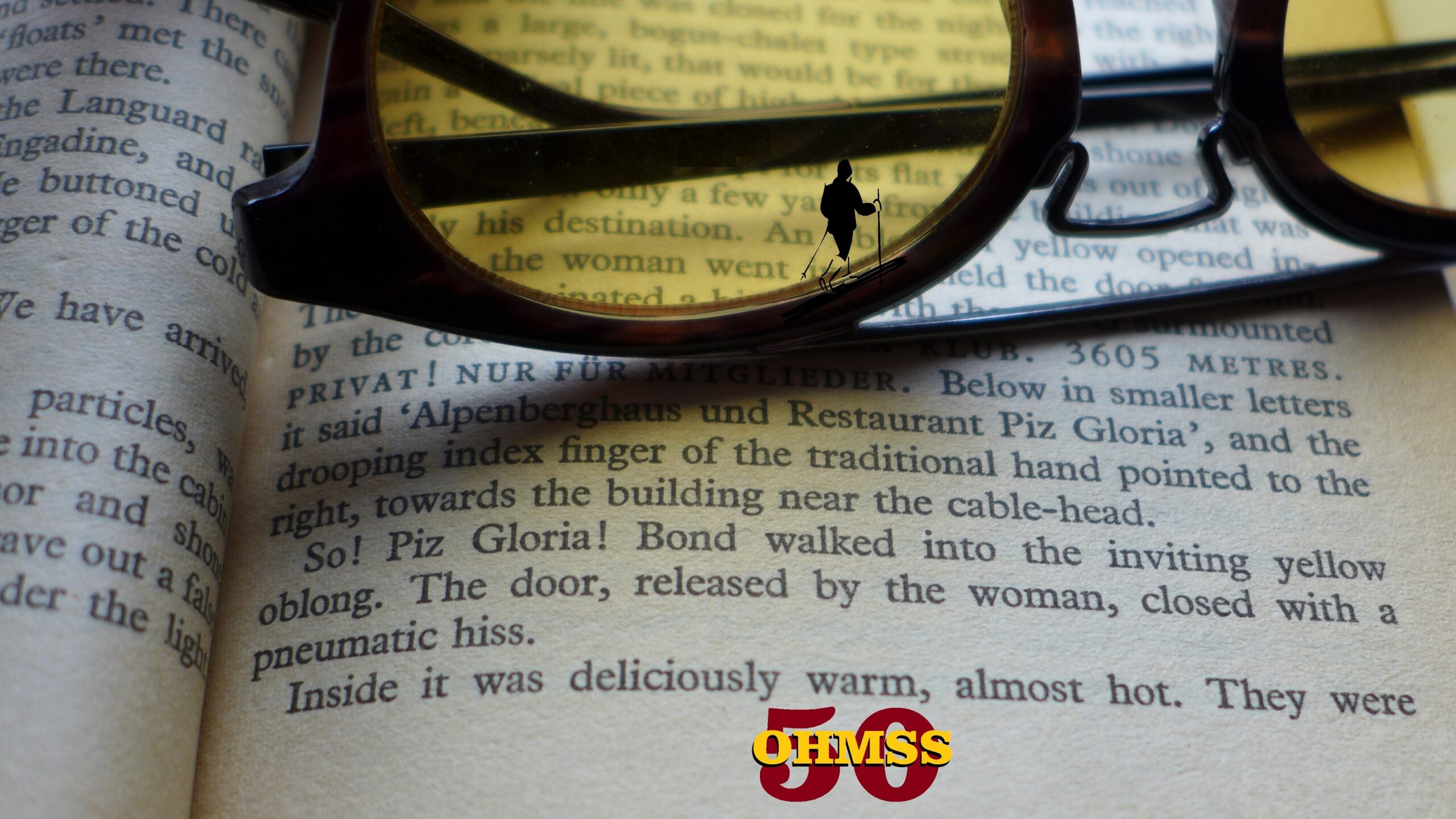 ‘Thy dawn, O master of the world, thy dawn.’  Fifty years ago the rogue bullet and spychedelic odyssey that is On Her Majesty’s Secret Service first premiered at the Odeon Leicester Square and ended Bond’s defining decade with a heraldic, romantic and moddish triumph. It is easily one of the best – if not the best – Bond bullets to have fired at the silver screen and is a favourite mainstay of Catching Bullets…

‘From the initial five film cycle of Dr. No through to You Only Live Twice, Barry created a sound and identity for one man who ostensibly had neither. Now that one man is part of a couple – so the score allows itself femininity alongside the masculine riffs. But that femininity comes tinged with a sort of romantic nostalgia – or mourning – for the subsequent death of Tracy…

Tracy is Bond’s Rosebud (the childhood sledge that famously haunts Orson Welles in Citizen Kane). She is the mournful muse all women in Bond’s world are to be judged by. She is Cathy to Bond’s Heathcliff, Vivien Leigh to his Clark Gable. This could not be a Bond Girl played by a dubbed European Leon Lovely. Rigg certainly plays Tracy with a soupçon of Vivien Leigh’s theatrical volatility. And like Heathcliff, Bond becomes almost vulnerable in her company.’

On Sunday September 29 2019 London’s British Film Institute (BFI) hosted a triple day of Bond anniversary bullets including On Her Majesty’s Secret Service. To mark the golden celebrations of 007’s rogue bullet OHMSS, the BFI and host David Walliams also secured the mission help of the second 007 himself, Mr George Lazenby. Not only did beautiful prints of all the films tease and enthrall the visiting fans, movie creatives and cine-minded guests, Mr Walliams hosted Mr Lazenby in a fun, sometimes frank and entertaining post-film interview.

As the inaugural Bond movie editor, Peter Hunt almost singlehandedly invented the pace of Bond. Those mêlées of repeated blows, flailing arms and mismatched frames quickly became the series DNA. If anything they have their final flourish in On Her Majesty’s Secret Service before a more literal sense of Bond film action kicked in. Despite the 1969 timeframe, the Bond films do not do psychedelic. Maurice Binder’s titles are as acid-head as the series gets. Yet Peter Hunt creates a sort of spychedelia – one that is wise to the new grammar of cinema and the real/unreal stylings of British fare like Performance (1968), If… (1968) and Blow-Up (1966). 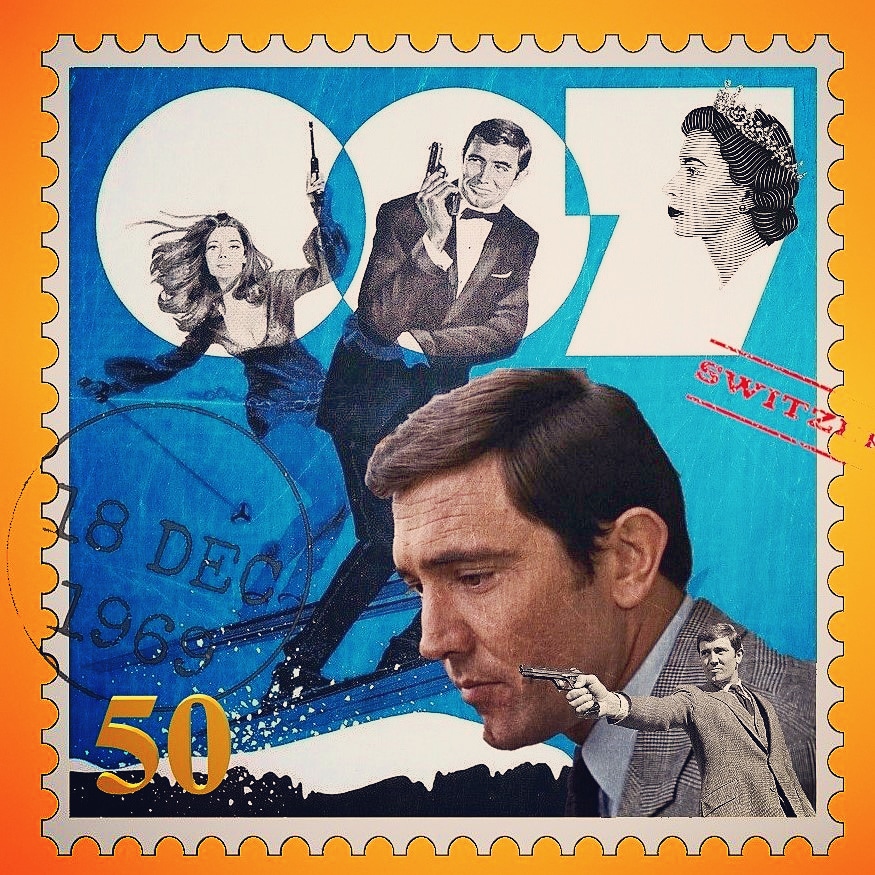 “Following the greatest talent hunt since the search for Scarlet O’Hara…”. To help Blofeld out the fifty candles marking the golden anniversary of OHMSS, documentary maker Alan Seeger chronicled the Swiss shoot in this rare 1969 short film, Swiss Movement…

Mark O’Connell is the author of Catching Bullets – Memoirs of a Bond Fan.