Meet THE OTHER FELLOW as a brand new documentary feature looks at the phenomenon of being called Bond, James Bond 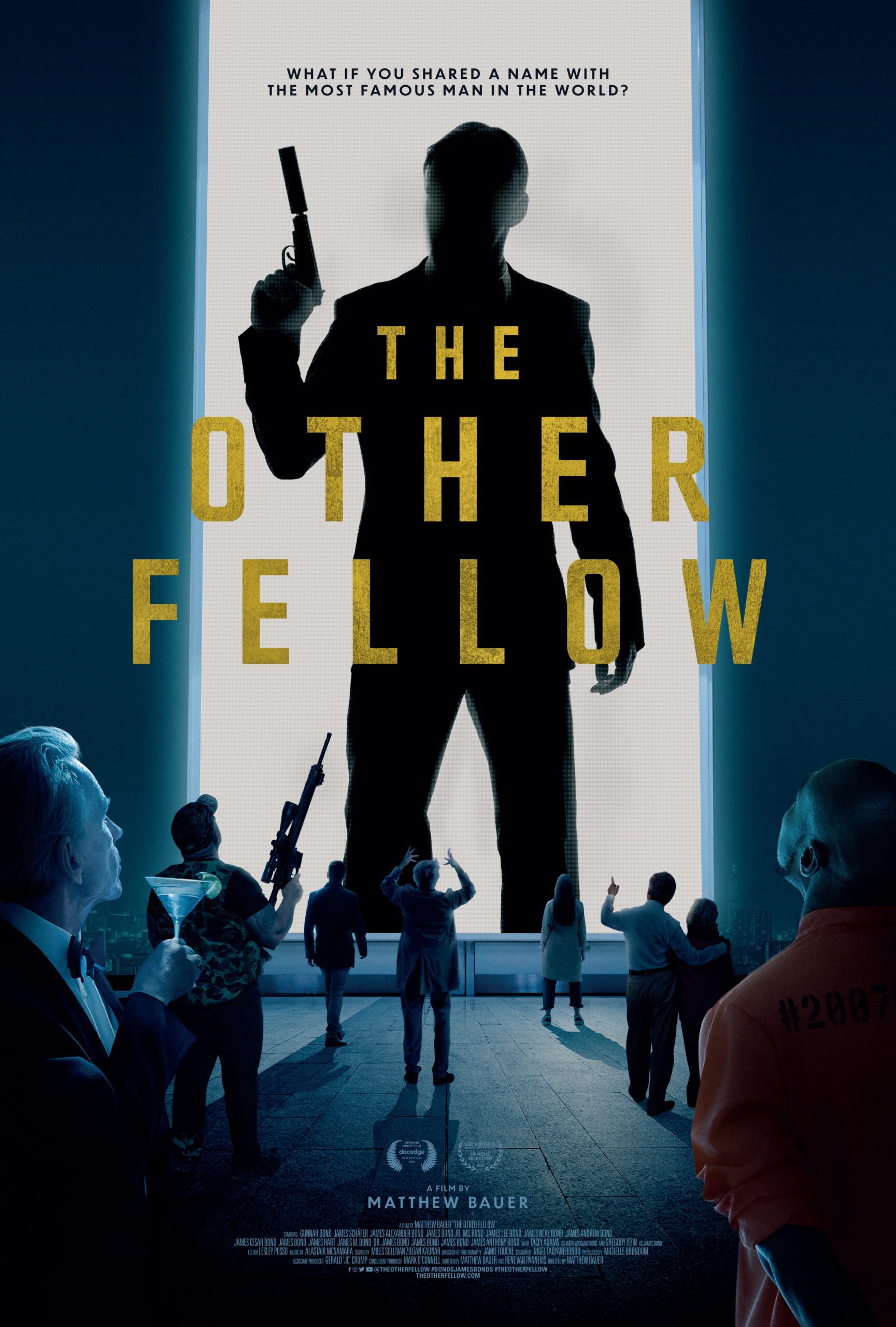 What if you shared a name with the most famous man in the world?

As the Bond movie series marks its sixtieth year in 2022 – and the literary Bond looks to a seventieth anniversary in 2023 – the legacy of that once simple, quiet name has evolved for many men across the globe. From the moment Ian Fleming and Jonathan Cape published 1953’s Casino Royale and which was subsequently compounded by Sean Connery’s immortal movie line “the name’s Bond, James Bond” in 1962’s Dr. No, being called just that has led to a lifetime of hindrances, adventures, surprises, associations and benefits for very real people leading very real lives.

To investigate this most fascinating fate for these people, their families and friends, Australian filmmaker Matthew Bauer gave himself a mission – to find, document and understand the multitude of stories these real James Bonds have always been in the [golden] eye of. An ambitious and globe hopping documentary feature, his documentary feature debut film The Other Fellow is an intriguing and wholly unique look at the pop-cultural impact of the 007 phenomenon. 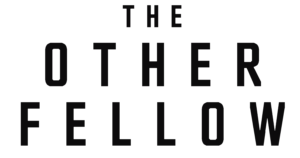 1952. Jamaica. When author Ian Fleming needs a name for his suave, sophisticated secret agent, he steals one from an unaware birdwatcher and creates a pop-culture phenomenon about the ultimate fictional alpha-male.

2022. It is the year of 007’s sixtieth anniversary onscreen and Australian filmmaker Matthew Bauer is on a global mission to discover the lasting, contrasting and very personal impacts of sharing such an identity with James Bond. 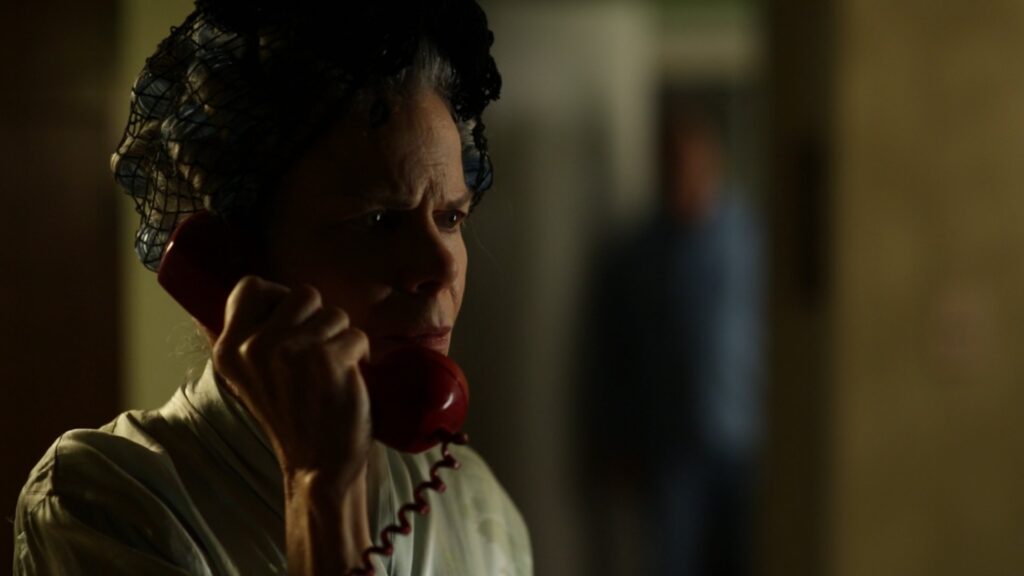 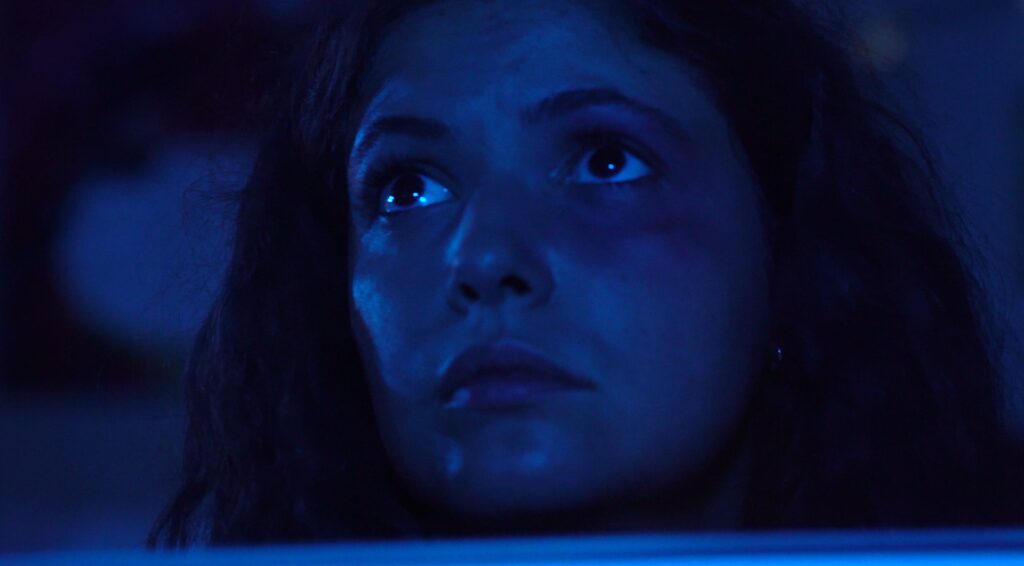 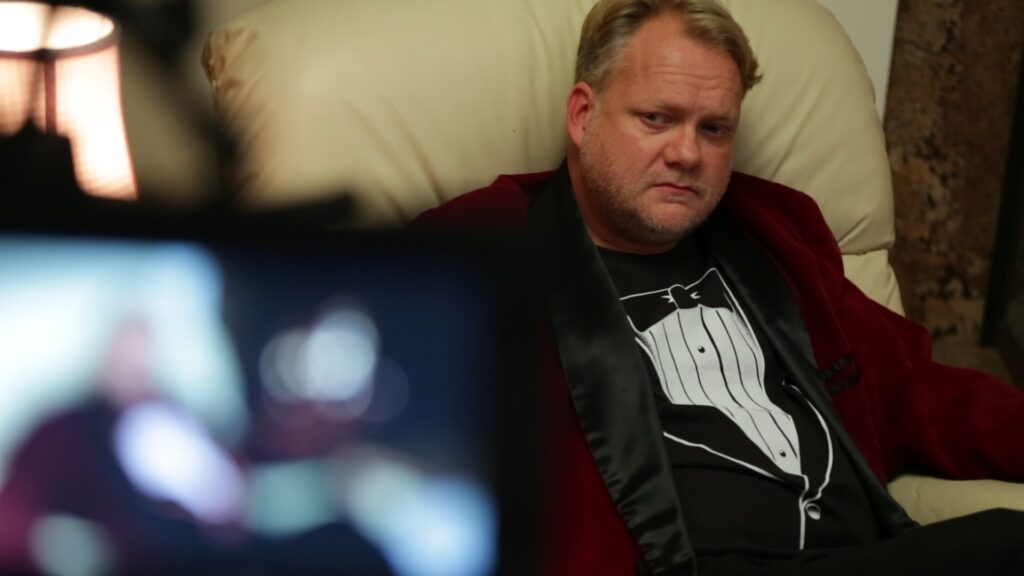 From a Swedish 007 super-fan with a WWII past, a gay New York theatre director, an African American Bond accused of murder, and two resilient women caught up in it all, Bauer’s cinematic journey is an audacious, poignant, and insightful examination of masculinity, gender, and race in the very real shadows of a movie icon.

Born and raised in Australia on a diet of Bond films, labyrinthine thrillers and Errol Morris documentaries, director Bauer attended NYU/Tisch and completed his Masters in Directing under the tutelage of Oliver Stone and Todd Solondz. His interest in film grew in high school where he made a run of several short films including Surveillance – a queer take on Alfred Hitchcock’s Rear Window – and mockumentary, Fakes. The Other Fellow marks his feature documentary debut. Matt is a proud LGBTQ+ filmmaker and has a unique worldview expressed in his films – something he was keen to get right in The Other Fellow. 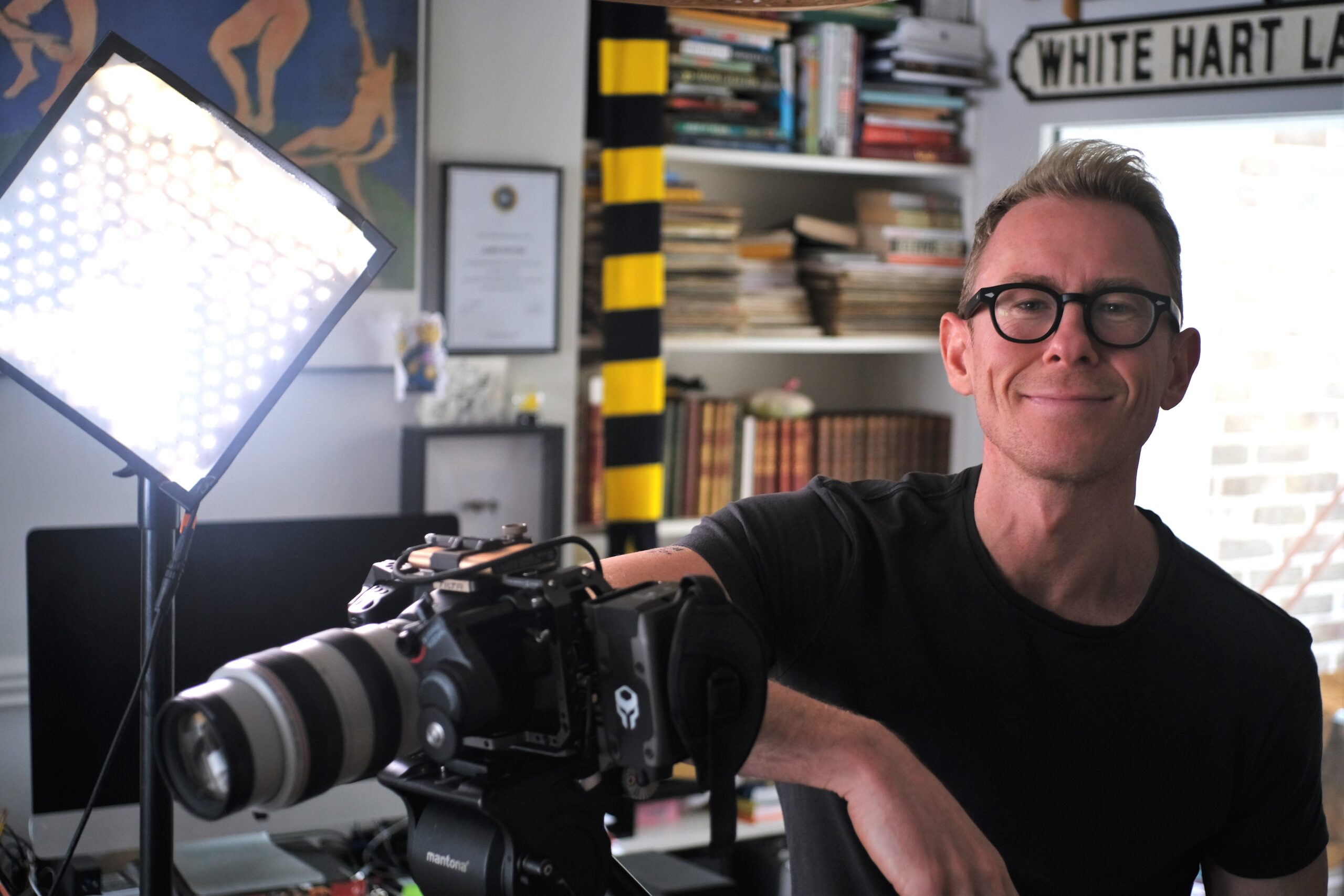 The Other Fellow – Director Matthew Bauer

Bauer talks through some of the inspirations, considerations and casting thoughts needed to create this tribute to culture’s most famous spy…

The idea started as “what if Errol Morris directed a Bond film?” And in many ways that is what the film is. But the characters I found took the story to places I never anticipated. Even though it’s very funny in parts, to me it has the beating heart of a thriller. Growing up in Australia my biggest influences were clockwork precise thrillers like The Usual Suspects, Fincher’s The Game, HBO’s The Jinx, 24 and The Imposter. The audience may not realize on first viewing how every single element is a puzzle piece building to a final reveal. On subsequent viewings, the other stories take on whole new meaning when you know where it’s all going.

From the first moments searching for them on Facebook you could see the dilemmas being called James Bond causes – especially in the digital age. Their profile names are all “JB Bond”, “Bond James”, “James Bond” etc because Facebook won’t let you create an account as “James Bond”. This was the lightbulb moment that led to the stories of problematic – and sometimes beneficial – identity confusion you see in the film. 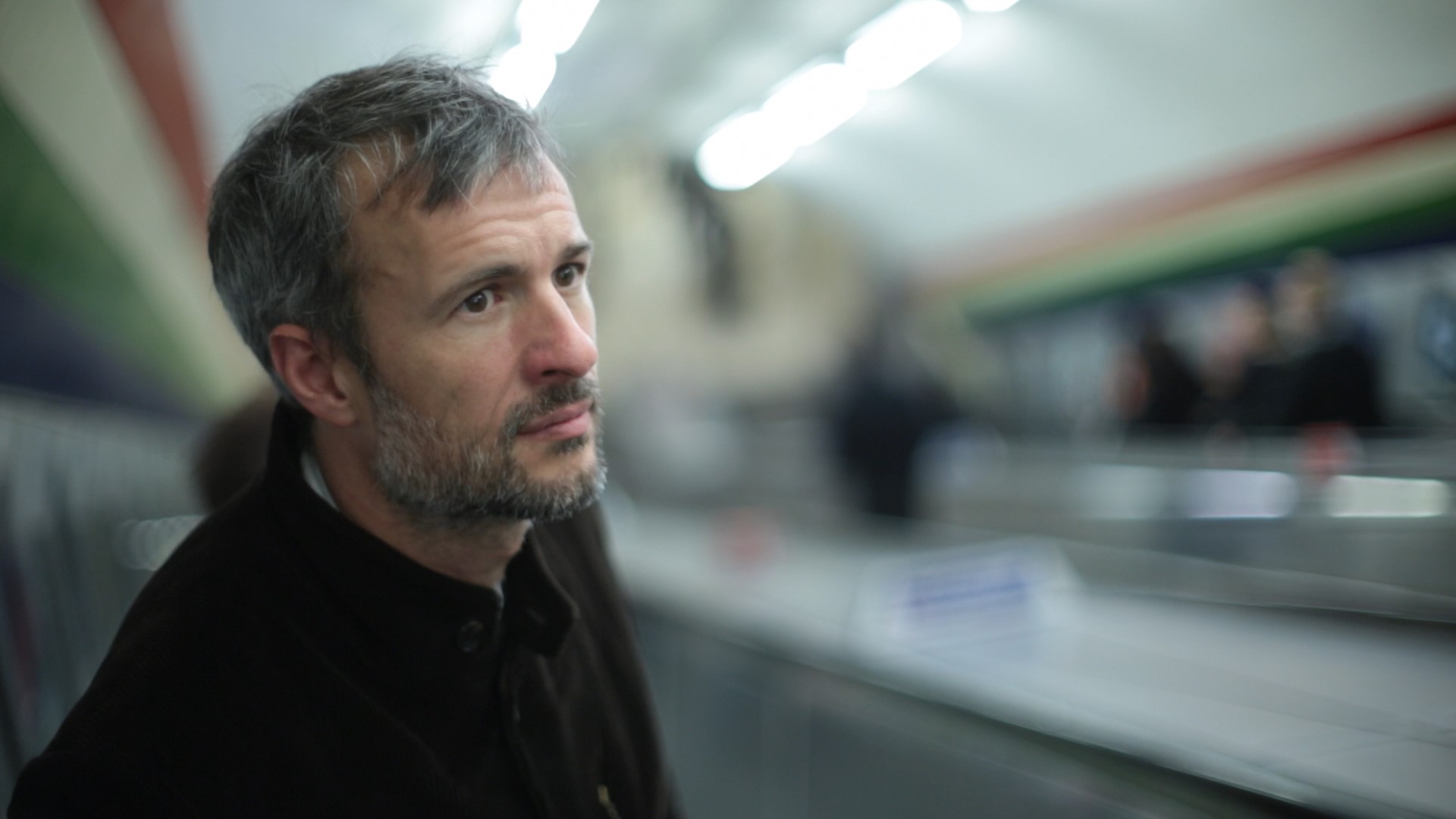 The Other Fellow – James Hart glimpses the familiar abundance of 007 imagery on the London underground.

After eventually contacting them – and explaining I wasn’t some crackpot and was serious about making this film – they quickly shared the stories you’d expect – jokes about martinis, being teased by new romances, troubles trying to open bank accounts. But there were also things you wouldn’t expect from this name. Similarly, the film gets the martini jokes and the basics rules of being named James Bond within a few minutes – setting the board before the complicated chess moves kick in five or six moves later.

The goal was to make a film that entirely stands on its own, with its whole own story and unique cast of characters. By the end of the second act the audience should be seeing them as characters in their own right: “this James” and “that James” not merely as men named James Bond.

Curiously, the cinematic James Bond 007 is never front and centre in The Other Fellow. But he lurks behind every corner, casting a shadow over every character and scene. The ‘Bond phenomena’ is represented on subway film posters, billboards, TV news stories and literally hovering as a digital realm over the cities and countries these men live in.

What interested me was not so much that these men are named “James Bond”, but how the name connects them to this phenomenon – literally, emotionally, and especially digitally. The real plot of The Other Fellow centres around the surprising ways its force pushes and pulls their lives in the most unexpected directions. And how it connects them together in ways you’d never anticipate.

I do not think you can make something related to the Bond films without having a certain scope to it. So, whilst the film tells deeply personal stories, I deliberately shot in locations around the world with a sense of scale – particularly in its action and aerial sequences. The means of transport within these locations was also important to shoot – be it the London tube or an Aston Martin to bring the audience in on what kind of man they were into relation to the ‘other’ James Bond.

I also wanted The Other Fellow to feel like those Errol Morris documentaries that took their personal time, let the camera and frame continue to catch that telling glance or nervous smile.

In terms of pure “Bond history”, the film tells the other side of a story that sees James Bond creator Ian Fleming “steal” the name James Bond from an American ornithologist author.

Yet, few have ever known what happened to “the other fellow” after that James Bond, his wife Mary and American media found out his name had been stolen by Fleming. It was blown open when we found untouched audio recordings of James and Mary in their hometown in Philadelphia that had been sitting in a box since the 1960s. Using these interviews, never-before-seen photos, film, and re-enactment sequences (where he is played by Emmy nominated actor Gregory Itzin) we tell a previously untold part of Bond history and how he came to meet Ian Fleming himself.

Our characters all hold a diversity – a reflection of the public and media debate around “could the next James Bond be… black, a woman, gay!?”

As the film goes headlong down those fraught gun barrels, it reflects issues surrounding race, gender, sexuality, and masculinity. When shooting I had no idea how much the story of “James Bond Jr. charged with murder” would come to speak to issues surrounding policing and race in America. And that it does so through this lens of a black man named James Bond interacting with the police adds such an important layer for these times.

As a gay filmmaker it was important for me to include queer characters in the film. There are actually more characters than we had time to feature as the plot is too busy doing other things. It hits a lot of themes of identity, but my concern was always character and plot foremost. What happens when a black man and a white man both share the same random name, both live in the same town and then one is accused of murder? Rather than deliberately trying to hit these themes – they come naturally via the crazy life experiences that happen when you have the most famous name in the world.

There’s obviously a lot here we can’t discuss without going into plot spoilers, but an unexpected character appears midway through who appears to completely derail the very concept of The Other Fellow.

Ultimately, that character is the key to the whole film because it allowed me to connect all the other characters and stories in a truly remarkable way. By inverting Ian Fleming’s “name theft” from half a century earlier, we can take everything negative the other characters experience about the name and really use it to save somebody they loved.

As soon as I met them, I knew I had a film, and I can’t thank them enough for revealing the parts of their lives and story they could without – in some cases – blowing their cover.

I can’t wait for the audience to experience our moment in the police station which the whole narrative pivots on. And I look forward to the film being released so we can talk a bit more about how I found them and how we came to shoot their story. 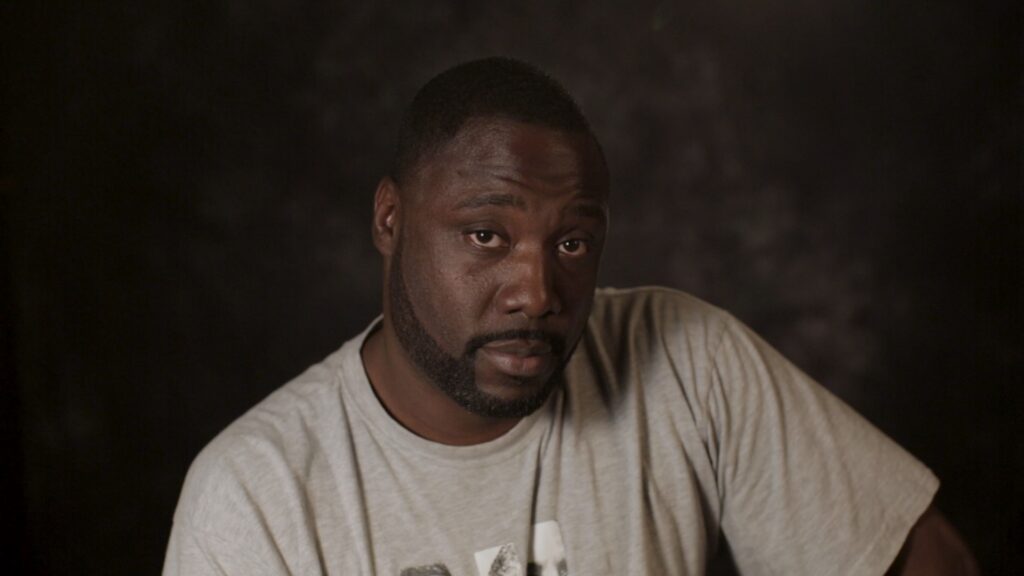 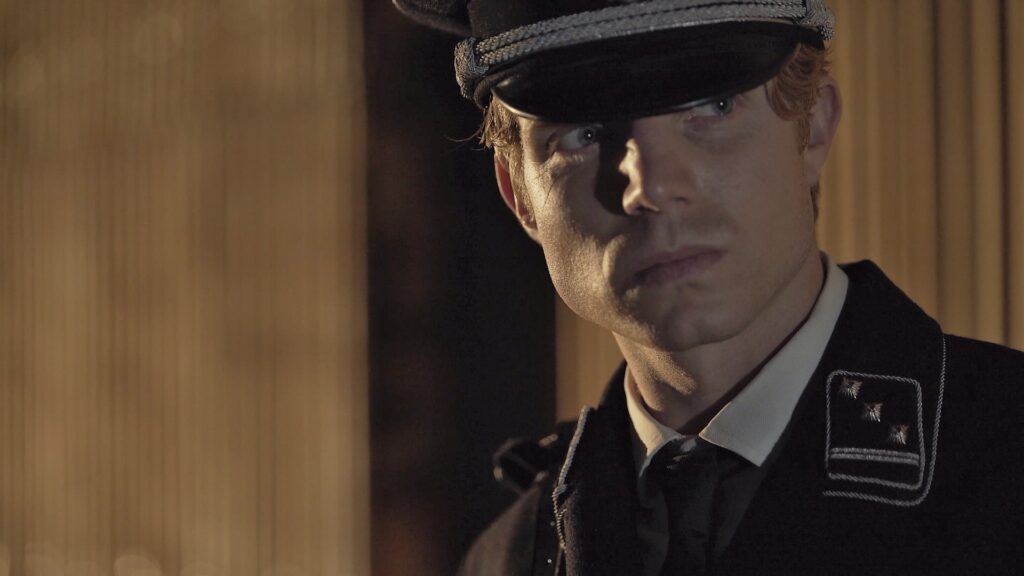 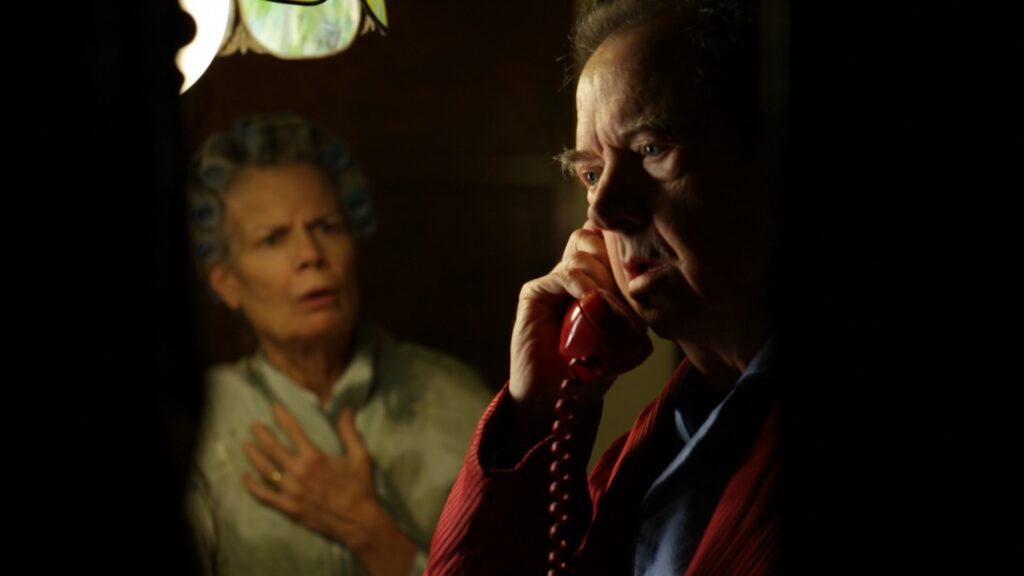 The Other Fellow received its world premiere at New Zealand’s Doc Edge Festival on June 22 2022.