IT’S A SIN and a queer TV triumph 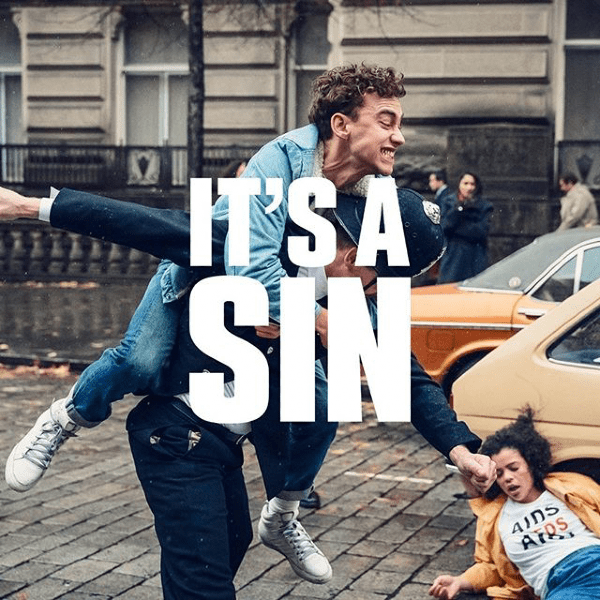 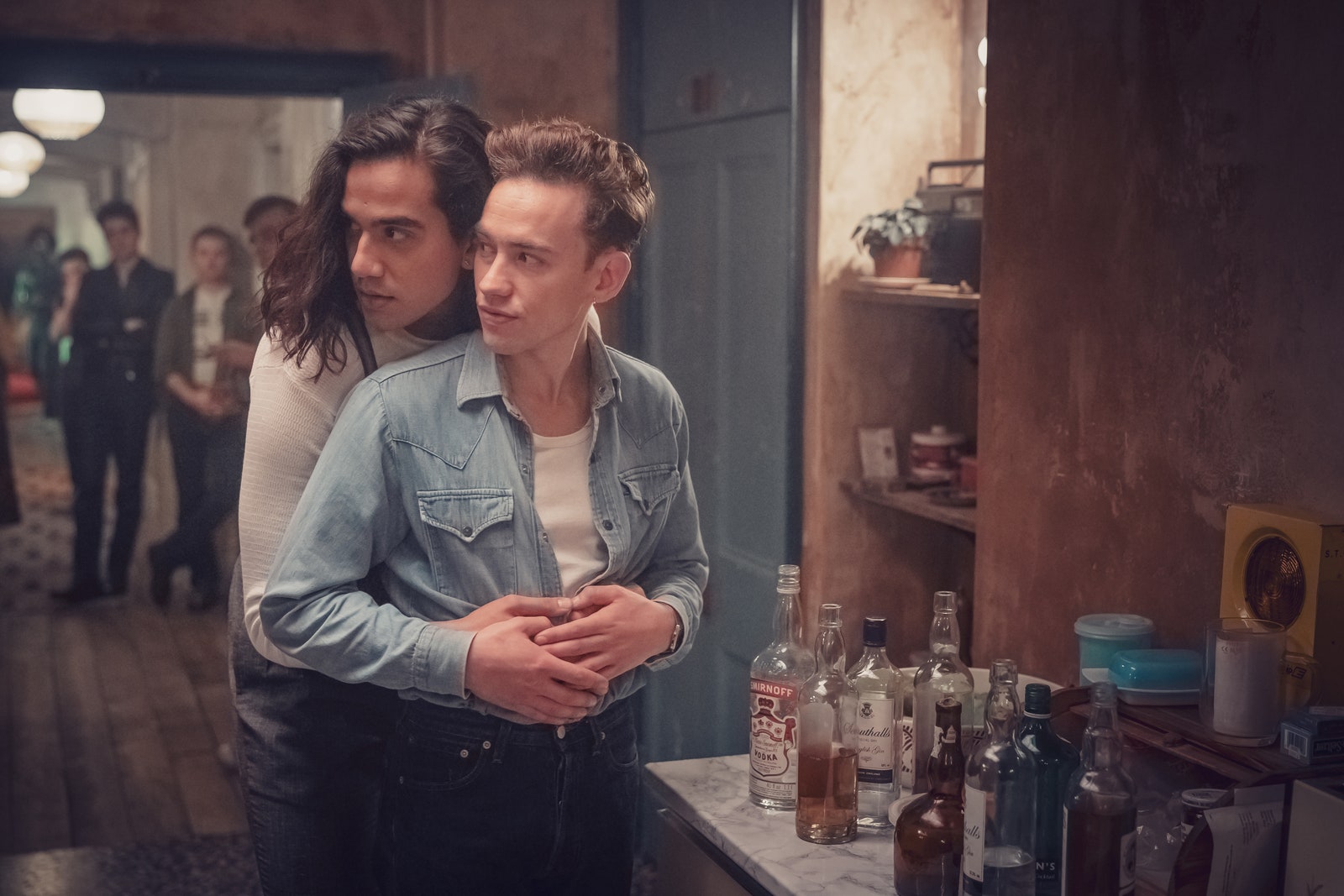 When I look back upon my life

It’s always with a sense of shame.

I’ve always been the one to blame.

From those Murray Gold scored rampaging exits straight from Queer as Folk to the feverishly cut societal pace of Years and Years, VHS Daleks of Doctor Who and the yesteryear beige closets of A Very English Scandal, It’s A Sin sees writer Russell T. Davies pen the show the rest were often circling. Whilst nothing – and that is the sad point – matches the powerhouse first episode for its sexual fun, queer reality, conversational dignity and bittersweet command of new gay youth heading blindly into that AIDS iceberg, this is also more than Davies’ Angels in America. Tony Kushner’s sense of opera and queer history is here reduced to a balletic plia in headlights, distant Margaret Thatchers, flying climaxes and a whole ensemble of motherhood. 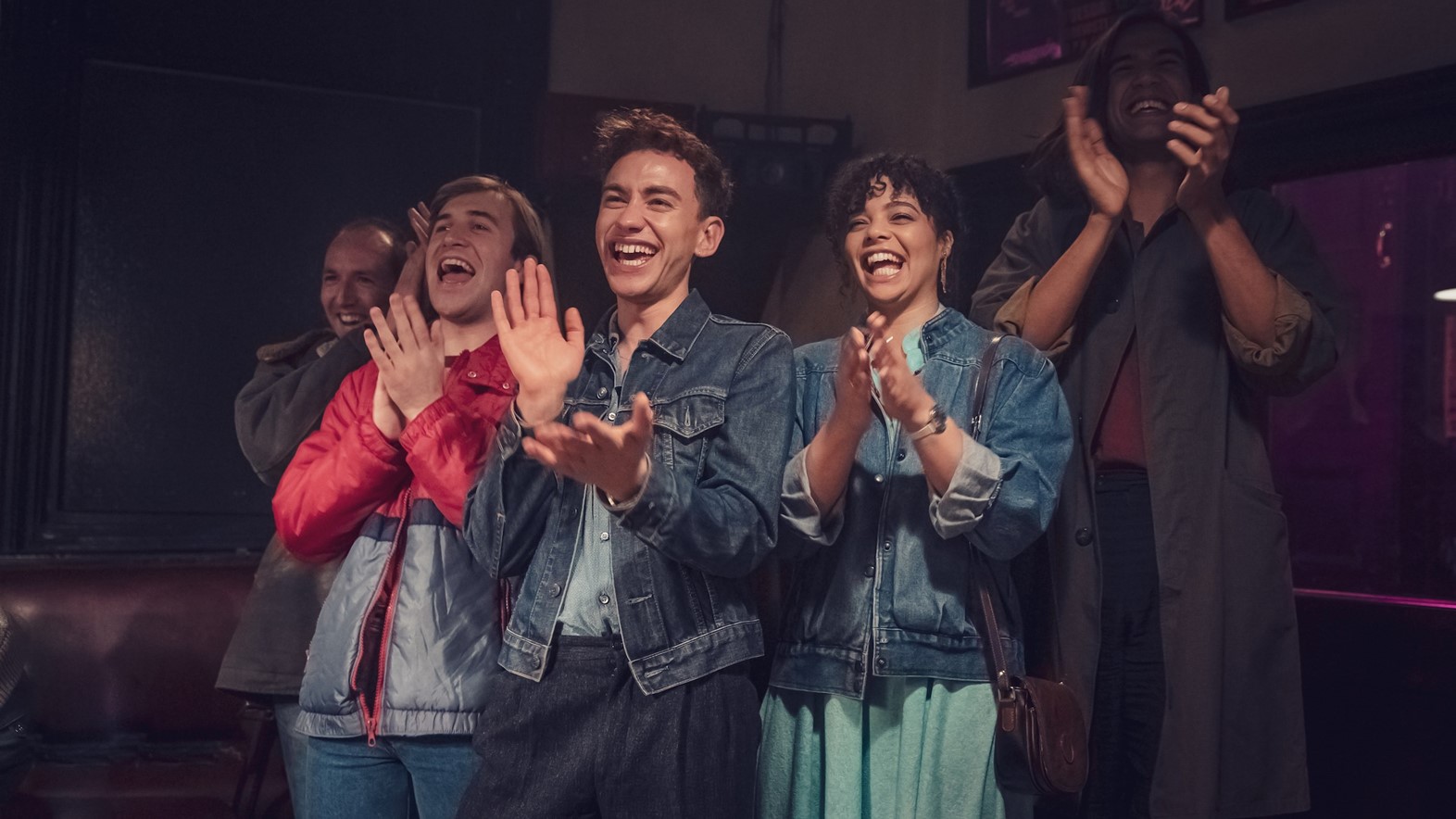 This is not the coming out show. This is not the AIDS show. This is a work where the obvious is gently flipped on its head – where a This Life feel is as important to an emerging 1990s screenwriter as a camp 1980s Hi-De-Hi gag. The quiet virgin has the greater sadness, the homophobic parent isn’t that at all, the small town Welsh mum is anything but, the provincial home-cooked mum is actually the enemy, the straight jock back home can also understand, and the religious pastor dad isn’t as quick to judge as his kids.

Whilst the overriding narrative and angry sense of lost history is there from the start, Davies ignores and jumps around the TV drama cliches. Gay or not, It’s a Sin is a masterclass in abridged pacing and how a drama can enjoy its own knowledges and references without signposting everything for everyone. Davies plays with the oxygen in a scene – so the bluntest revelation in the final episode is a wilfully passing, but brutal curveball, and never a speech. And the production values have zero qualms filling Heaven for a no-show aside that says more than nine cuts and three speeches, or exploiting that fourth wall with so many ensemble happy, booze-addled scenes of joy that also feel like last suppers.

For everything I long to do.
No matter when or where or who.
Has one thing in common, too.

It’s a Sin is about all the Jills who stayed behind, learnt and spoke, all the glamorous and steely London agents who warned their clients to never go home, the ailing gay actors who took work on ropey, TV sci-fi shows seen by other gay guys noticing more than just Daleks, the home ties that reversed freedoms, switched on switchboard volunteers, and the closeted Tory enablers on both sides of Parliament who dressed medical ignorance with easier hate and vicious sidebar legislation that Britain’s queers can still be dogged by. It is also ultimately about a side truth that doesn’t always sit so well with writers less skilled and less queer-savvy than Russell T. Davies. This is a work that is as much about the lost boys and girls still alive as those lost to midnight cremations and small town pub gossip.

It’s a Sin is available now on All 4. 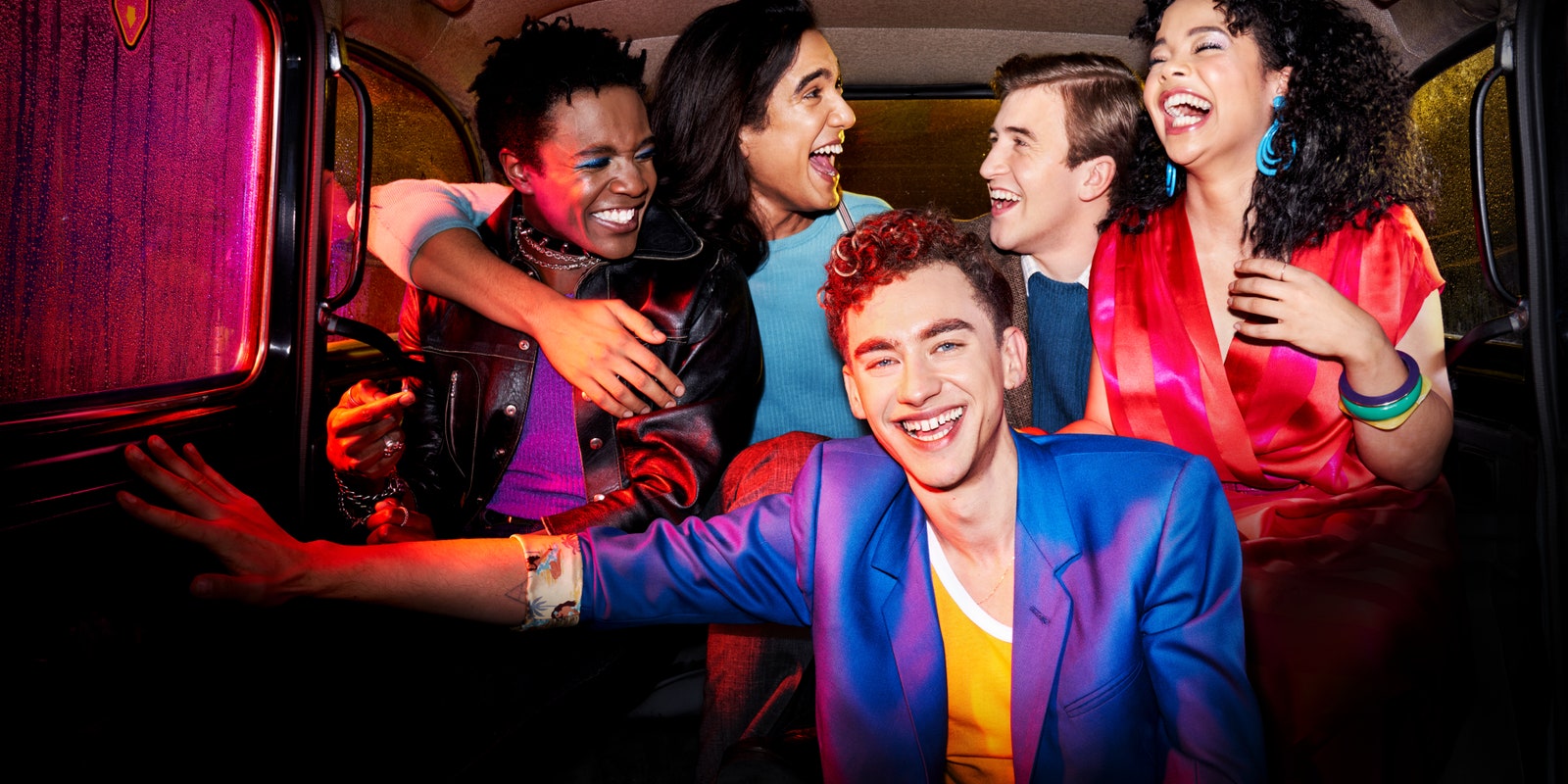