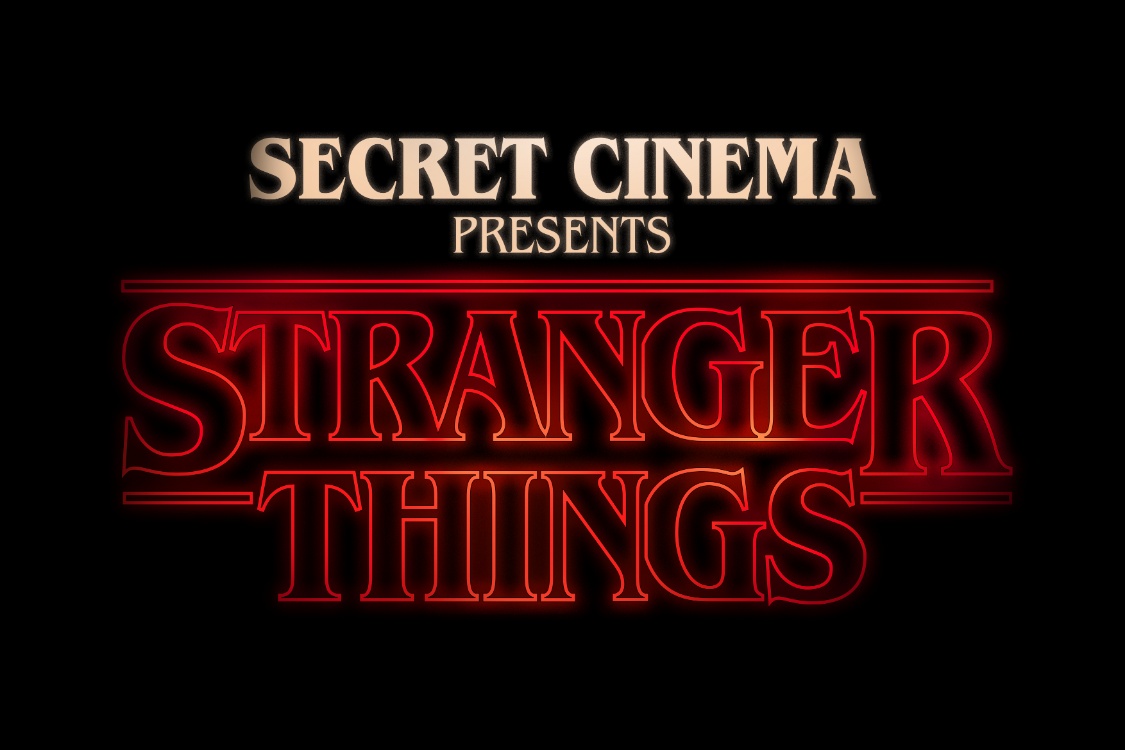 In a TV world where how we consume and experience our shows is ever changing away from just a single screen in the flickering dark, Secret Cinema has been at the forefront of a 21st Century approach to movie immersion. As physical and live reworkings of classic movies new and old almost takes cinema back to its carnival, playland roots across the globe, it is Secret Cinema leading the charge. And as the third season of Stranger Things gears up for a July 2019 premiere on Netflix, Secret Cinema have unveiled their Fall 2019 project will be The Duffer Brothers’ Stranger Things.
In partnership with Netflix and held from November 2019 through to the end of the year at a location in London yet to be fully revealed, the mission requires video store minds, after school friendships and loyal pals ready to immerse themselves into the Atari world of Hawkins, Indiana. 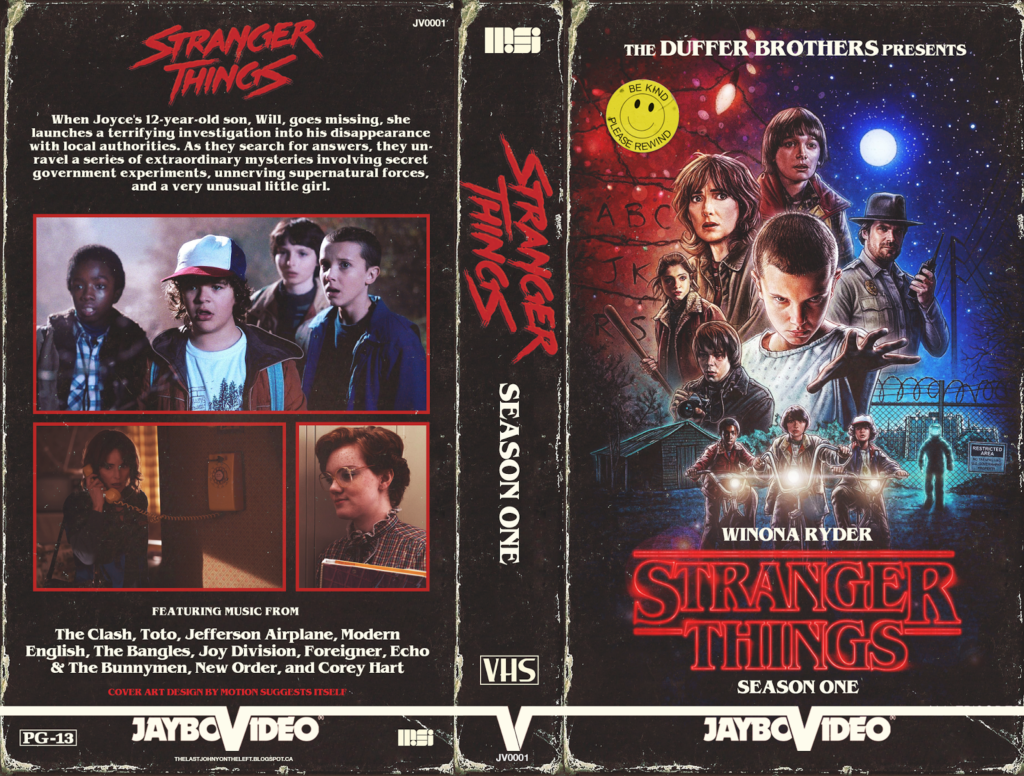 Explore the untold story of Hawkins…

Adventure calls: gather your friends, pack your backpack and grab your walkie talkies. Hawkins needs you.
In a secret London location, dive into a living, breathing story to experience your favourite moments from the Netflix original series. New and old tales will blend together in a thrilling collage of the greatest decade for music, fashion and film.

Travel back to the ‘80s as you step into the small town of Hawkins, Indiana. But don’t be deceived by its charming exterior. In a town built on secrets you may be surprised to discover a more sinister truth than you had ever imagined.

From recreating a lively psychiatric unit for One Flew Over the Cuckoo’s Nest via the ragtag vagaries and X-Wings of The Empire Strikes Back to the Wes Anderson yesteryear decadence of The Grand Budapest Hotel, the Cold War monochrome of Dr. Strangelove, the pop choruses of Moulin Rouge, the confined walls of The Shawshank Redemption and the grimy industrialised worlds of Alien, the key word is ‘effort’. And this is not just the effort of those mounting these lavish, coyly detailed immersive worlds of often immense scale, planning and infrastructure. This is an effort required of all partaking guests. Slapping on a Star Wars tee shirt or those Krull socks (we’ve all got Krull socks, right?!) is not enough. No way near. Effort is mandatory. As in proper, proper effort. As Secret Cinema no doubt dust off their BMX bikes, walkie-talkies and shopping mall tees to prepare and operate a lavish and intricate experience for all Stranger Things visitors, the onus is equally on those attending. Detailed instructions have to be understood, dress codes have to be followed, locations become characters themselves, rules must be obeyed and secrecy is paramount. The 2014 Back to the Future event ignited not just the DeLorean’s flux capacitor, but the attentions of the world’s movie press, fans and creatives. If all goes to plan, Secret Cinema presents Stranger Things promises to be a world class venture full of creative childhoods, ’80s suburban clothing and ’80s movie references aplenty.

“A truly innovative fusion of film and live action”
– The Guardian

Launched in 2007 by Fabien Riggall as the boom for physical creativity, live performance spaces and vibrant – sometimes provocative – cabaret has flourished, Secret Cinema has taken the world of immersive cinema – and immersive art – by storm. 360-degree, 100% participatory and curtain free performances are the mantra of their secret movie-scapes. In a world where access to everything – our news, our stories, our films – is instant and often lacking grace, Secret Cinema wants to remind of the physical fluidity of cinema, how we have always been part of it (even sitting in a darkened theatre), how art needs to reach as much as be made in the first place and how cinema gets into our very souls. Step forward the kids of Hawkins, Indiana. 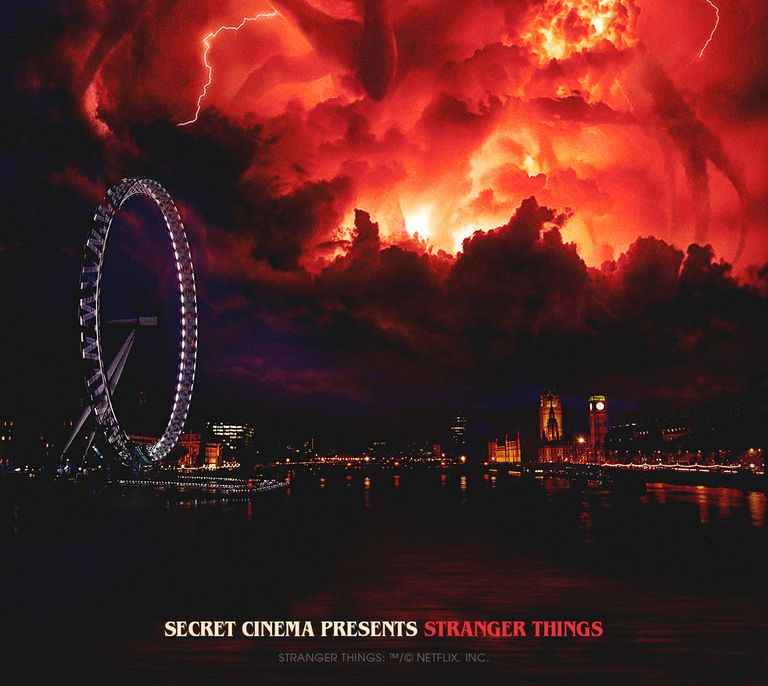 Designers, actors, physical performers, artists, set builders, musicians, costumiers, lighting wizards and all bring their love of storytelling to Secret Cinema. Secret Cinema is about worlds, mindscapes, interactions between performer and audience and what beats of a film have seared onto our minds so much. This will be a celebration, a quest, a mystery, a contemporary dive into the nostalgic drives of a television phenomenon, and creative awareness of the tone, timbre and palette of ’80s America, ’80s adventure and ’80s cinema as The Duffer Brothers third season readies to hit TV screens in July 2019.

Tickets are available from May 28 2019 at Secret Cinema‘s website. 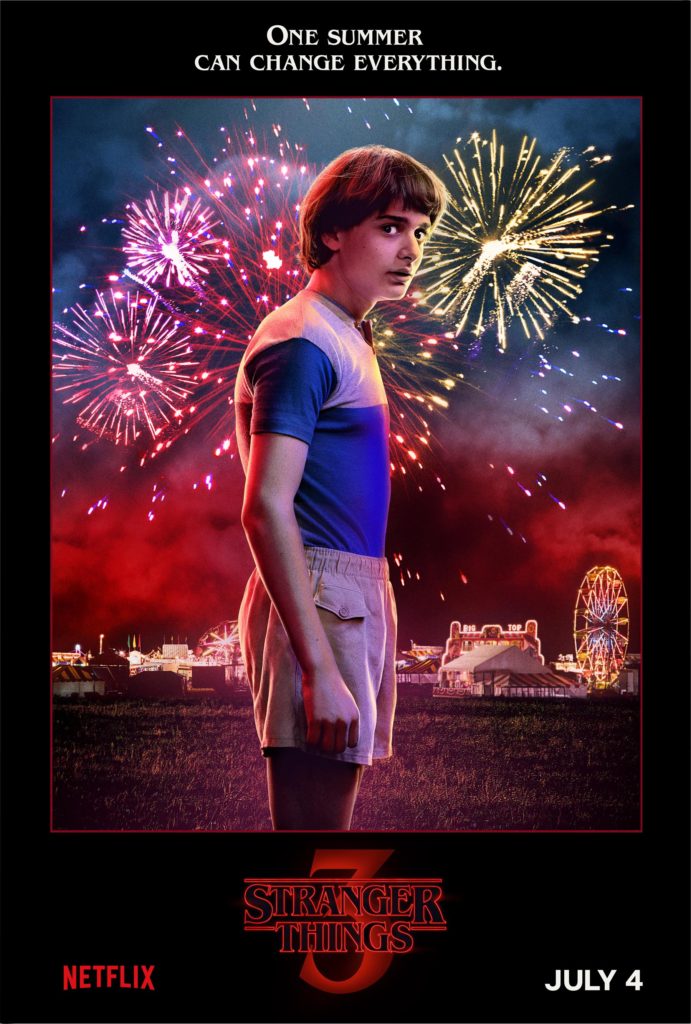