THE TROUBLE WITH HARRY – Catching ITV’s new THE IPCRESS FILE 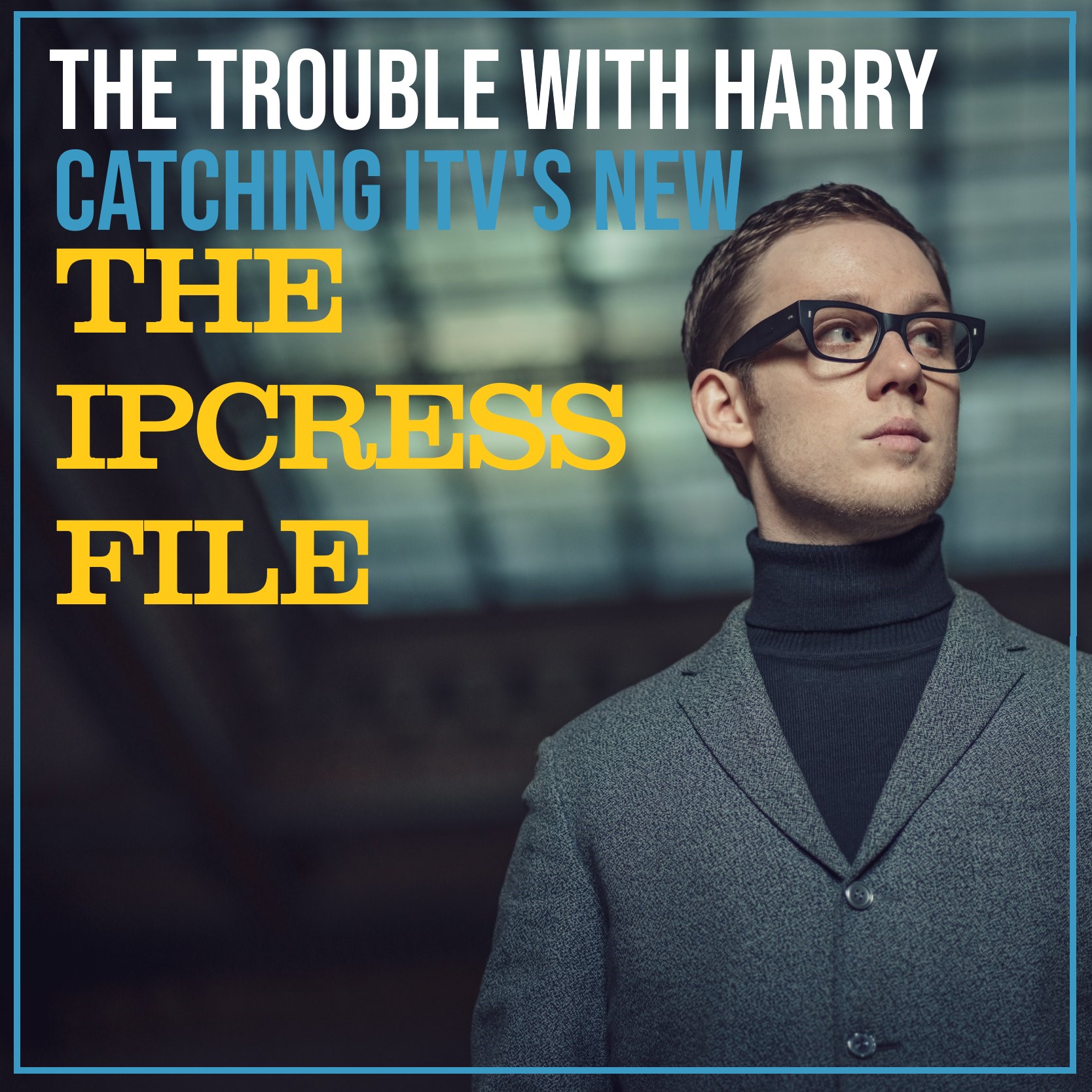 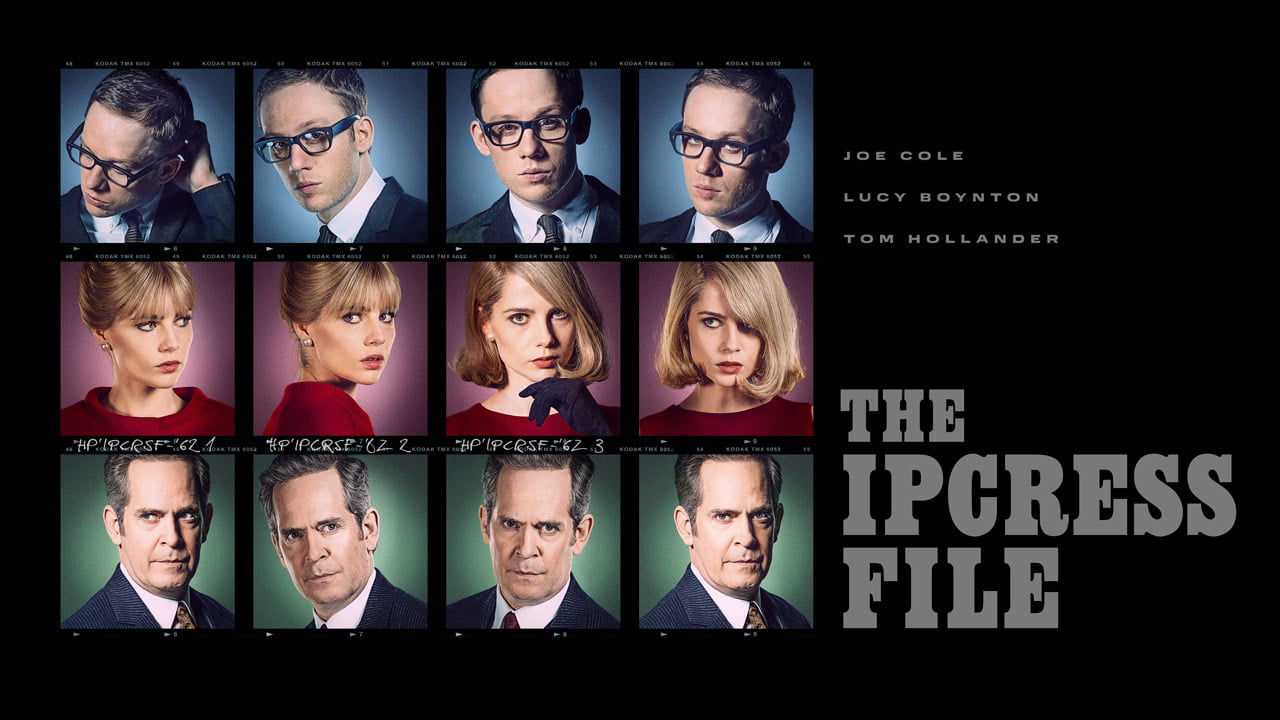 Harry Palmer is a British army sergeant on the make in Berlin. In this newly partitioned city, a sharp working-class young man with sophisticated tastes can make a lot of money. Wholesaler, retailer, fixer, smuggler, Harry’s varied interests bring him into contact with everything and everyone – until the law catches up with him and it all comes crashing to a halt. Harry finds himself sentenced to eight years in a grim military jail in England, all his prospects abruptly torn away. But his impressive network and efficiency have not gone unnoticed, and a gentleman from British intelligence has a proposal. To avoid prison, Harry Palmer will become a spy. And the case on which he cuts his teeth will be ‘The Ipcress File’.

Always the flipside, counter-pulse of James Bond, Harry Palmer was a vital Swinging Sixties sibling and movie peer of 007. Famously immortalized onscreen by Bond’s co-producer Harry Saltzman, Len Deighton’s The Ipcress File (1965) was forged by the same 007 creatives. With composer John Barry, editor Peter Hunt, sound editor Norman Wanstall, art director Peter Murton, Pinewood Studios and production designer Ken Adam, Sidney J. Furie’s version of Ipcress was as important to the rise of the working class British hero as Goldfinger, David Bailey, The Beatles, saving your wage packet for a mod suit, and Michael Caine. And all – like Bond – with London, red buses and sharp tailoring at the cultural heart of everything that was Swinging, Sixties and cool. The Ipcress File was more than a movie. It was a moment, a framed poster, a choice of suit, and a soundtrack to live by. 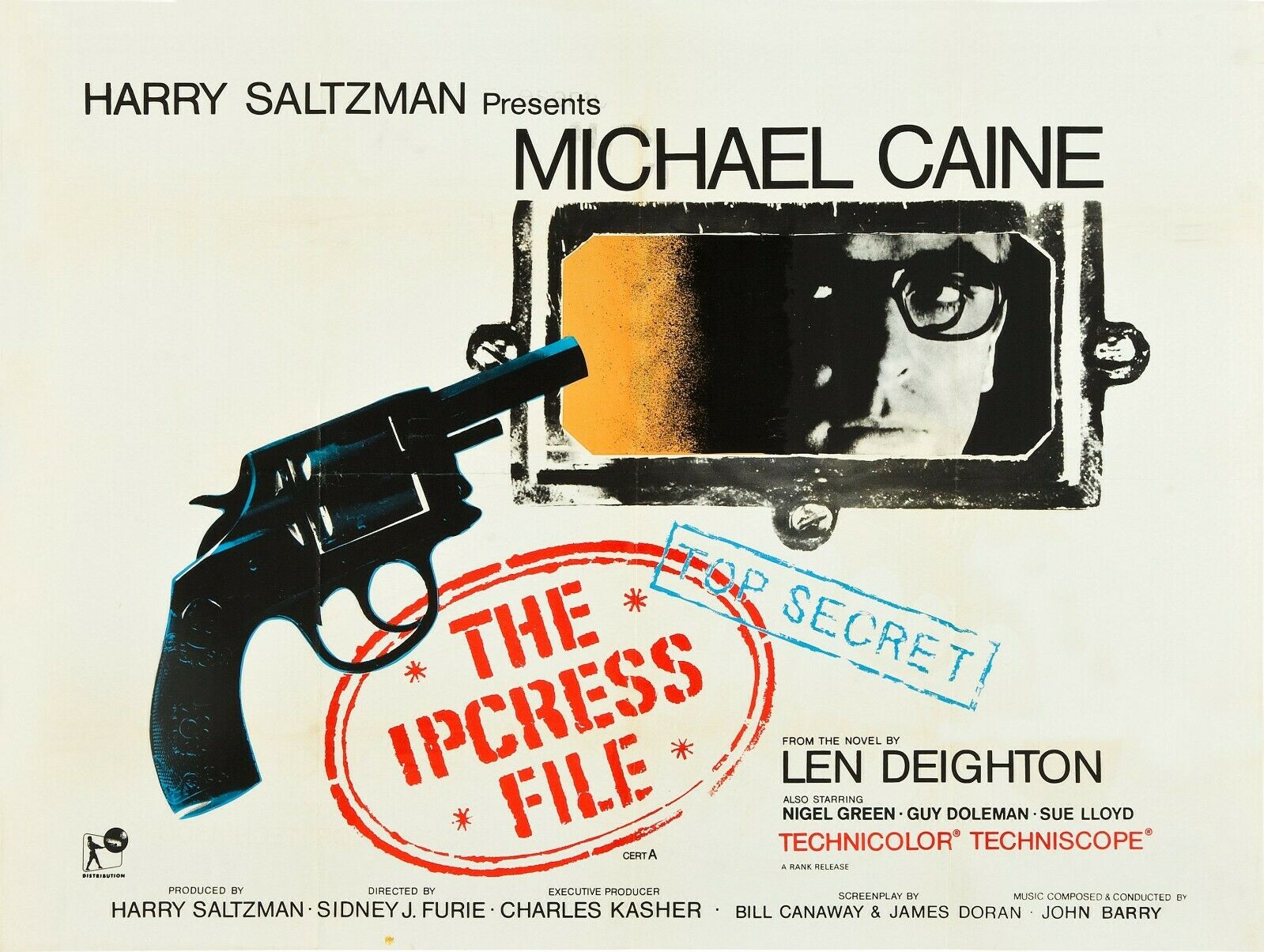 ‘And so you find yourself in Berlin…’

A pair of black rimmed glasses, “West Berlin 1963”, a morning-after coffee grinder and a John Barry aware signature theme… Harry Palmer is most certainly back on the Cold War horse. Launching with one of mod culture’s coolest cats already up to his black-rimmed eyes with subterfuge and package-passing verve, director James Watkins new surveillance on a spy classic manages to correctly feel young from the start. The Cold War and espionage genre sometimes holds a black and white sheen to it – a veneer of ever-distant history that may have played better when the west was actually in the Cold War.  Yet, as new TV projects like Deutschland ’83, Killing Eve – and indeed the new global politics as of Spring 2022 – have proved, there is new life in the old spy game yet. Arguably, one year ago a missing nuclear scientist plot could have felt a bit retro cosy. However, this new The Ipcress File now opens with all sorts of unplanned prescience and Russian relevancies as Kennedy era neutron bomb politics swiftly become the starting pistol for John Hodge’s adaptation of Deighton’s 1962 classic.

Of course, it was the Saltzman movies of the 1960s which provided the very name ‘Harry Palmer’. Author Len Deighton mostly kept the character deliberately anonymous. But so does Joe Cole here. With his cold stare, boyish pluck and estuary English tones, Cole rightly pitches Palmer as the post-war and very solo working class chancer he should be. He coyly gets the Porridge era English prisons and the national service drudgery Michael Caine himself once detailed in What’s It All About? (1992). Palmer should always feel post-war, not a Kenneth More hangover. His first scene with Tom Hollander’s Major Dalby quietly bristles with Cole’s cockney one-upmanship, snarky bravado and class-battling hierarchies. This is an aptly youthful Joe 90 of a Palmer – embarrassed both by his past achievements and any of his seniors noting his current guile. He is already tired of public school puppet masters, gender assumptions and a WW2 sense of what makes a gentlemen. But he notices a Chanel dress when no other lads do. And the trick Cole pulls off is making it all play wholly contemporary rather than an anachronistic curio for a Sunday night TV audience.

Immediately, Cole’s turtle necked poise, tie-pin bling and next generation swagger pinned to a pine-effect walled, silver wall clock and imposing Ken Adam minded world is deliciously addictive. And familiar to the file clerks amongst us who adore the 1965 original movie. The energy of New Ipcress is possibly more physical than Caine’s 1960s assignments. Cole cuts a heroic dash as he and his blazers slink through Berlin Wall dangers and machine gun menace. You feel this Harry can fight his way out of a corner. He has both a working class bounce and eye for the finer trappings of life.

Oddly, the old school London gentleman’s club-land and upper class mahogany feels more Daniel Craig Bond than Michael Caine Palmer. Yet, that kitchenette milieu of Caine’s original is still present just enough. Top Marx go to production designer James Price who has not only hidden the lower budget like a KGB microfilm, but brings a true cinematic sheen to the bedsits, kitchens and safe houses of this Harry’s world. Keith Madden’s costume design avoids all office party 1960s cliches – with suits, knitted ties and jackets often genuinely vintage. Palmer’s spectacles bounce off the dark teal of his suits and ties, whilst giving Daniel Craig’s signature blue eyes a run for their smouldering money. 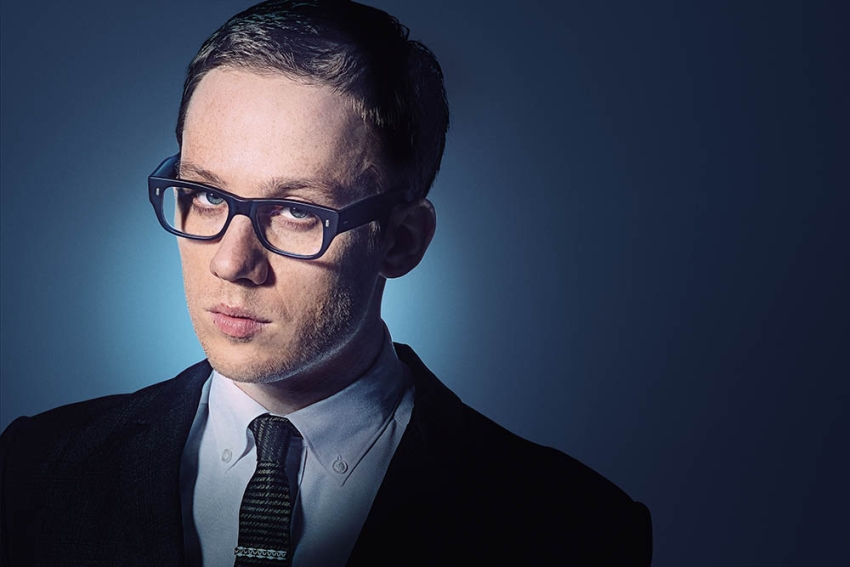 If anything, this Ipcress owes more to The Queen’s Gambit (2020) than On Her Majesty’s Secret Service. Just as Berlin covered many non-Berlin cities and backdrops for the story of chess protege Beth Harmon, here Croatia doubles and triples up as a cracking Cold War era location – with the looming granite of Liverpool allowing Cole, his togs and story to quietly simmer. It is not totally London as was. It doesn’t quite have that sense of dirt, stinking buses and pollution. Yet – just like The Queen’s Gambit – it is apparent Bond designer Ken Adam is a major influence. Lobby ceilings, wing chairs, geometric wallpaper and pin-leg nightstands all loom large. Era-wise Clarendon-fonted subtitles flank Berlin conversations, The Manchurian Candidate (1962) , The Loneliness of the Long Distance Runner (1961) and Tom Jones (1963) starring Michael Caine’s peers Laurence Evans, Tom Courtenay and Albert Finney all play on a backdrop Odeon, cigarette-ash covered typing pools keep the working class DNA, and barbed wire breezeblocks and agit-prop pop-art suggest just enough of 1963 Berlin.

Whilst Tim Morris-Jones’ photography perhaps misses original cinematographer Otto Heller’s November greys, pull focus jumps and cold thaw realism, this is a series rich with dicey Berlin bars, back-alley cafes, factory floor offices, Checkpoint Charlie chic and army truck maneuvers. Definitely held together by Cole and Lucy Boynton’s icy-cool Jean Courtney and her pill-box glamour, The Ipcress File is a Dutch-tilted treat. A future notion is for Hodge and Watkins to open up the other Deighton files. With Funeral in Berlin (1966) possibly being the best of Caine’s movie missions as Harry Palmer, the Cold War bar is still high – as are fans hopes to finally see an adaptation of the un-filmed second novel, Horse Under Water (1963).

On the basis of this first overture, there is no trouble with this Harry at all. This bullet catching Palmer fan desperately needs Joe Cole in a remake of the brilliantly bonkers, Billion Dollar Brain (1967). It is not as raw, necessary and imperfectly brilliant as the 1965 original. Timing and era will never allow for that espionage lightning to be caught twice in a bottle of store-brand whisky. Yet, as valid and timely reworkings go, The Ipcress File achieves its mission.

Following the broadcast of Episode One, all subsequent episodes will be available on ITV Hub and BritBox.