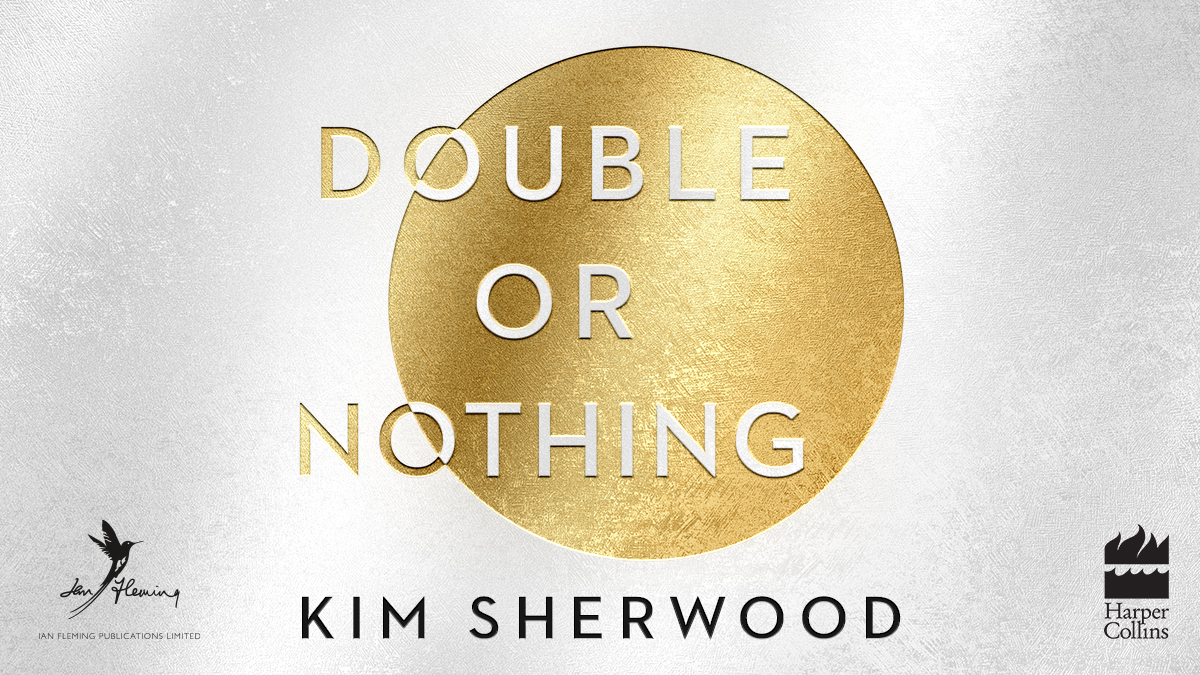 The genesis of literary (and cinematic) Bond was always deeply influenced, crafted and steered by women. Yet, aside from Samantha Weinberg’s The Moneypenny Diaries (beginning in 2005 with Guardian Angel), it has always been male authors tasked with taking on the Ian Fleming baton and pen. Until now.

The first novel to fire from this new literary gunbarrel will be called Double or Nothing. Whilst Bond has been captured – or even killed – by a shadowy private military company, a tech billionaire by the name of Sir Bertram Paradise suggests he can revert climate change and save the planet. Step forward the very best of the Double-O division. Fearless and bold in their defence of their country, three agents have a licence to kill and a licence to stop time running out. Those three agents are 003, 004 and 009. Their real names are Johanna Harwood, Joseph Dryden and Sid Bashir. As author Sherwood well knows, the Bond world is familiar with more than one of those names. Johanna Harwood was the screenwriter of both Dr. No (1962) and From Russia with Love (1963). 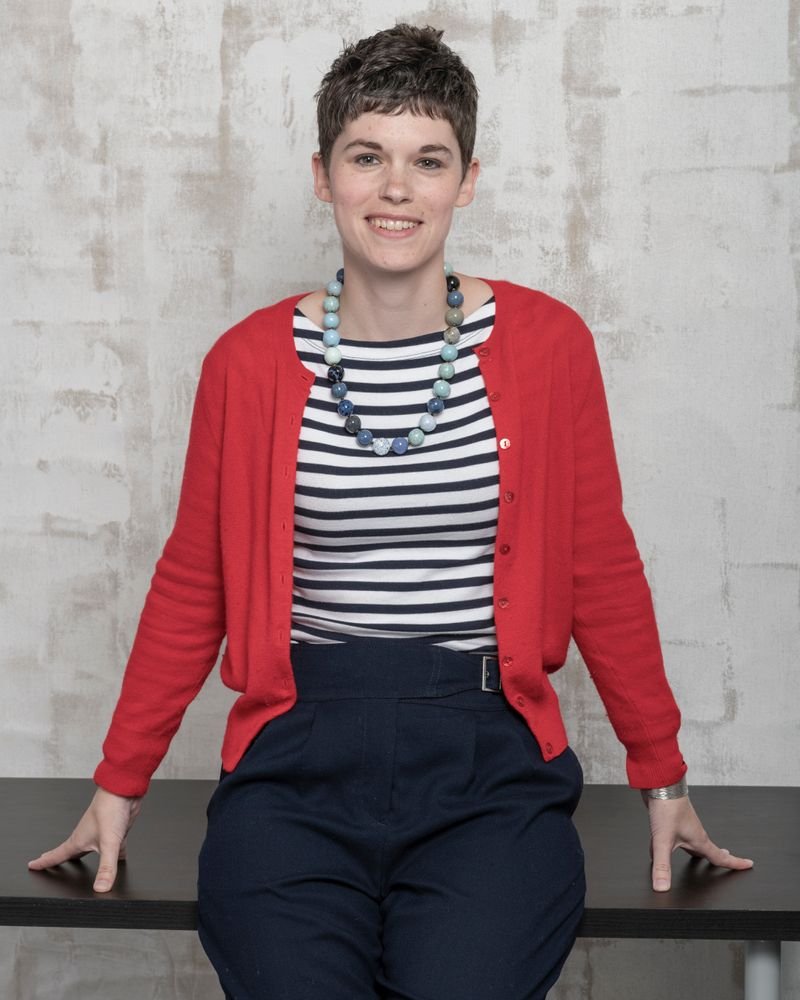 Set in an almost familiar world of our man James, Sherwood’s new books will repoint this new ensemble of new Double O agents for a renewed era of literary intrigue, espionage and intelligence. With James Bond presumed ‘missing’, a new generation of agents have been recruited to fight a new global threat, a MI6 mole and longevity questions over the very Double O section itself. HarperCollins’ Kathryn Cheshire knows how Bond is a global name, but was most enthralled when a new idea fired into her attentions.

“Kim is steeped in the world of James Bond, and this trilogy is fresh, contemporary , and thrill-a-minute, with a new generation of spies everyone will love. It is going to be so much fun to publish, and I cannot wait for readers to be introduced to the new Double O world!”

Sherwood herself admits how “James Bond has been one of the enduring loves of my life since I first watched Pierce Brosnan dive from the dam in GoldenEye“. Born in London’s Camden in 1989, Sherwood was six when that all-important Bond bullet vitally recalibrated 007 for a new era and new audiences. She also had been exposed to the world of Bond even before that. Her grandfather was the actor George Baker. He famously and brilliantly was not only once considered for the Bond role by Fleming, stars as a NASA engineer in You Only Live Twice (1967), he voices and stars opposite George Lazenby’s Bond in On Her Majesty’s Secret Service (1969) and returned to play Admiral Benson in The Spy Who Loved Me (1977). On the November 2021 announcement of her enrolling in Bond authorship immortality, Sherwood remembers for this bullet catching Bond fan how the actor grandfather was monumental on her journey to Fleming and beyond.

“Thinking of my grandfather today and raising a glass to him.”

It was when George Baker passed away in 2011 and Sherwood started talking to her grandmother about the Holocaust that she was eventually compelled to write her 2018 work, Testament. The book about loss, secrets and family pride was shortlisted for The Sunday Times Young Writer of the Year Award in 2019. “It’s rare that dreams come true, and I am grateful to the Fleming family for this incredible opportunity. I feel honoured to be the first novelist to expand the Bond universe through the Double O sector, bringing new life to old favourites, and fresh characters to the canon. I couldn’t be more excited to introduce the world to my Double O agents.”

The casting of Kim Sherwood as a Bond world author is a shrewd one. The Bond novels and movies have never been created in a wholly male vacuum. Ian Fleming himself was an author deeply influenced by the wives, mistresses and female confidantes of his post-war world. Yet, this new canny appointment is not so much that she is a young woman taking on such a perceived male domain as 007. It is because she is a younger voice – and a keen Bond fan – that Sherwood makes such an intriguing addition to the almost all male Bond literary canon.

As it is nearly 70 years since Fleming first started writing Bond’s debut novel Casino Royale (1953) and sixty years since Dr. No (1962) made a cultural phenomenon of the movie Bond, the gatekeepers of 007 must keep a goldeneye on the future as much as the past. Sherwood is the youngest author to be invited by Ian Fleming Publications into the spider’s web of 007. 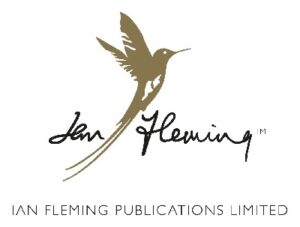 Set in a modern day backdrop, Double or Nothing and the Double O trilogy promises to illuminate the world of the Double O section. It is suggesting that the Bond literary franchise is – to use modern parlance – extending its universe along the lines of Marvel and DC. Yet, with many continuation novels, short stories, new authors, comic books and character spin-offs it is maybe arguable that Bond quietly wrote the book on extended universes already. The momentum to the Fleming books was certainly aided by the Daily Express comic strips beginning in 1957. When they ended in 1983 having jumped to other newspapers and artists along the way, the cartoon strip Bond had already sipped a bit of Marvel’s Martini.

Opening out the Double O section for a series of new books aligns with the news that Amazon are circling the movie Bond franchise as co-partners to the existing producers, EON Productions. Yet, there is not often an alliance between the literary and cinematic Bond. They compliment each other, but rarely coincide their 007 projects and ambitions. With the suggestion that Double O sees James Bond as ‘missing’, Sherwood is clearly introducing new characters and new takes on existing ones.

It would be safe to assume that the genders, sexualities, identities and politics of a 2022 world will not get ignored – just as Fleming himself included the people, issues and faces of his late 1950s world. Before some detractors cry ‘woke’ – some tried to do the same with the not-woke No Time to Die – let us remember that Sherwood is a self-confessed big Fleming and Bond aficionado. She is mindful of modernizing what is now a strange, delicate franchise mix of the vintage and the contemporary. The temptation will be to make everything quasi Bond, even if 007 himself is announced as absent. Yet, her journey and success writing Testament (2018) points to a writer that is mindful of the future’s relationship to the past and how wars shift people and politics. That is more Fleming than not. That Sherwood could create new 007 minded worlds and personalities is only a good thing for Bond as he moves forwards into the 21st Century. This could well be one of the first indicators that in the face of franchise rivals garnering younger audiences, their ComicCons and their toy boxes, Bond might finally be about to run whilst others walk.

Bringing that lifelong passion for Ian Fleming and 007 to the new project, Sherwood and the publishers are genuinely excited about a fresh, bold and talking-point new trilogy. And Sherwood is a genuine Bond fan and Bond mind. She has always never hidden her love of Fleming and the Bond movies so the fit is even better. HarperCollins promise a trilogy that is “audacious, pacey, attractive and simply irresistibly entertaining”.

However, this bullet catcher had a further question of pressing importance… is it Double O or Double 0?! As soon as you write both neither look right. Sherwood thankfully had the answer…”Official word is that it’s Double O with the letter ‘o’ when typed as words, but zeroes when typed in figures, 007.”

The first of the Double O trilogy – Double Or Nothing – will be released by HarperCollins and Ian Fleming Publications in September 2022.

‘O’Connell doesn’t think that Sherwood being a woman is the main thing that sets her apart from other Bond writers. “When Phoebe Waller-Bridge joined the movie Bond world to help write No Time to Die, the headlines went amok with ‘a female woman does Bond!’” he says. What O’Connell finds more interesting is that Sherwood is the youngest author to be invited to write an official 007 tale – and is therefore more likely to attract a younger audience.’

The Name’s Not Bond : Where Next For 007? / Mark O’Connell joins some apt Bond author alumni to chat about Kim Sherwood’s Double O for the Guardian 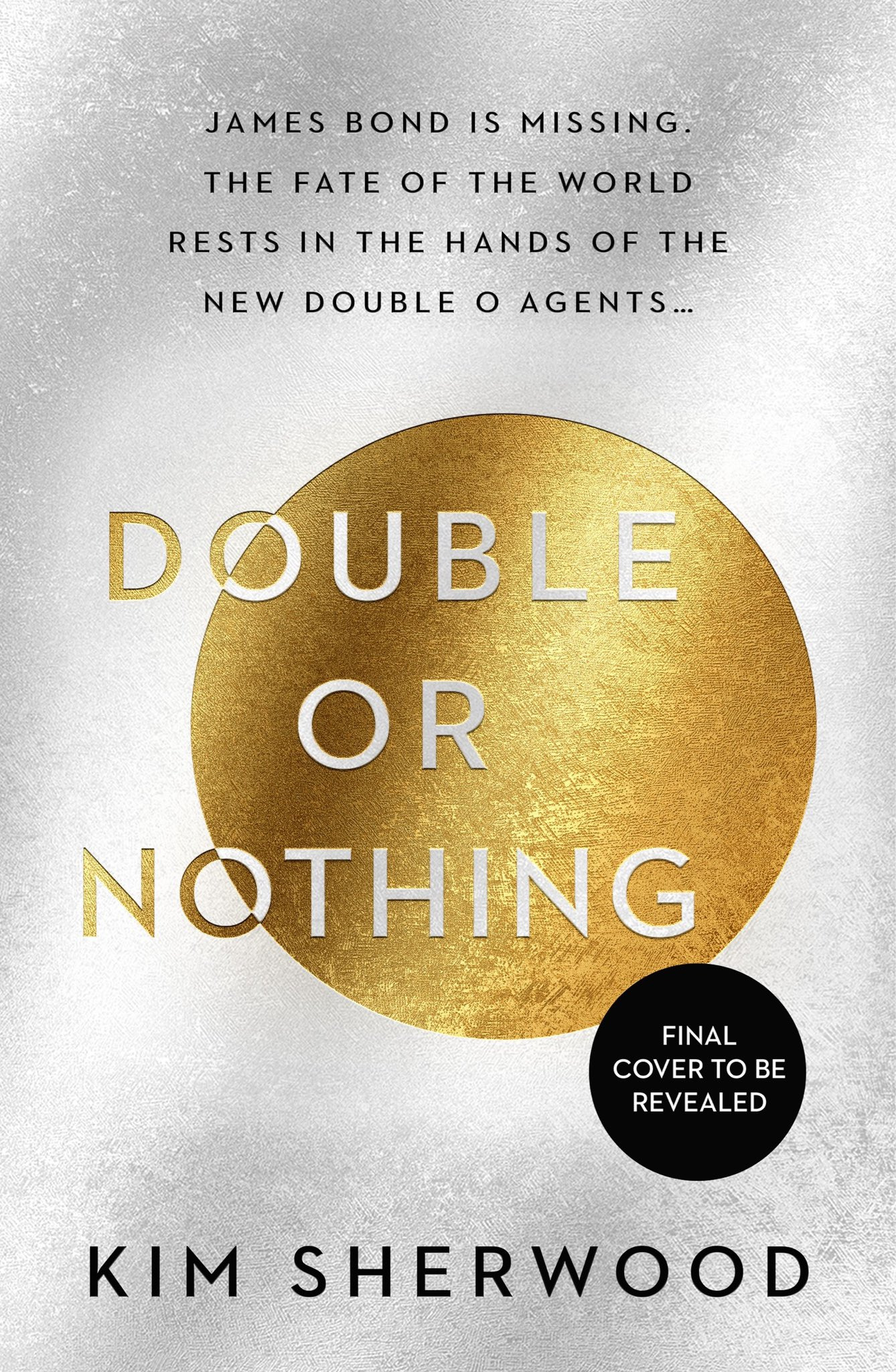