Production designer, art director and set dresser Peter Lamont worked on more James Bond movies than most. A young apprentice to the Cold War movie design modernist Ken Adam and part of a family tree of Pinewood craftsman and cinema visionaries, Lamont was part of the fixtures of Bond. 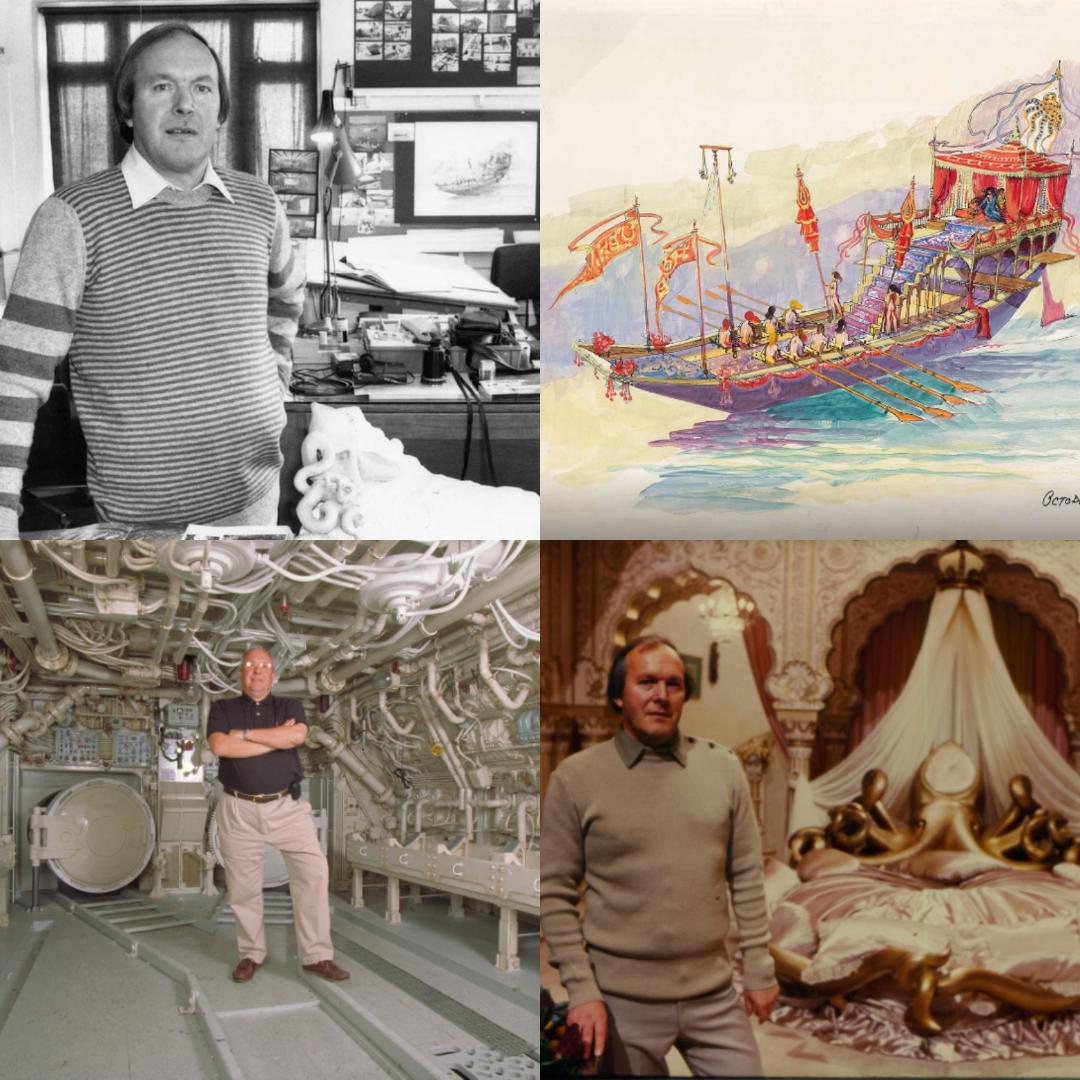 Tasked with the unenviable challenge of following in the design wake of Ken Adam, Peter Lamont neveretheless took the 007 design baton and crafted a whole new look for Bond – whether it was Zorin’s expansive mine in a A VIEW TO A KILL (1985), a Greek monastery hide-out in FOR YOUR EYES ONLY (1981), an Afghan boudoir in THE LIVING DAYLIGHTS (1987), the streets of St. Petersburg (GOLDENEYE, 1995) or an ice palace in DIE ANOTHER DAY (2002).

Famously efficient and a master of enabling practical effects where possible, Lamont’s name on a Bond poster and opening titles was always one of familiar reassurance. His barge and bed designs for OCTOPUSSY alone are where he left the shadow of Adam behind, and this bullet catcher was most bereft to hear from Peter how the latter was made of polystyrene and soon dumped!

Like Ken Adam, Lamont also made great strides away from Bond. He began as a junior draughtsman across the Home Counties studio belt in the late 1940s and set-dressed or art designed some of the most important British-made films of all time (SLEUTH, THIS SPORTING LIFE, CHITTY CHITTY BANG BANG). He set dressed for the CARRY ONs and was nominated for an Academy Award for FIDDLER ON THE ROOF (1971), THE SPY WHO LOVED ME (1977) and ALIENS (1986). He became one of director James Cameron’s trusted creatives and later production designed TRUE LIES (1994) and TITANIC (1997) – for which he won the Oscar in 1998. 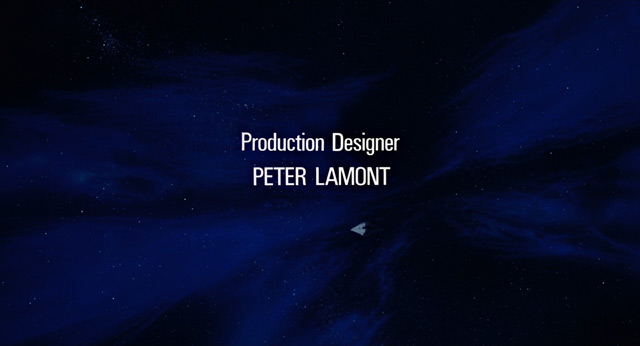 Always a staunch ambassador for Bond, EON Productions and many a launch and event marking the impact and legacy of the films and their design, Lamont was a veritable soundstage himself – packed to the mental gantries with great anecdotes, insight and stories. Bond production has many dramas the cameras cannot see and Lamont would remind of his times on the Bonds, his times being actually hijacked on a plane and the real marathon of effort it took to make something to be blown up on every cinema screen across the globe. Furthermore, he always conveyed a pride for Bond and his Bond work.

Peter Lamont continued into the new era of Bond with possibly one of his finest stints for 007 – the production design for CASINO ROYALE (2006) where the set choices had to house the toned down and internal nature of the new Bond and the adaptation of Fleming’s first 007 novel. Still one to socialize with his Pinewood peers and 007 alumni, Peter pushed on with life, not letting failing eyesight get the better of his enthusiasm for Bond and designing the movies. One of Peter’s final appearances will be as part of David Walliams’ CHITTY FLIES AGAIN – a January 2021 documentary on Channel Four that explores the novel and production of a title Lamont also worked on for EON Productions.

‘I like to design something that’s a bit different, a bit special’
– Peter Lamont.