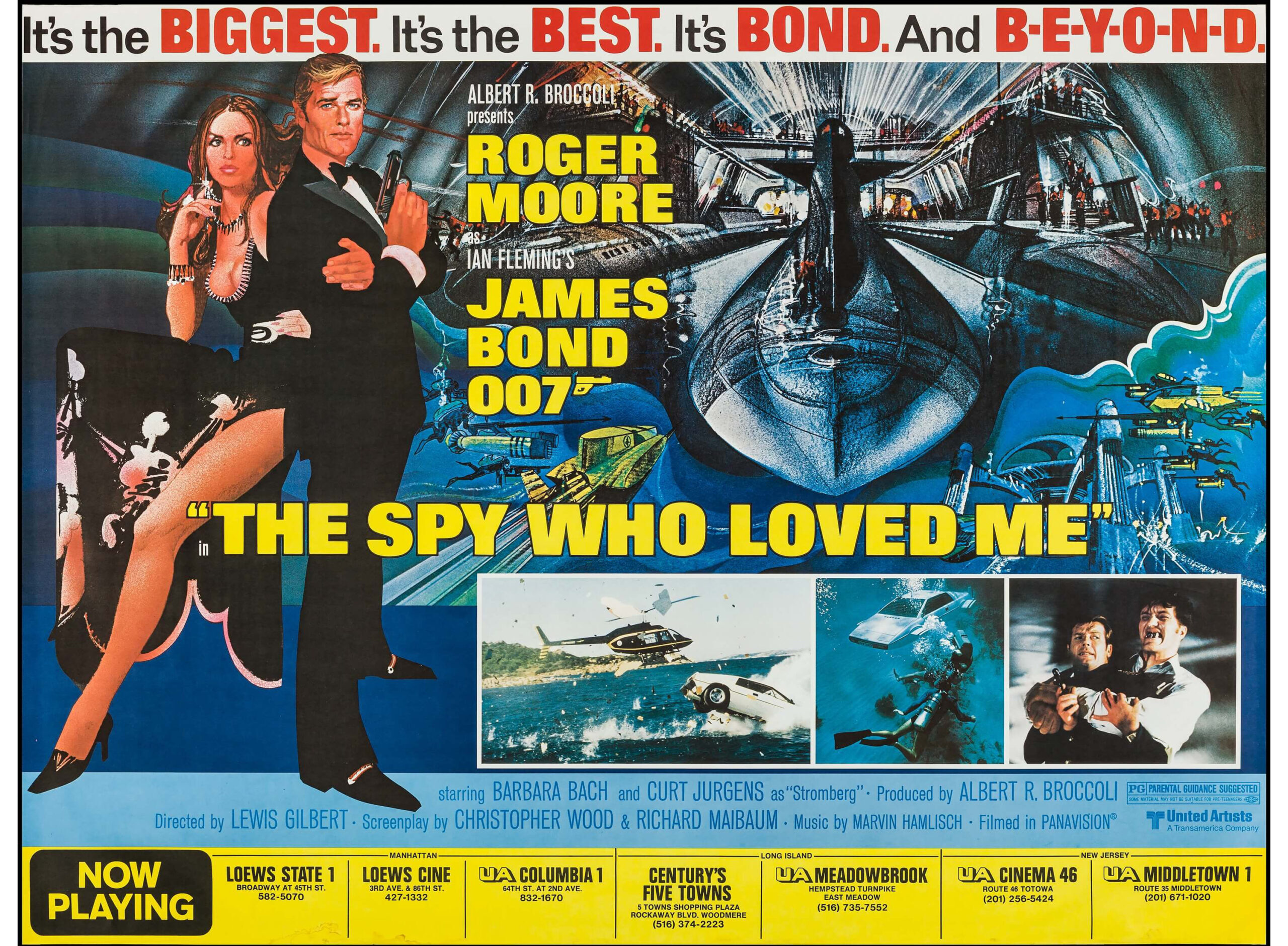 7/7/77. As Bond film release dates go, the one for disco bullet The Spy Who Loved Me is perhaps the most unique for Double-O-Seven. Forty-five years later Roger Moore’s personal favourite of all his Bond movies is now a classic of Seventies cinema, British studio production and one of those successful, public-adored 007 bullets which guaranteed the survival of the series until this very day.

With the departure of former co-producer Harry Saltzman and a parting of the creative and business waves, EON Productions’ Albert R. Broccoli produced his first standalone Bond opus by going beneath, over and on the waves. After the scaled back adventures of Moore’s previous Live and Let Die (1973) and The Man with the Golden Gun (1974), The Spy Who Loved Me represents a make or break moment in the Bond film timeline. After another legal delay or two production finally began across the globe in 1976 whilst a brand new soundstage was being prepped by designer Ken Adam at Pinewood Studios. Cubby wanted this film to be big in every way. Bringing back the proven master of Big Bond Lewis Gilbert to direct and peppering the recipe with newcomers like Carly Simon, Marvin Hamlisch, Richard Kiel’s Jaws, writer Christopher Wood and a brand new Lotus Esprit that lent Moore his iconic take on the DB5 worked for the fortunes of EON and Bond. 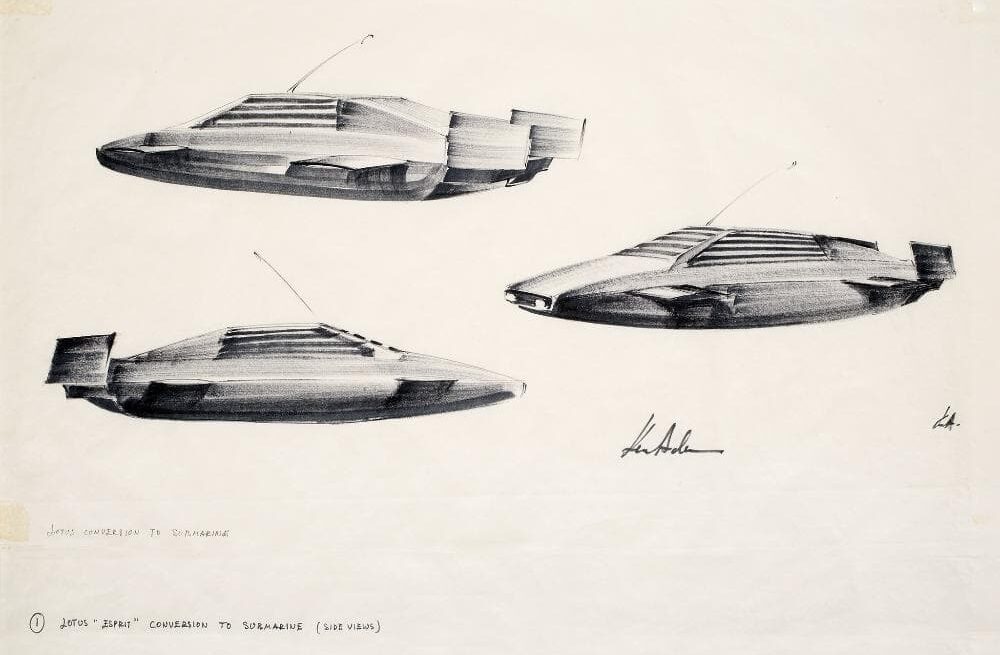 That The Spy Who Loved Me spans the globe and a myriad of Concorde-fuelled locations and still works as a tight adventure with a greater emphasis on the physicality and movement of the onscreen Bond is testament to the big scale gamble Cubby Broccoli wanted to make. The film opened to great box office, critical acclaim and garnered three Academy Award nominations (for Best Song, Best Score and Best Production Design). It did not win any of them as a small B-movie called Star Wars somewhat stole its Oscar glory. But what it lost in golden statues it more than made up with memories of Union Jack parachutes and battered Corgi Lotus cars firing those red missiles across back gardens and childhood carpets throughout the land. It reignited a younger generation’s interest in Bond and – as the poster says – beyond.

When discussing the big scale James Bond movies it is often production design master Ken Adam who gets referenced and – rightly – held aloft. But it was the director Lewis Gilbert who translated EON Productions and Adams’ immense vision into a working movie reality. And he did so for Bond three very successful times – including The Spy Who Loved Me. 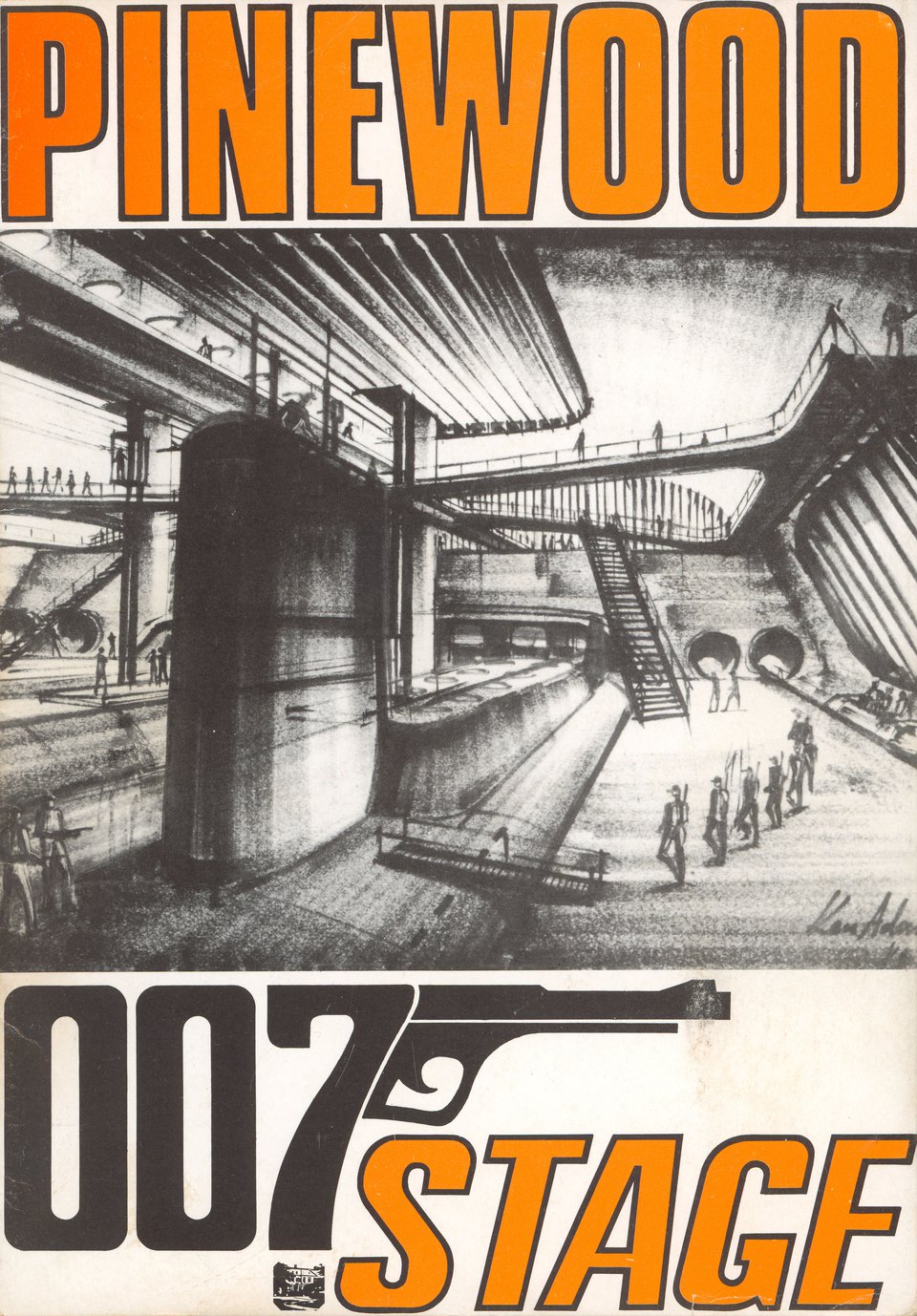 A former child actor with the potential to have taken a very different road into acting, Lewis Gilbert was – like the late Terence Young, Guy Hamilton and Peter Hunt – not only part of that leading quartet of Bond’s formative and vital captains. He was also partly typical of the British film systems at the time which ultimately straddled World War Two. Having risen up the ranks , cutting rooms, apprenticeships (he was a junior under Alfred Hitchcock) and various documentary units, Gilbert cut his storytelling teeth on various 1950s adventure movies, cute fables, domestic comedies, crime noirs and contract pictures for once bigger names.

As Roger Moore’s time in the Bond role needed to expand itself and make a production statement like no other, it was Lewis Gilbert who Albert R. Broccoli turned to in 1976 to direct his own first solo stint at the helm of EON Productions. 1977’s third Roger Moore Bond bullet not only becomes the leading man’s favourite spin of the 007 dice, but a movie behemoth that once again saw Gilbert successfully handle a monumentally intricate production schedule, global map, vision and budget. And monorails. Gilbert’s Bond movies were always blessed by copious monorail usage. Even Vogue made use of the monorails of Bond when they shot a lesser known model called Jerry Hall on the Pinewood sets of Bond ’77.

After the global, box-office and Academy Award nominated success of The Spy Who Loved Me, Bond naturally needed a next adventure; and the Ken Adam vision of 1979’s Moonraker ultimately made You Only Live Twice look like Alfie in Japan. Fulfilling the 1967 tease of putting Bond in space, Moonraker was also an international production involving multiple studios, locations, countries, actors, crew, 1970s tax hurdles and space shuttles. Yet, without The Spy Who Loved Me and its success the idea of the bigger Bonds would not exist. And cinema would be a poorer villain’s lair because of it. After Gilbert and 007’s production achievements of the late Sixties and Seventies, it is arguable whether or not the likes of George Lucas would have settled on those Home Counties studios for 1977’s Star Wars. and subsequently Raiders of the Lost Ark. The idea of soundstage expansion for one movie and a mind towards future investment came of age in 1976 and the decision to build the first 007 Stage. One of the key legacies of Lewis Gilbert is not just in the widescreen glories of 007. It is surely to be found in how today Pinewood Studios is preparing for more Star Wars and big Disney franchise projects and a fiscal input into the British moviemaking economy that can be easily traced back to the Broccoli gamble that was The Spy Who Loved Me.

‘After a three year gap since The Man with the Golden Gun (1974), Eon and United Artists clearly wanted Bond back with a bang. And the big bang theory was to serve up a glitzy, disco bullet of adventure using more global locations than Elizabeth II actually owned. After the “007 on vacation” carnival vibe of the previous Live and Let Die and Golden Gun – where James runs amok in various ex-colonial haunts of the British empire – The Spy Who Loved Me sees Commander Bond well and truly back to the job in hand. It is more than just a three year gap and re-energized creative personnel that separates Spy from the previous Moore films. It re-points Bond as British naval commander in a sea-faring opus. It re-points Britain as arch-foe of the Russians (which the 007 films actually do a lot less than their reputation suggests). And it repoints Britain as a film-making might in the face of the Brat Pack of 1970s American directors and their motion-capture artifice.

There is a lot going on in The Spy Who Loved Me – microfilms, sacrificial lambs, switched allegiances, iffy nightclub owners, shark tanks, stolen glances and trademark Ken Adam killer elevators – and that is just the backstage dramas of Roger Moore’s hair care team. And unlike that steadfast hairdo, the film certainly moves around – Egypt, Scotland, The Bahamas, Italy, Spain, Portugal, Switzerland and Canada – with each destination featuring 007 as the Brit Abroad with Roger’s flares semaphoring his en-suite reservations before he does.’

After forty-five years of feeling sad for the rest, The Spy Who Loved Me is not jumping off any mountains just yet. Screened recently across cinemas to help mark the sixtieth anniversary of 007, Bond ’77 continues the test of time back on the big screen. It proved itself to be once again one of the tightest, effortless and grandiose of the Bond projects. It also marked a vital new chapter in the sixty-year history of Bond onscreen. It was the first official Bond film producer Barbara Broccoli worked on during her later teen years, it was the first that future Bond producing captain Michael G. Wilson was credited as ‘special assistant to the producer’, the creation of The 007 Stage enhanced UK movie production and re-asserted Pinewood as a vital international hub of cinema (there is now an official Roger Moore Soundstage), that parachute jump inspired ER II herself to emulate that for a global audience at the 2012 London Olympiad and its Bond and cinematic legacy continues to trace forward into the future of 007. An early action notion for No Time to Die was to see the Aston Martin DB5 shunted off a cliff only to sprout Union Jack wings in a deliberate homage to Bond ’77 and one of franchise cinema’s greatest moments. And Craig’s final Bond bullet is awash with Union flag, Britannic minded nods to ER II’s silver jubilee year of 1977.

For a Bond film that still lures new and vitally younger 007 fans into its web of movie spin and Bond fun, there are very few films beside The Spy Who Loved Me that did it better.

One of these looks stunning emerging from the surf. The other is a Lotus Esprit from The Spy Who Loved Me / Photo © Mark O’Connell

The Spy Who Loved Me wet-bike / Photo © Mark O’Connell