YOU ONLY DIRECT THRICE – Remembering the director who made Bond big 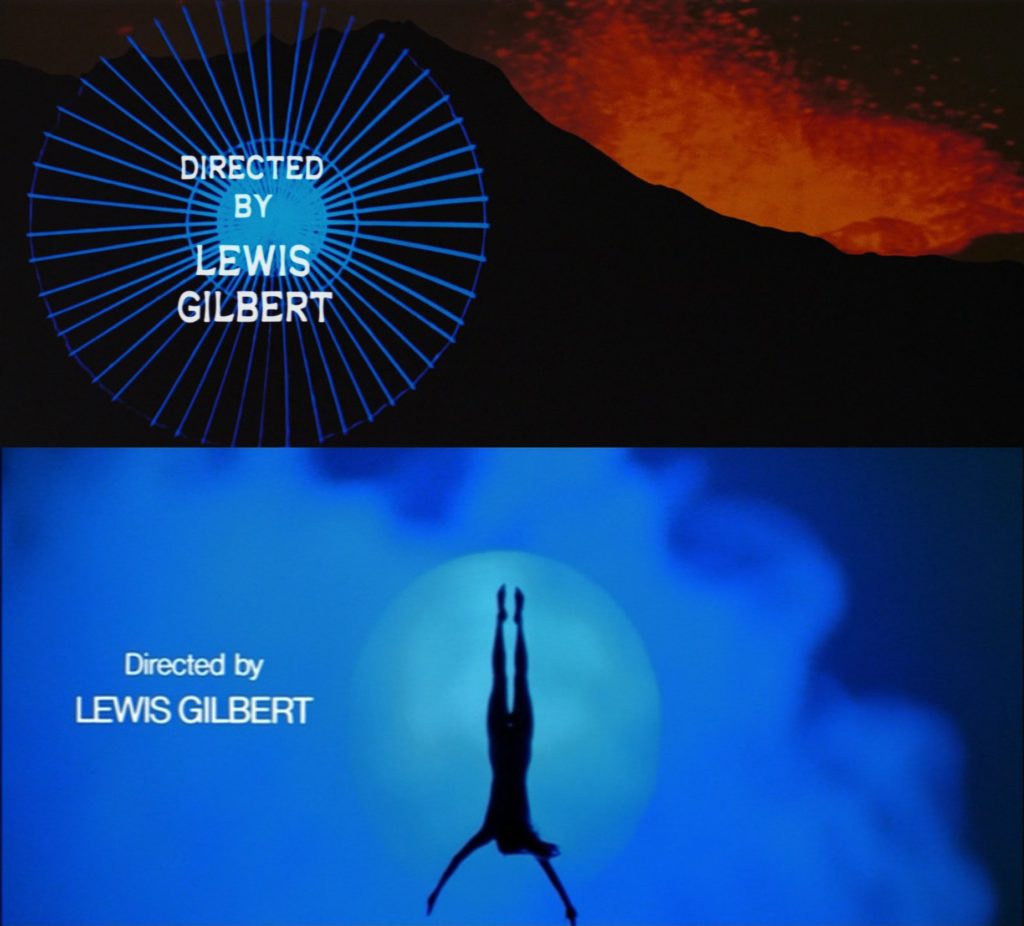 When discussing the big scale James Bond movies it is often production design master Ken Adam who gets referenced and – rightly – held aloft. But it was the director Lewis Gilbert who translated EON Productions and Adams’ immense vision into a working movie reality. And he did so for Bond three very successful times.

A former child actor with the potential to have taken a very different road into acting, Lewis Gilbert was – like the late Terence Young, Guy Hamilton and Peter Hunt – not only part of that leading quartet of Bond’s formative and vital captains. He was also partly typical of the British film systems at the time which ultimately straddled World War Two. Having risen up the ranks , cutting rooms, apprenticeships (he was a junior under Alfred Hitchcock) and various documentary units, Gilbert cut his storytelling teeth on various 1950s adventure movies, cute fables, domestic comedies, crime noirs and contract pictures for once bigger names. But it was the post-war WWII movie where Gilbert ultimately found his first niche – and often a Pinewood Studios backdrop that echoed his future work on three 007 epics. 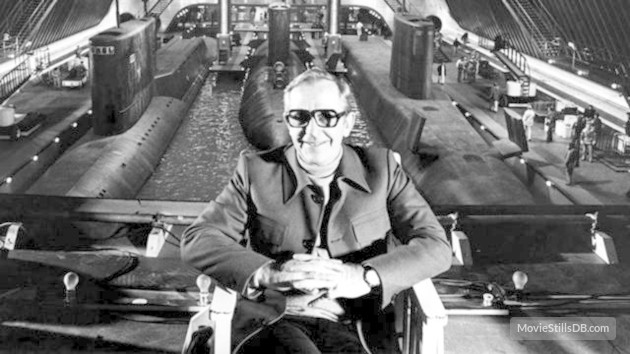 Lewis Gilbert at the Pinewood helm for THE SPY WHO LOVED ME. Photo © EON Productions

Any rainy Sunday for any bored British kid in the 1970s and 1980s would have involved watching at least one Lewis Gilbert war movie. Albert R.N. (1953), The Sea Shall Not Have Them (1954), Reach for the Sky (1956), Carve Her Name With Pride (1957) and Sink the Bismarck! (1960) are all World War Two movie stalwarts marinated with a British sensibility and heroism. Kenneth More and Dirk Bogarde were often his regulars and he helped make household names of 1950s names such as Sylvia Syms, Virginia McKenna and Anthony Steel. Lewis Gilbert also directed some of the key movies in the history of Pinewood Studios – the films whose production DNA sealed the reputation of not only Iver Heath’s finest movie palace, but those in the neighbouring Home Counties also.

It was ultimately a trajectory that made absolute sense to EON Productions when looking for a director for 1967’s You Only Live Twice. With a tougher, more media scrutinised shoot in Japan than expected and with leading man Sean Connery making public declarations about stepping down from the role of James Bond 007, Gilbert’s You Only Live Twice still aimed to be the first of the big Bond bullets. Admittedly, both the preceding Goldfinger (1964) and Thunderball (1965) had already seen Broccoli and Saltzman stretch Bond’s movie wings to attract bigger headlines, bigger box office and bigger reactions. But it was EON’s fifth Bond opus where the full scale and might of a Bond movie juggernaut was properly unleashed by Gilbert and his designer Ken Adam. The famed volcano set at Pinewood was ever visible from the surrounding motorways and people’s reminiscences of the time. It was not only a mammoth production statement and a financial gamble for EON and United Artists, it soon became – like the film itself – a valuable piece of 1960s pop art.

Yet, Lewis Gilbert was no stranger to the Swinging Sixties and the rule of Britannia in that crucial decade for British pop culture. As Bond fans today clamour to pre-guess new Bond directors based on A-list names and output – with some oddly scorning the ever better calibre of helmsman, creatives and artists creating today’s new 007 movies – it is easy to overlook how by the time of You Only Live Twice and 1967, Lewis Gilbert was already an Academy Award nominated director and producer with a spring in his movie step and a film that sealed the reputation of Michael Caine. It was perfect for late Sixties EON and Bond. 1966’s Alfie won the Jury Prize at Cannes, had Cher perform Burt Bacharach (Casino Royale) and Hal David’s title song for the US release (the UK got Cilla Black) and it counted Ronnie Scott on its illustrious jazz soundtrack cast list. It was also – like Gilbert’s later famed non-Bond work – at total odds to the scope and size of his three Bond epics. He not only follows the south London exploits of Alfie with the rather different and Japan-set rollercoaster You Only Live Twice, he takes our man James into space not once, but twice.

As Roger Moore’s time in the Bond role needed to expand itself and make a production statement like no other, it was Lewis Gilbert who Albert R. Broccoli turns to in 1976 to direct his own first solo stint at the helm of EON Productions (after Harry Saltzman had left the Bond fold post 1974’s The Man with the Golden Gun). 1977’s third Roger Moore Bond bullet not only becomes the leading man’s favourite spin of the 007 dice, but a movie behemoth that once again saw Gilbert successfully handle a monumentally intricate production schedule, global map, vision and budget. And monorails. Gilbert’s Bond movies were always blessed by copious monorail usage. After the global, box-office and Academy Award nominated success of Spy, Bond naturally needed a next adventure; and the Ken Adam vision of 1979’s Moonraker ultimately made You Only Live Twice look like Alfie in Japan. Fulfilling the 1967 tease of putting Bond in space, Moonraker was also an international production involving multiple studios, locations, countries, actors, crew, 1970s tax hurdles and space shuttles. Close to The Spy Who Loved Me in ambition, design scale, branding and its Cinzano-soaked world of Concorde locations and adventure, it was always Lewis Gilbert who held that story vision all together.

His subsequent films certainly saw a scaling back of budget and story scope. But one which was no less vital to the history of British cinema. A multi-genre and quietly savvy director in an era that was not always common, Gilbert always had a habit of working with key British screenwriters and dramatists – such as Bill Naughton, Roald Dahl, Ronald Harwood, and Willy Russell. Admittedly 1983’s Educating Rita didn’t feature a monorail, but it did launch the wider screen career of Dame Julie Walters (who herself joined EON Productions roster of talent in 2017’s Film Stars Don’t Die in Liverpool) and marked a key role for Alfie‘s Michael Caine. At its heart – one which Gilbert ensured kept writer Willy Russell’s key sentiment of his 1980 play – Educating Rita packs a grand message about education and singing a better song. It saw the director return to that British social conscience and awareness he underlined in Alfie – and soon Rita led to 1989’s Shirley Valentine, another collaboration with Russell and an Academy Award nomination for its leading lady, Pauline Collins. Gilbert then followed that with the camp curio that is Stepping Out (1990) and the glorious sight of Shelley Winters at the piano for a tap-dancing Liza Minnelli and Julie Walters.

After Gilbert and 007’s production achievements of the late Sixties and Seventies, it is arguable whether or not the likes of George Lucas would have settled on those Home Counties studios for 1977’s Star Wars. The idea of soundstage expansion for one movie and a mind towards future investment came of age in 1976 and the decision to build the first 007 Stage. One of the key legacies of Lewis Gilbert is not just in the widescreen glories of 007. It is surely to be found in how today Pinewood Studios is preparing for its fourth Star Wars movie in as many years and a fiscal input into the British moviemaking economy that can be easily traced back to You Only Live Twice and that volcano.