MEET THE ASTONS of NO TIME TO DIE 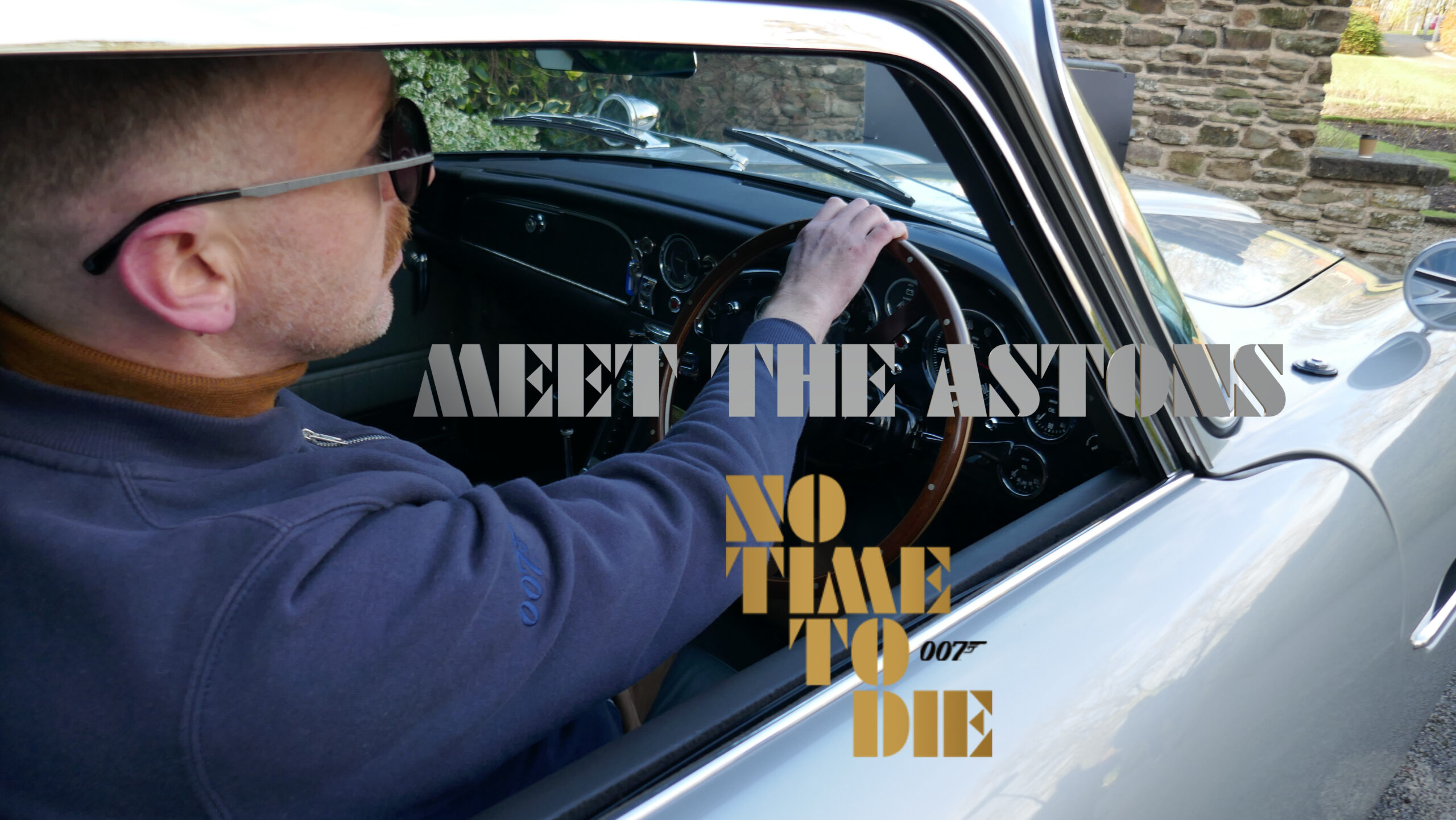 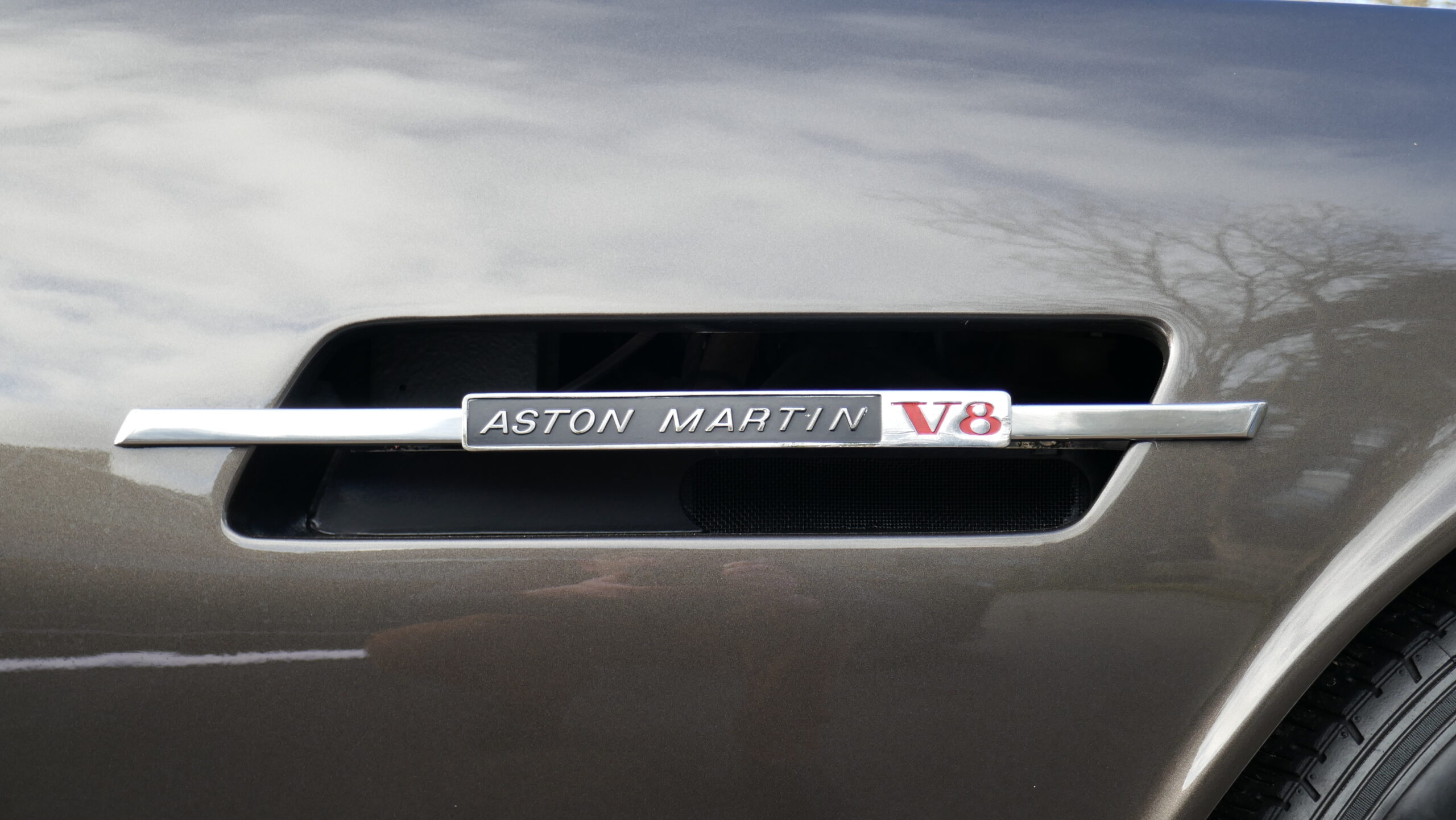 Four Aston Martins flank Daniel Craig in No Time to Die. Whilst the fourth (the Aston Martin Valhalla supercar) has a quick static cameo in the depths of MI6, three glorious Aston sidekicks star in Bond’s twenty-fifth movie mission, and are there for all the film’s emotional, style and action beats. 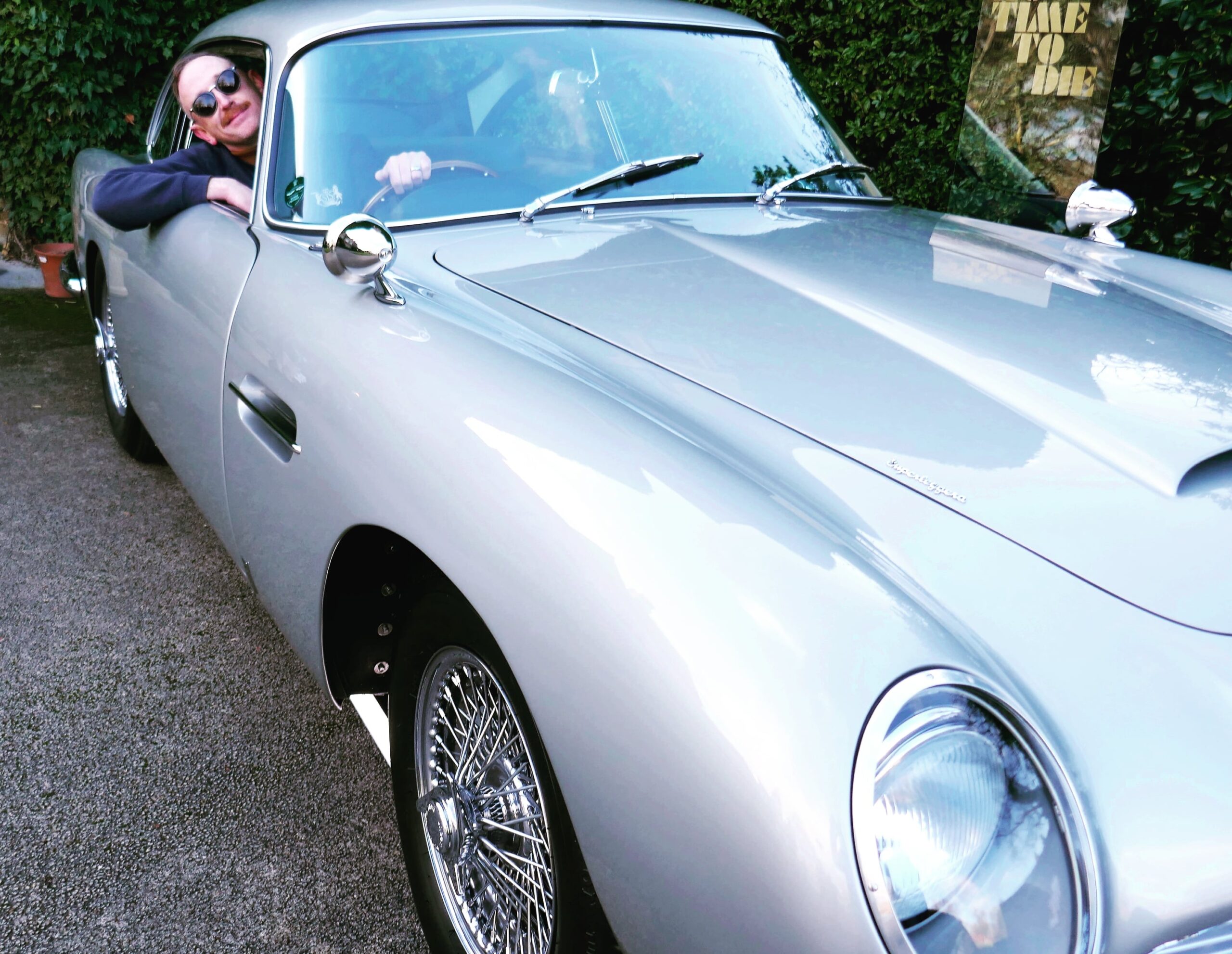 Having been invited by Yahoo Entertainment UK and Universal All Access to experience a fantastic Bond adventure choreographed and steered by Bond’s VFX master Chris Corbould, stunt driver extraordinaire Mark Higgins and motorbike legend Paul Edmonson (responsible for THAT stunning Matera bike leap), I later take a little tour around the rather beautiful DB5, the V8 and the DBS. 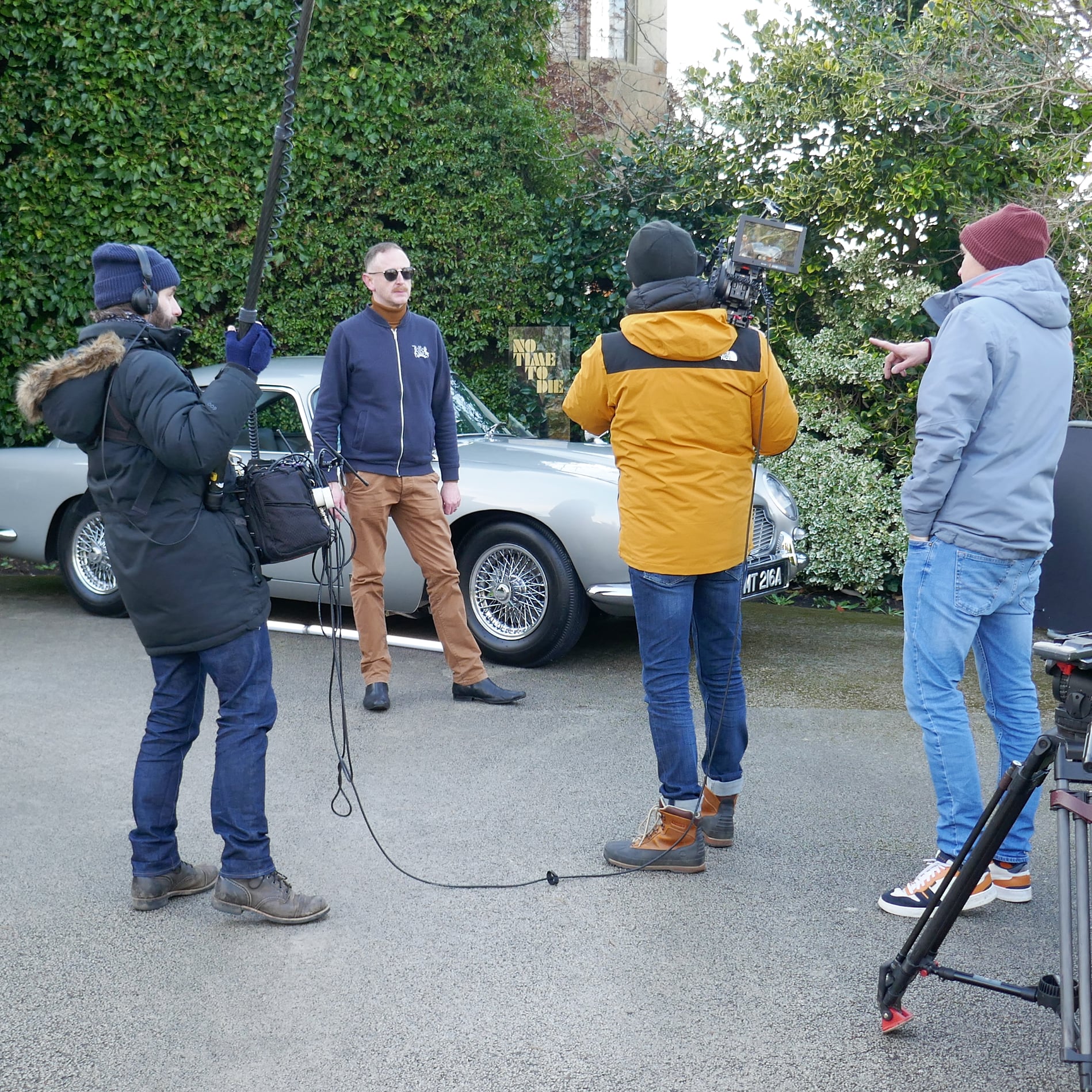 The DB5 alone has been driven from Bond heaven. One of the twenty-five cars marking the release of 007’s twenty-fifth movie bullet, the Goldfinger Continuation DB5 was part designed by Corbould and features many of the Bond ’64 tricks and gadgets. Whilst the £3.2m price tag is a tad more costly than the Corgi models that filled the world’s toy boxes in the 1960s, being able to encounter this DB5 was a vehicular honour.

An extension of Bond himself – the tailoring, the adventure, the British modish swagger and the style – the DB5 was a designer alloy that underlined how Goldfinger marked a change in Bond and action cinema. The previous Dr. No (1962) and From Russia with Love (1963) were the big Bond film and the espionage thriller templates respectively that served the franchise forever more. 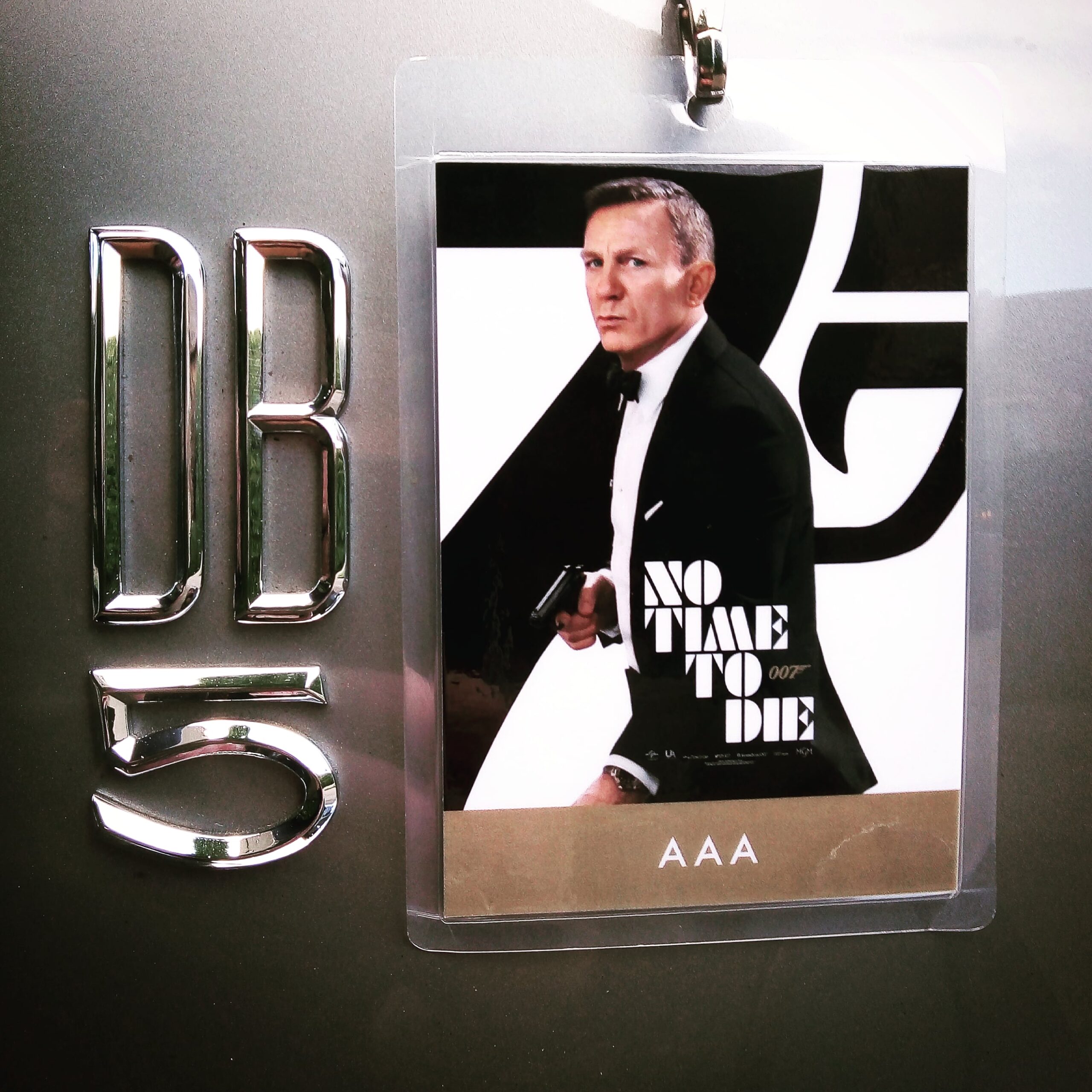 However, it was Guy Hamilton’s Goldfinger that saw the series – that had already repointed the action movie genre two films before – now refocus itself three films in to include a vitally new sense of movement, design and caper.

A key element of that sense of movement is the DB5 – Bond’s sidekick accomplice that singlehandedly secured the future fortunes of the franchise by letting the kids ride shotgun via their Corgi cars and Aston Martin lunchboxes. The car continues its sixty year ride with Bond in No Time to Die and its spectacular Italian overture where the stealth and strength of the DB5 becomes the emotional core of Bond himself. 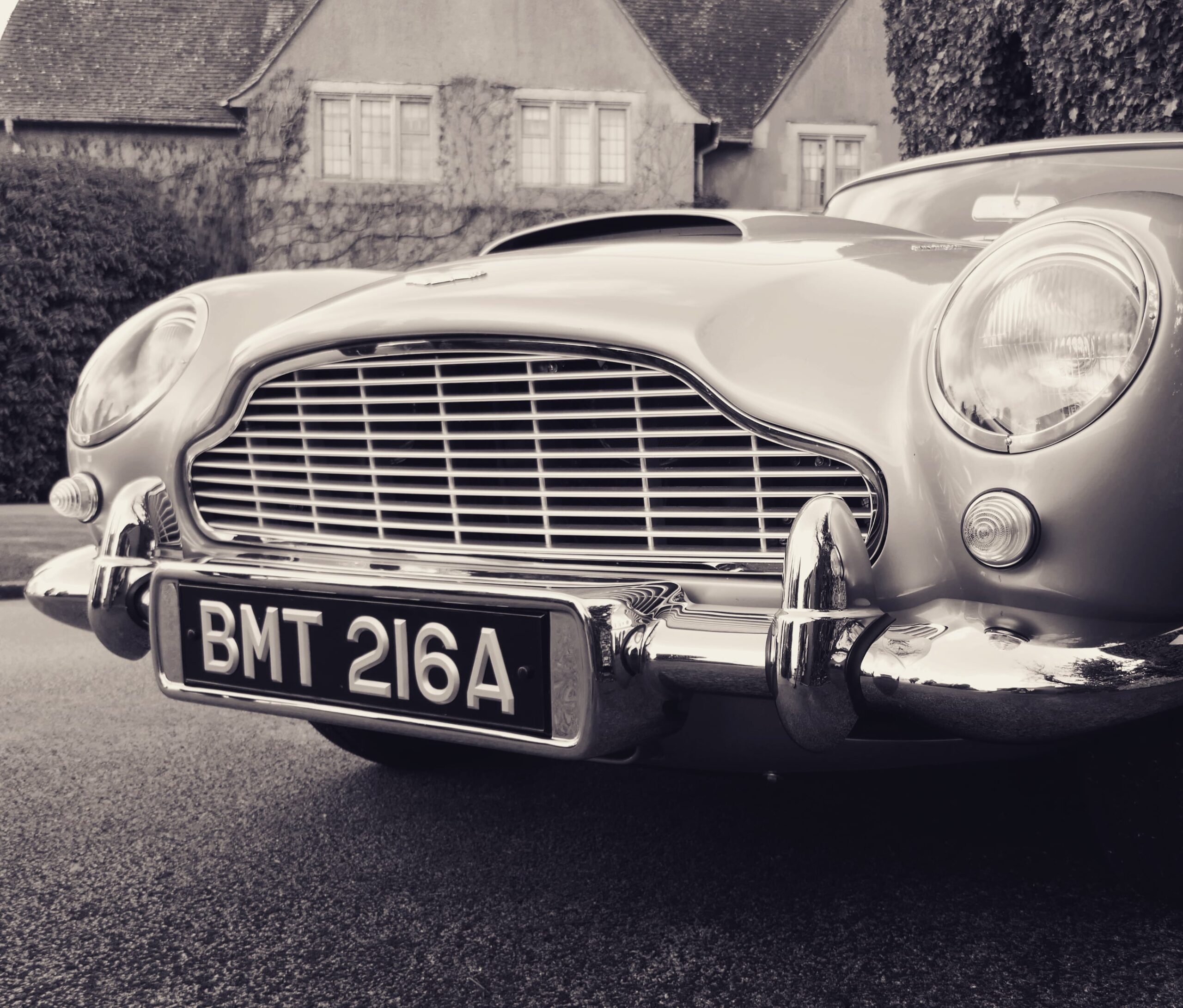 Playing out some Bond fan fantasies up close and seeing what some of the buttons do is the stuff of Bond childhoods and I am wholly grateful for the experience. Adding to the gathered ensemble are the Aston Martin DBS and the Aston Martin V8. 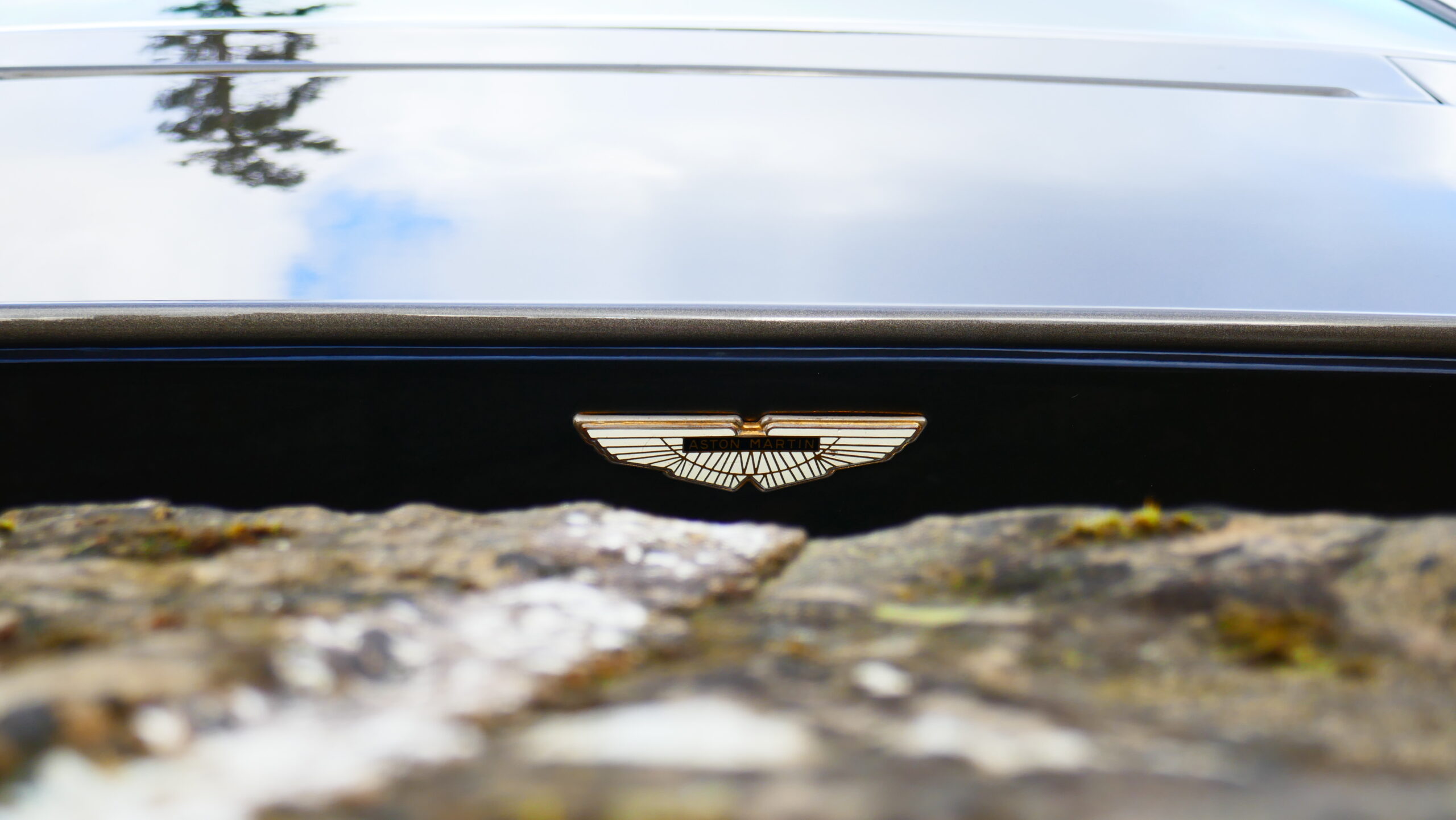 Of the trio, this bullet catching Bond kid is easily drawn to the V8 and its 1987 memories of Timothy Dalton, Austrian ice chases and The Living Daylights. For a certain generation, the V8 holds greater, warmer nostalgia than even the DB5. It was the toy car star of its Bond day and is a welcome prodigal to No Time to Die. The moment it ends the film driving Bond’s family into a gunbarrel tunnel and a poignant reprise of Louis Armstrong’s ‘We Have All The Time in The World’ is a beautiful and rare emotional beat for the Bond series. 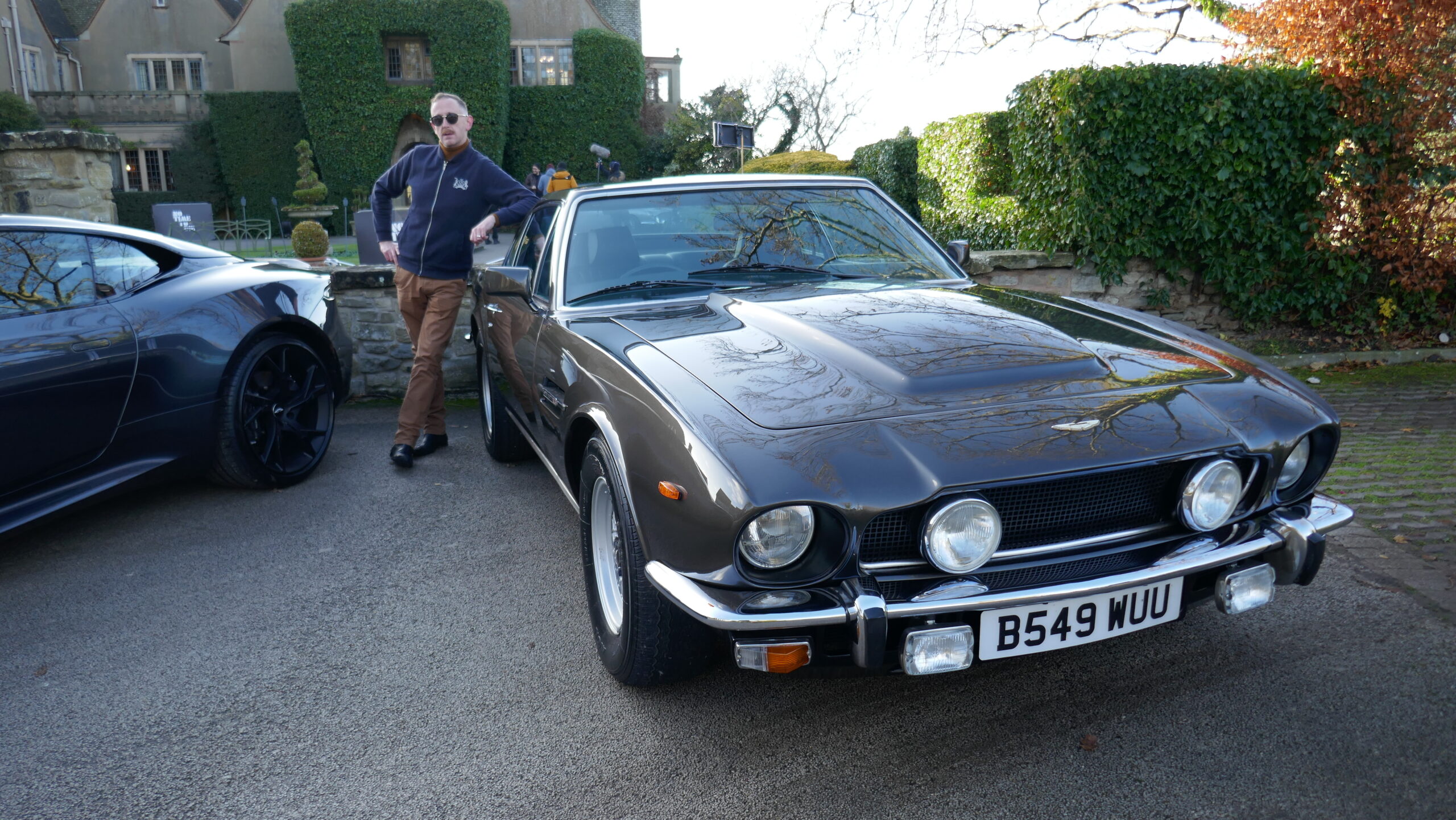 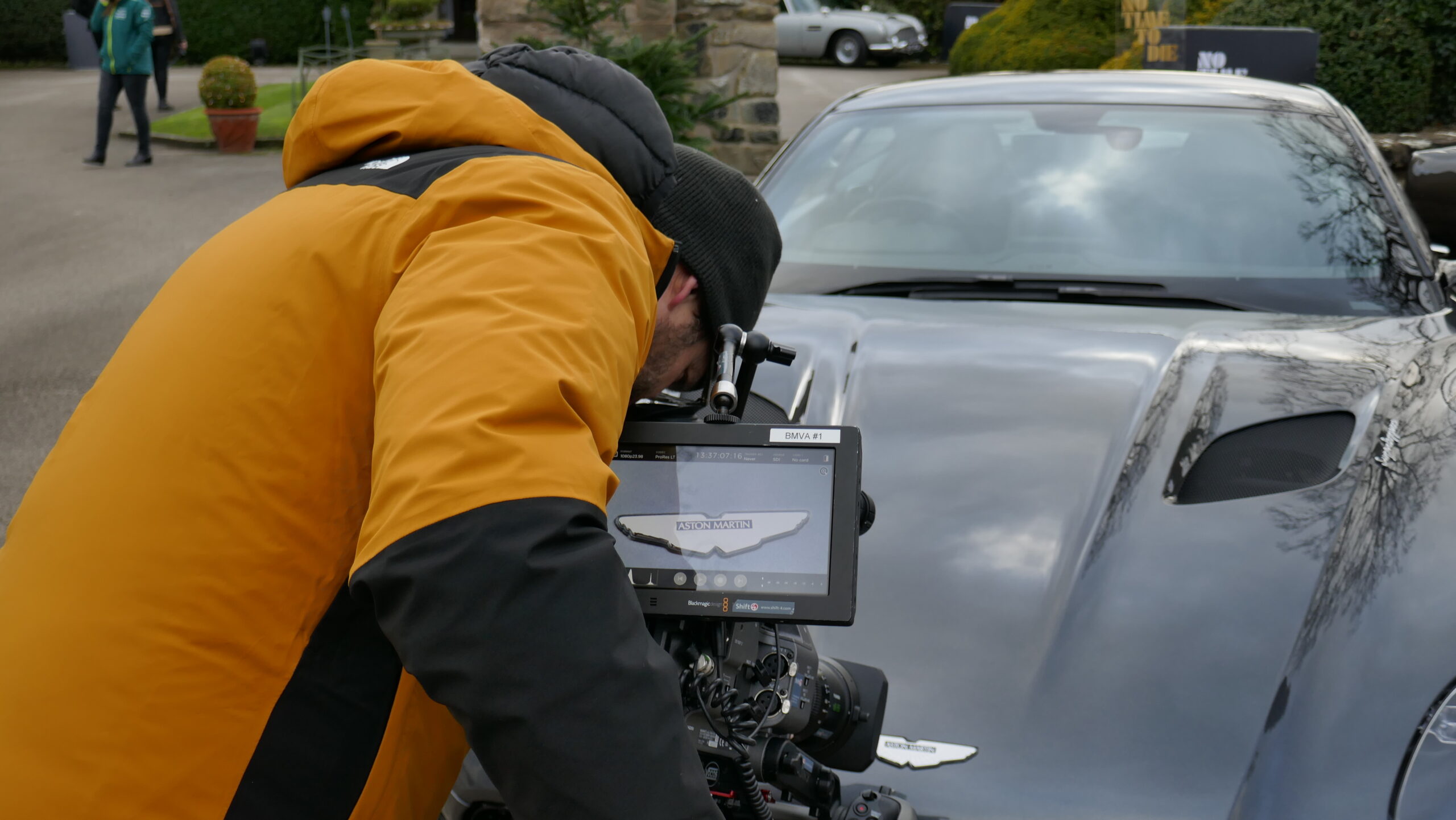