HELLO DAVE – Remembering Stuart Freeborn on the 50th anniversary of 2001: A SPACE ODYSSEY

“I am putting myself to the fullest possible use, which is all I think that any conscious entity can ever hope to do. ”

One of the masterworks of cinema is Stanley Kubrick’s 2001: A Space Odyssey. Not only did it pave the way for the visual effects of Star Wars, Close Encounters of the Third Kind and E.T. The Extra Terrestrial, it repointed science-fiction cinema away from flying saucer B-movie excess and TV minded shows . Here was a film that was pure Kubrick, pure science fiction and pure cinema. It was also – like Star Wars after it – forged in the Home Counties studios of England with a wealth of British crews and production talent taking the world to the stars a whole year before Apollo 11 touched down on the Moon’s surface in July 1969. 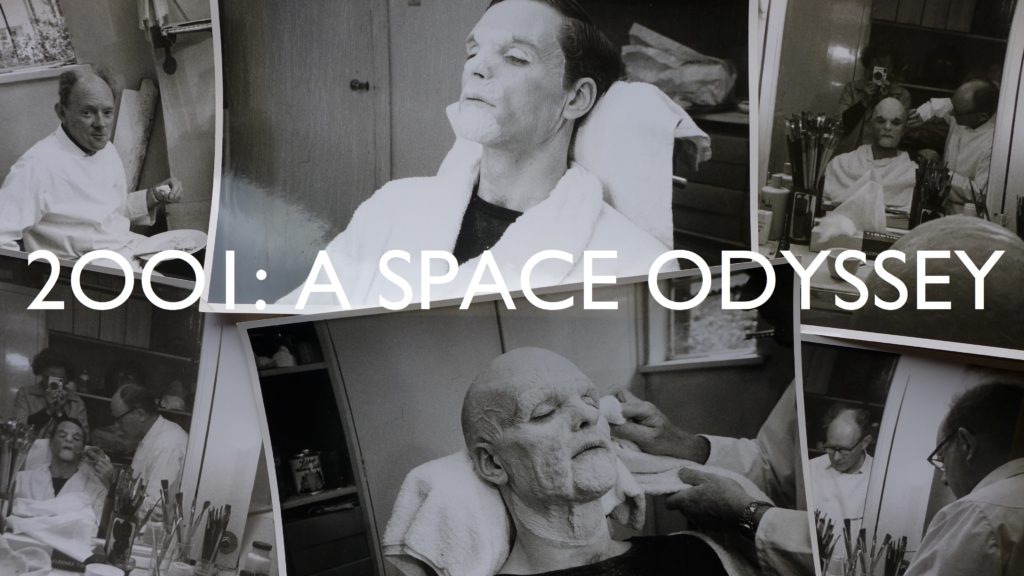 One of those key creatives and artistic wizards was Stuart Freeborn. Nicknamed the “grandfather of modern make up design“, Freeborn was the make-up designer on such titles as Dr Strangelove, Star Wars, The Bridge On The River Kwai, The Omen, Murder on the Orient Express, The Dambusters, Oliver Twist, Séance On A Wet Afternoon, The Empire Strikes Back, Return of the Jedi, Superman The Movie, The Great Muppet Caper, Superman II, Superman III and IV, Santa Claus: The Movie, and 10 Rillington Place. A British make-up design maestro with a track record that had stretched back three decades before 2001, Freeborn was charged with not only creating the apes for the prehistoric overture to Kubrick’s 1968 movie, he was tasked with the ageing effects necessary for the lead actor Keir Dullea (Dave) to span time itself for a last act reveal that was key to the film’s spiritual and wider questioning of humanity’s place in the stars.

Stuart Freeborn’s notes on the back of a Keir Dullea still during the 1966 production of 2001 : A SPACE ODYSSEY

Before he died in 2013 aged 98, Stuart Freeborn kindly passed onto me some rare behind-the-scenes mementos and stills from his own collection. He was downsizing and wanted some of his movie mementos to be appreciated and looked after rather than lost or sold. Part of a small stack of private photos was a small collection of candid snaps depicting Stuart and his life and working partner Kay hard at work on the lengthy 2001 shoot at Shepperton Studios. Depicting the arduous dawn hours necessary for such practical make-up effects to be administered, the stills taken by Stuart and Kay Freeborn are a quietly fascinating, yet intriguing wormhole into the production of arguably *the* sci-fi classic. Make-up brushes in copious jars, powders, Kleenex tissues, foundations, sponges, notes, towels, gowns, cotton wool, mirrors, a gorilla mask on a shelf and – er – a tin of Libby’s tinned vegetables can all be seen – as well as Stuart himself taking a meal break for Kay’s camera. 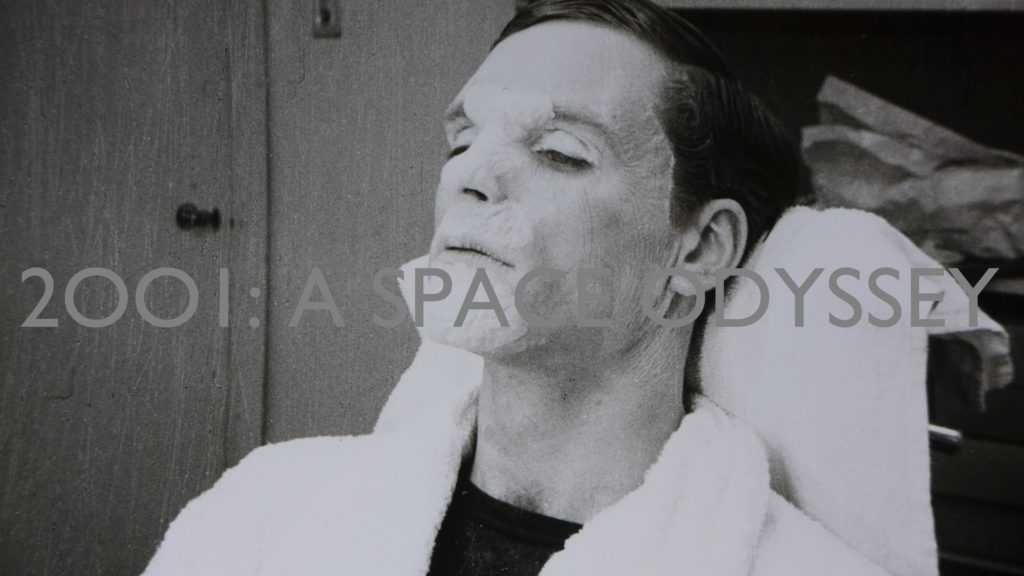 From being given an early job by Alexander Korda in the 1930s via working for Charlie Chaplin, George Lucas, Richard Donner and Jeannot Szwarc, Stuart Freeborn’s role in cinema is not forgotten. Not only did he lend his own features to his eleventh hour design of Yoda, he helped create Chewbacca, Jabba the Hutt, the Ewoks, David Lean’s Fagin, the various Peter Sellers of Dr. Strangelove, the facial pieces for Superman The Movie and many more instantly recognisable flourishes of twentieth century cinema. His home at the time was a testament to the continued love and respect his subjects, collaborators and actors had for the Freeborns – and these 2001 stills are testament to a once specialist craft nurtured into the mainstream by Stuart Freeborn. 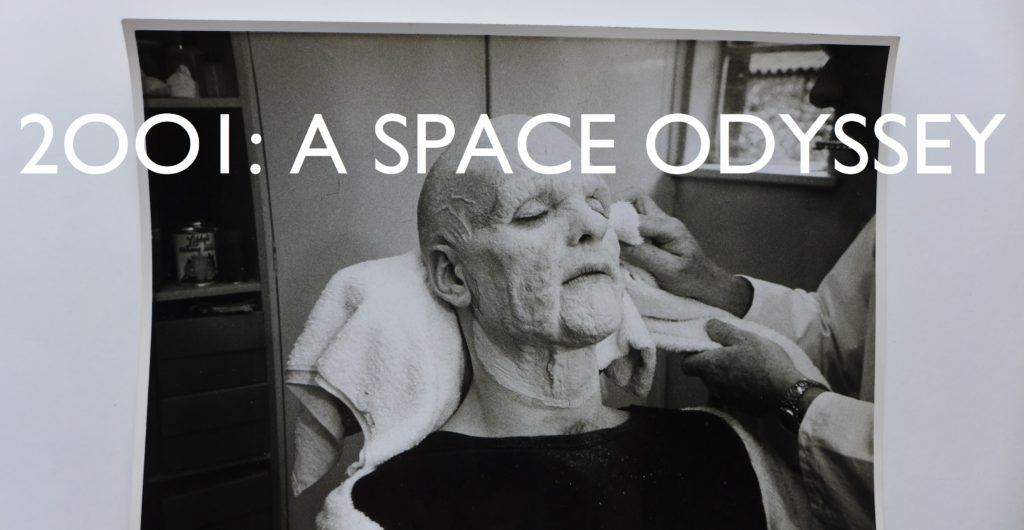 All photos belong to Mark O’Connell.