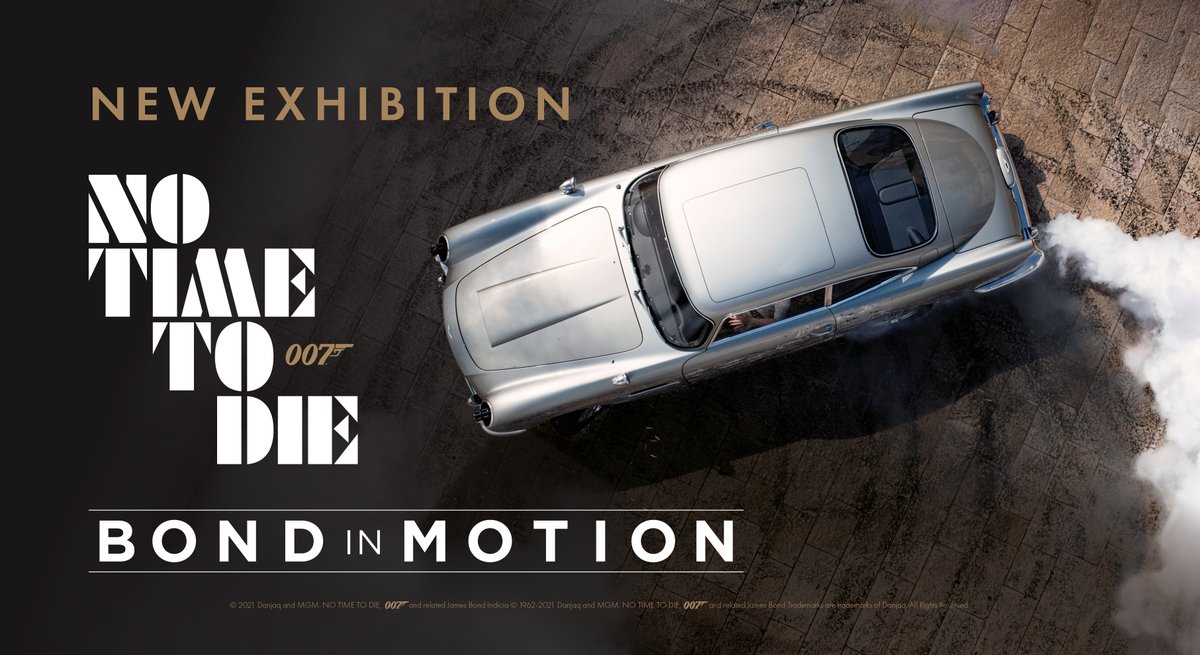 Daniel Craig’s James Bond clearly loves a good lock-up garage to store his various Aston Martins and vehicular co-stars. From 2014 to 2020, the best automotive exhibition space in London was Covent Garden’s Bond in Motion. Housing an ever-updated array of 007’s cars, bikes, jets, tuk-tuks, submersible crocodiles, missiles, Little Nellies, boats, helicopters, planes, submarines, underwater Lotus cars and even some trains, that exhibition is now moving to Los Angeles. Housed at the Petersen Automotive Museum it will be open from September 2021 to October 2022. 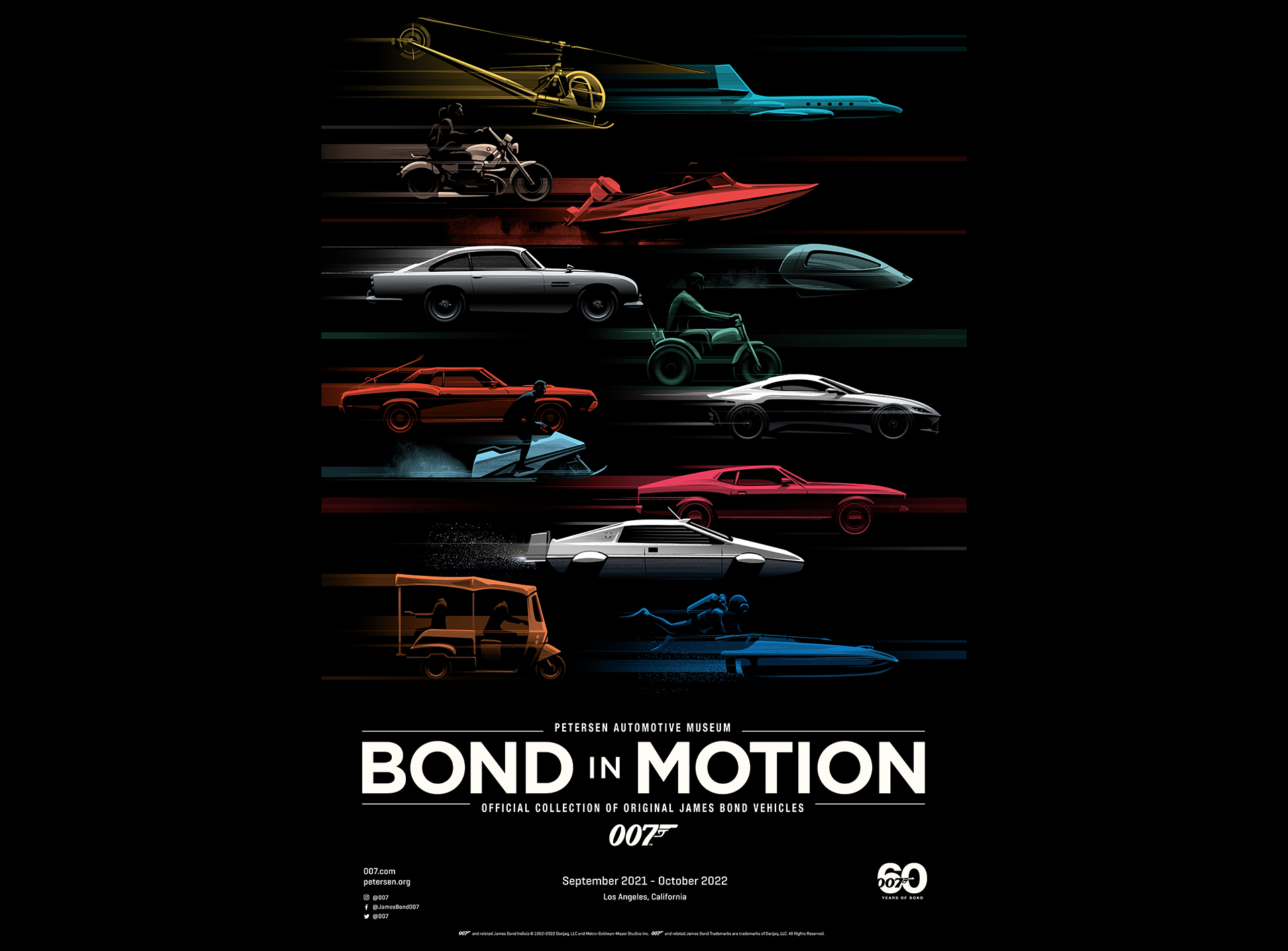 However, the UK is not completely losing its Bond cars and the ability to visit them. To mark the release of 007’s delayed opus, No Time to Die – Bond in Motion will be housed in Hampshire’s world famous National Motor Museum in Beaulieu. It was here Bond in Motion first launched in 2012. And as Bond’s twenty-fifth bullet prepares to finally fire at the world’s movie audiences, EON Productions and the Ian Fleming Foundation quite rightly want to show off Bond’s latest acoutrements on home soil. 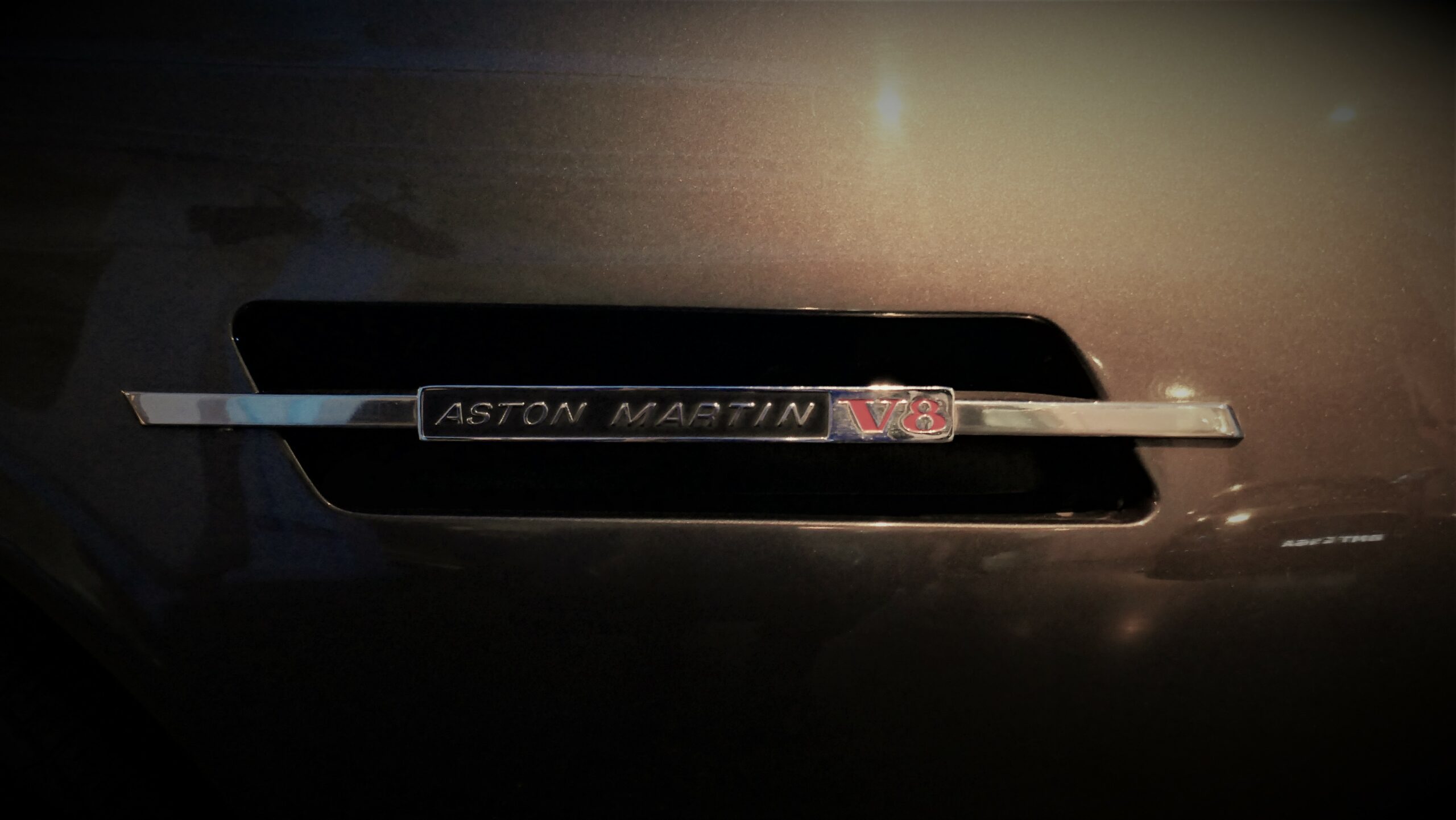 “It follows in the footsteps of our acclaimed Bond In Motion exhibition, which opened ten years ago showing 50 original vehicles from 50 years of Bond – and we know this will be just as popular.” 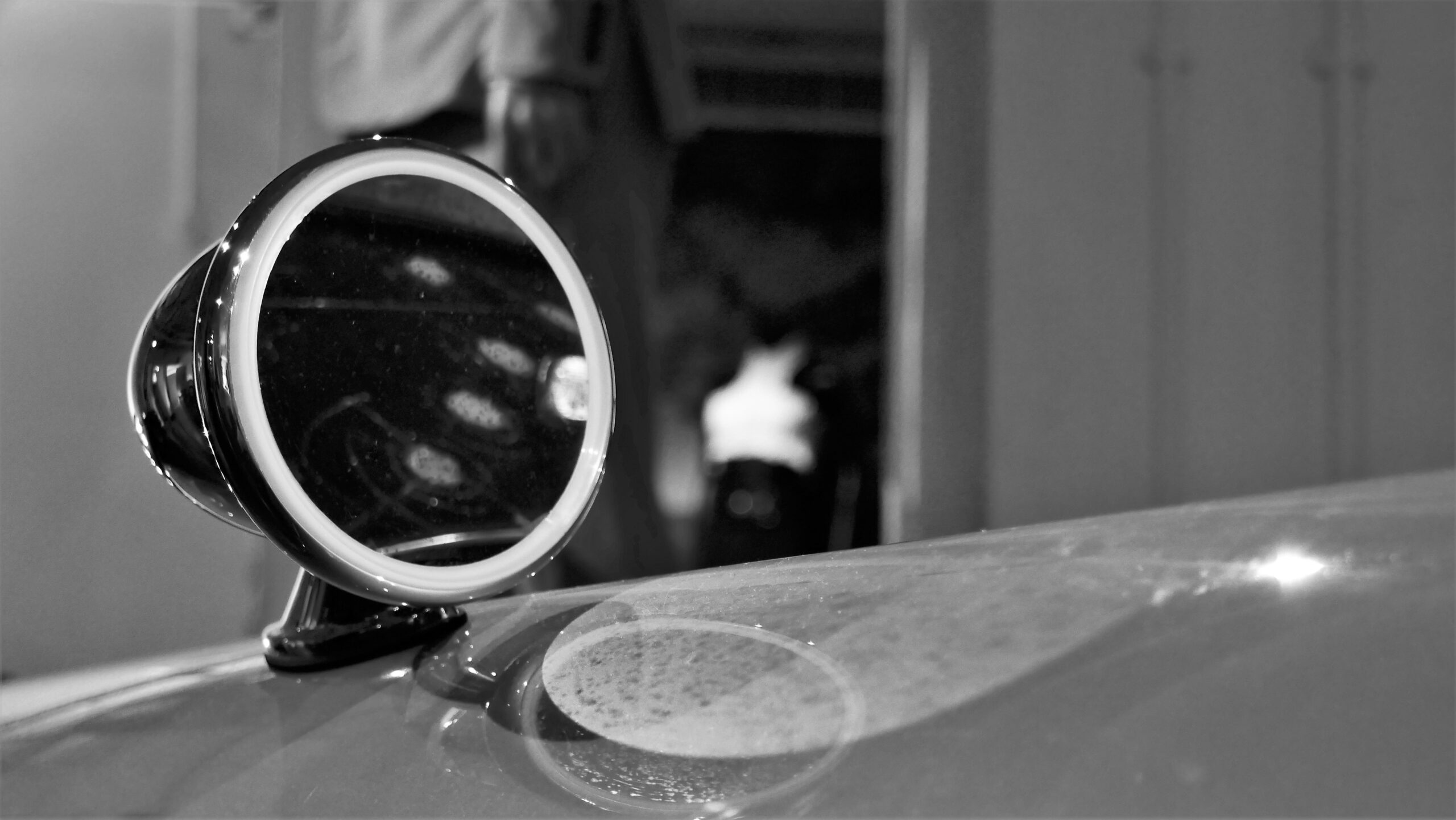 A [pandemic] while back Bond in Motion spoke to some of the visual effects and vehicular captains responsible for No Time to Die and which now form part of the new exhibition at Beaulieu. “Initial talks with Aston Martin and Jaguar Land Rover commenced in October 2018, and many detailed conversations were held to discuss the film’s requirements’, says Visual Effects supervisor Chris Corbould. “Aston Martin built eight bespoke DB5s along with an extensive spares package capable of completing the rapidly evolving action sequence in Matera. They also supplied three Aston Martin V8’s as used in The Living Daylights and two of the latest DBS Superleggera. At the same time discussions were being held with Jaguar Land Rover to produce the first batch of eight New Land Rover Defenders, a mission shrouded in secrecy as the world had no idea at this stage of the design.” 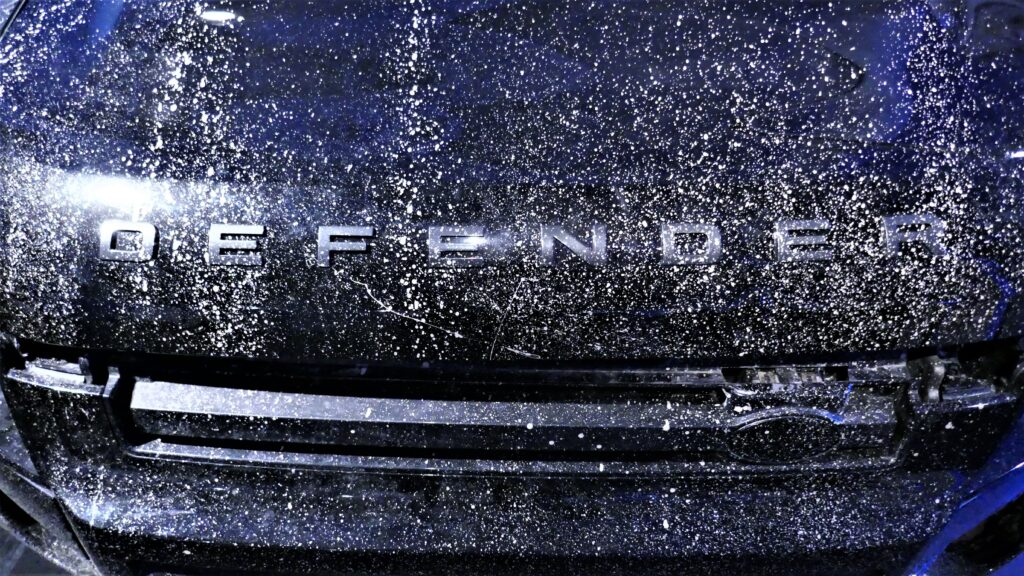 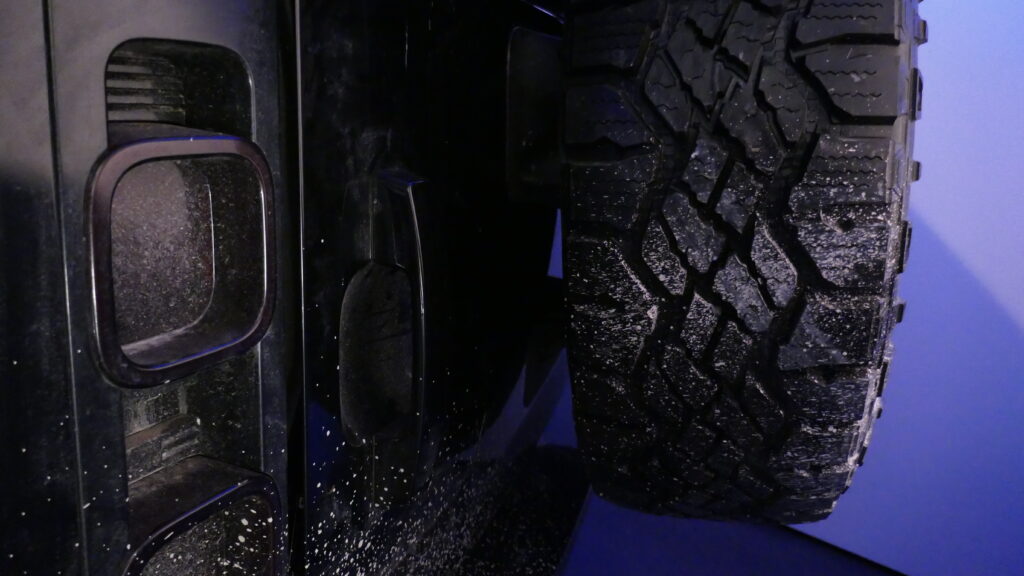 Chris Corbould is a familiar face at Bond in Motion – with No Time to Die marking his fifteenth Bond movie and his ninth as Visual Effects supervisor. He continues – “a number of the DB5s and the Defenders were fitted out with complete roll cages, safety fuel cells, fire extinguisher systems, hydraulic hand brakes, battery isolators, rally seats and five-point harnesses. Q Branch gadgets on the DB5 include revolving M134 mini-guns appearing from the drop-down headlights, traditional smoke screen, mines dropping from under the rear bumper and an LED number plate creating a modern take on the Goldfinger (1964) revolving version”. The number plate alone is a fascinating new take on an iconic trope and the sensor-launched mini-guns are a cute touch for all visitors to the exhibition.

As one Aston Martin is not enough for Bond, No Time to Die has of course upped the Aston ante with no less than four new marques filling the screen. One returning car star is The Living Daylights’ Aston Martin V8. Driven by Bond driving double Ben Collins, the V8 is a fan favourite for those ’80s Bond kids and cuts a fine midnight blue figure at Bond in Motion. The V8 was the Aston a whole generation fell in love with before they even fully appreciated its 1964 DB5 screen cousin. As Ben Collins remarked when taking this bullet catcher for a spin or three in 2019, “I loved the Aston in that film. That was a special Matchbox toy” (The Bond Steer with Mark O’Connell and Ben Collins). And whilst many Bond fans will always gravitate to the DB5 and the sense of adventure the new incarnation literally wears on its metallic sleeves in No Time to Die, it could well be the quietly sleek V8 steals this new exhibition and breaks the DB5 dominance of the Craig era. 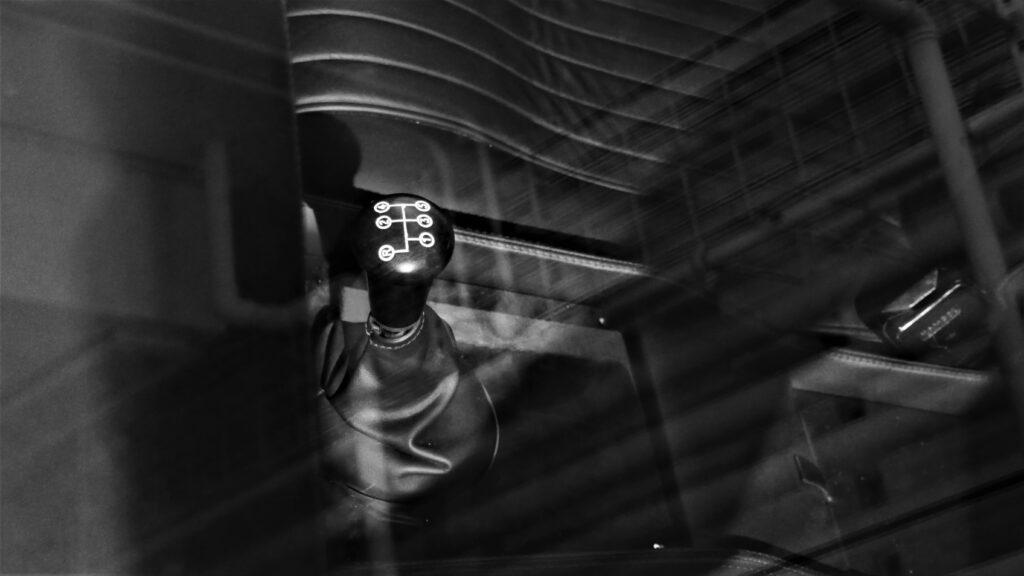 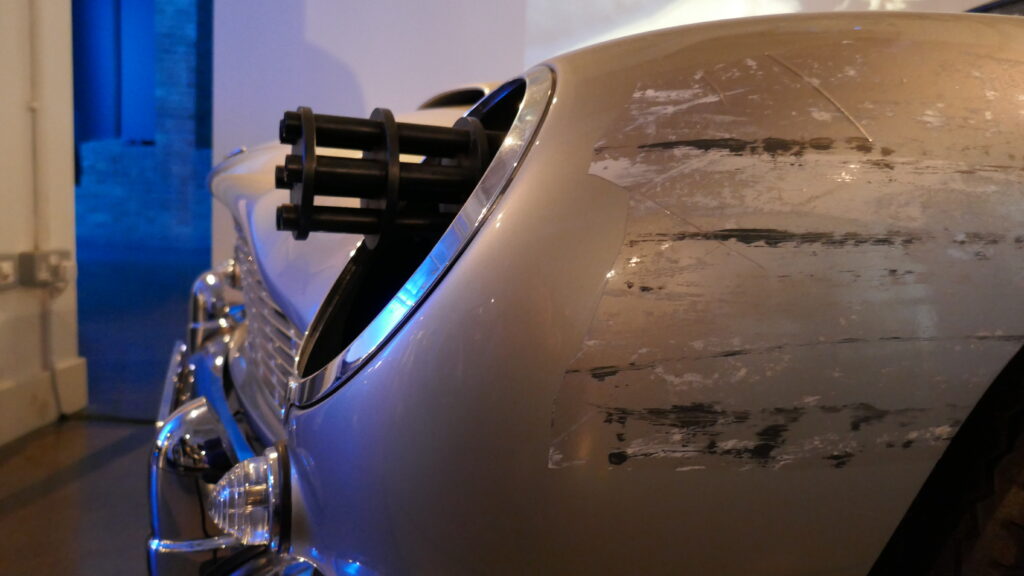 As the DB5 and V8 are extensions of Bond and his tailoring with their mutual grey panels, side-gill cuts and bulletproof lapels, this No Time to Die collection also celebrates the sartorial swagger surrounding 007’s latest mission. Daniel Craig’s Tom Ford suit aptly flanks Bond ’87‘s sleek ride. As does Bond’s Barton Perreira ‘Joe’ sunglasses, his Crockett & Jones Derby shoes, some bespoke tie and tie-pin action and the beige Massimo Alba suit that he sports in Matera’s Italy. 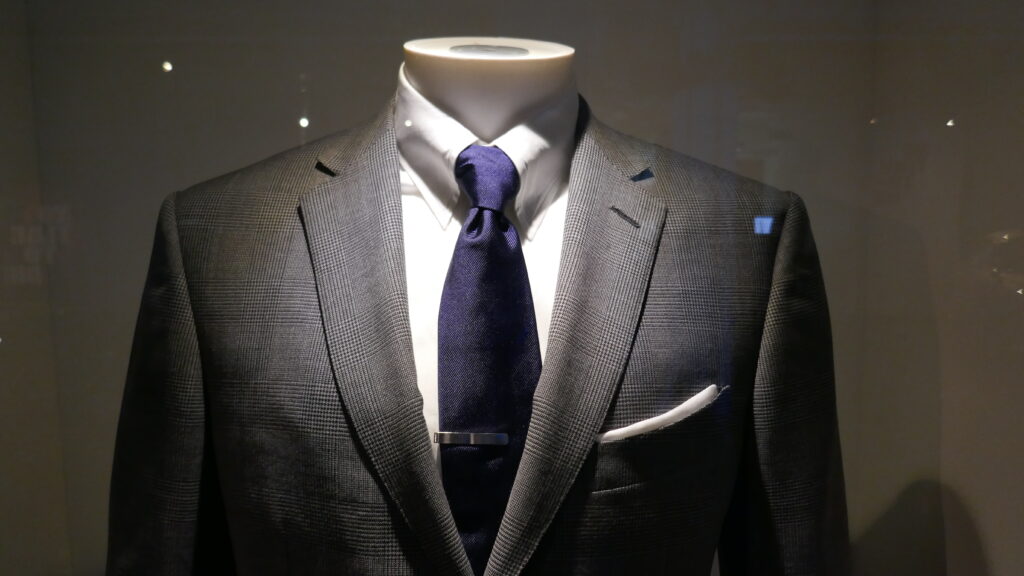 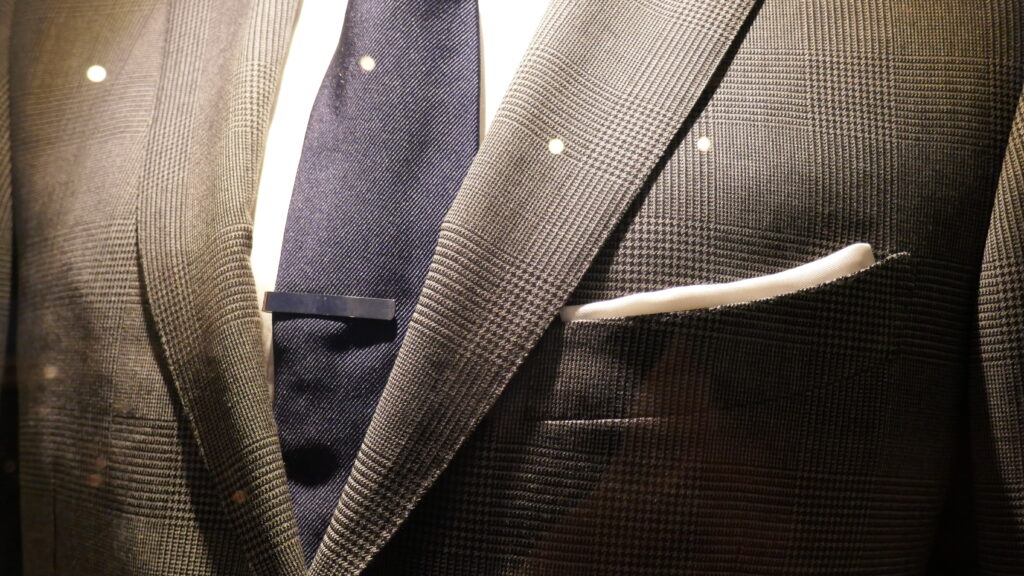 Other vehicles that played special roles in the film include Bond’s Land Rover Series 111, a Royal Alloy GT125 scooter used in Jamaica, and a Triumph Scrambler motorbike used in Matera as driven by new character Primo. “I think the audience will be thrilled to see the DB5 in full battle mode driving at speed through the streets of historic Matera in Italy”, suggest Chris Corbould. “As the city is built on the side of a hillside, the balconies, roofs and gardens created a natural amphitheatre, and the public clapped and applauded whenever the iconic Bond car was in action.”

Of course, the dimensions, poise and slick ’60s rendering of Bond’s vehicular side-kick are part of both Bond and cinema history. However, the No Time to Die – Bond in Motion exhibition is testament to the movie artistry accompanying these cars in the field. The bullet holes on the DB5 are completely fake, the scratch marks are all designed and the mini-gun headlights are pure 007 theatre. 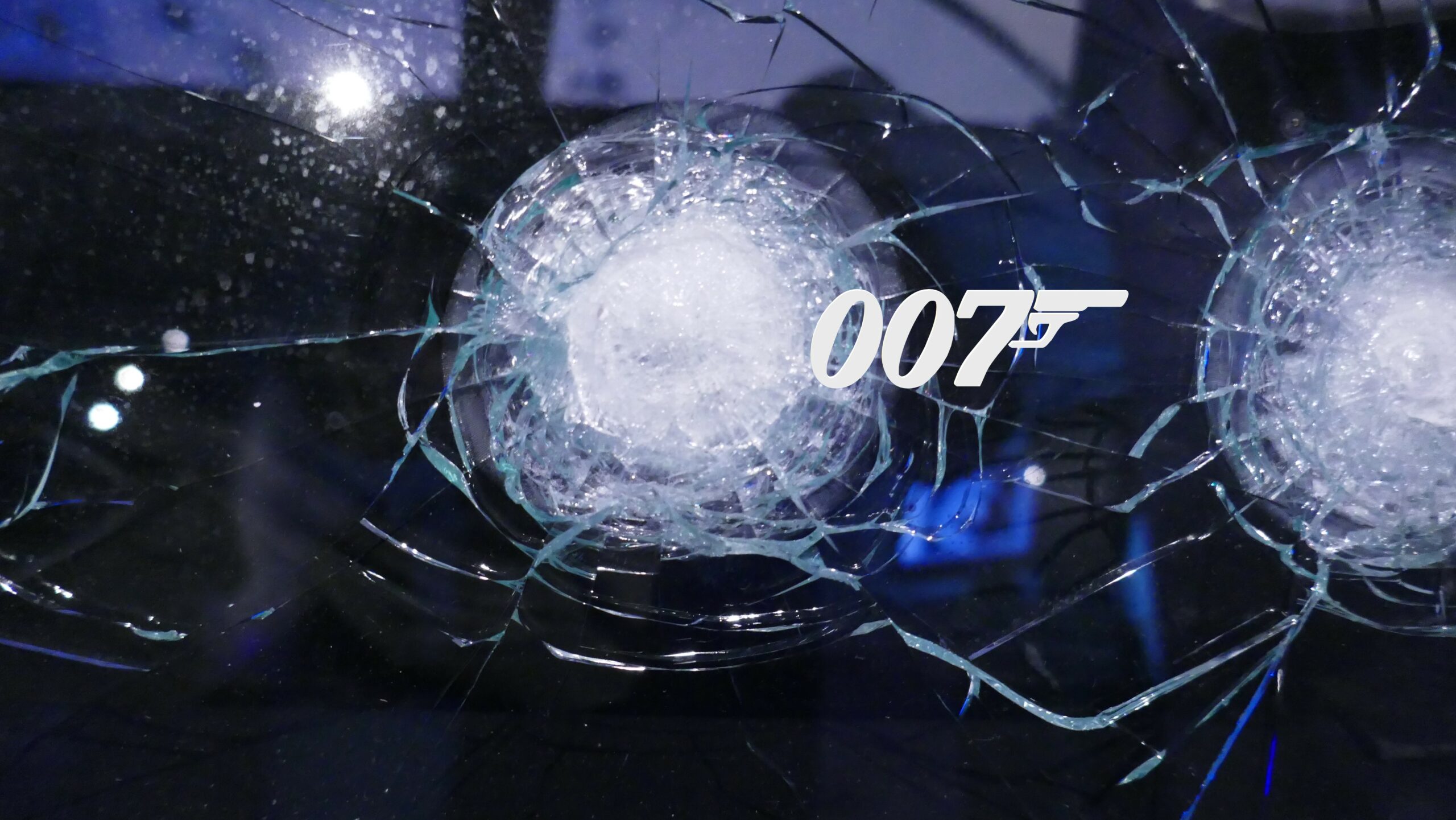 Lee Morrison is No Time to Die‘s stunt co-ordinator. Working on his fifth Bond outing, he is well aware how the stunts get bigger and more elaborate on each new film. “All the vehicles we used in the film performed brilliantly,” remarks Morrison. “We knew we wanted to achieve something off-road and the New Defender didn’t disappoint. We put the vehicles through the most extreme conditions in a chase sequence, and they were unstoppable. The three Triumph scramblers and the Tiger 900 we used were specially modified to handle the rigours of the action sequences in Norway and Italy.”

No Time to Die – Bond in Motion is on display from October 14 2021 at the National Motor Museum, Beaulieu. For ticket details. 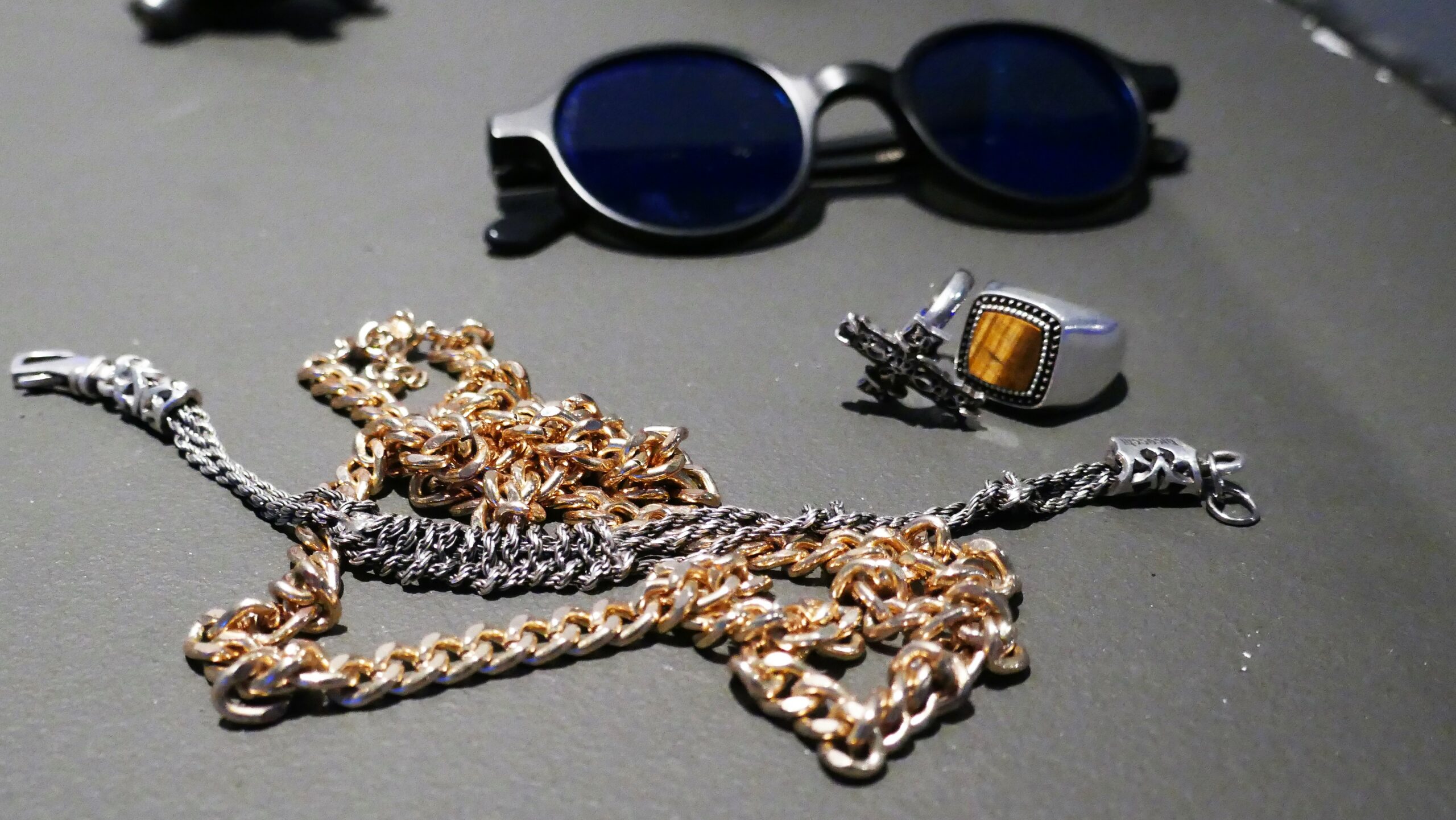 Assorted accessories from No Time to Die / Photo © Mark O’Connell