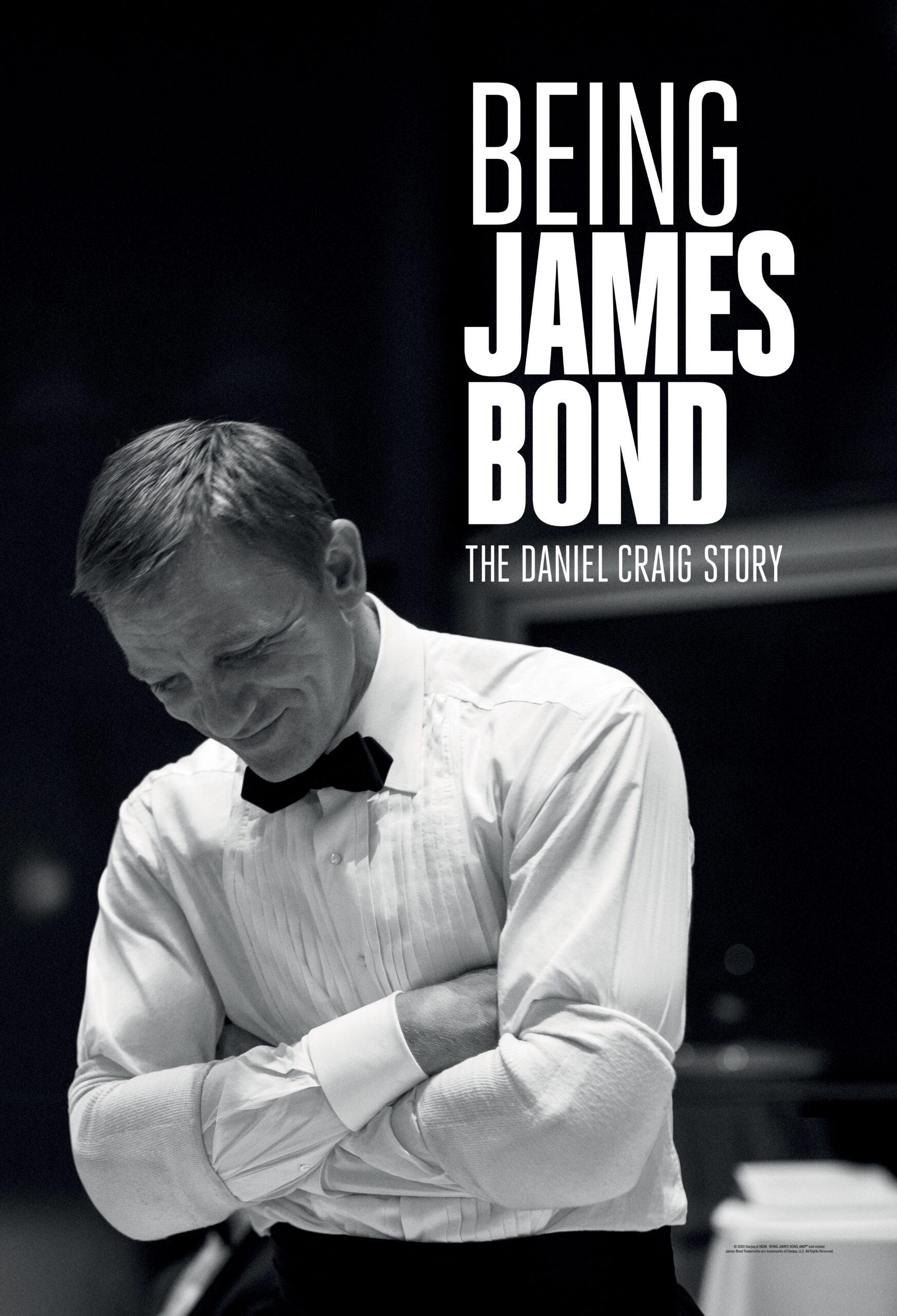 “I thought I wouldn’t be able to handle it.”

Typical. You wait nearly two years for a new shiny 007 film and then two come along at once.

From September 7 2021 MGM’s new documentary Being James Bond – The Daniel Craig Story will be exclusively available to stream on the Apple TV app as a free rental ahead of the theatrical release of the upcoming twenty-fifth film in the James Bond franchise, No Time To Die. In this special 45-minute retrospective, Daniel Craig candidly reflects on his fifteen-year adventure as James Bond.  Including never-before-seen archival footage from Casino Royale, his other Bond chapters and the upcoming 25th Bond bullet No Time To Die, Craig shares his personal memories in conversation with Bond producers Michael G Wilson and Barbara Broccoli. Intended to accompany the March 2020 release of Bond 25, Being James Bond is now being lined up for release in time for the theatrical unveiling of one of the most anticipated big movies and pop-cultural events for an understandable while.

“A lot of people here have worked on five pictures with me. I’ve loved every single second of these movies, and especially this one because I’ve got up every morning and I’ve had the chance to work with you guys, and that has been one of the greatest honours of my life.”

The Craig era has seen Bond shift a gear. Never before has a Bond actor been so hands-on involved in the research, casting, thinking and producing of a Bond movie. “Daniel has just taken this, the character, the series, the whole thing, to a place that is so… extraordinary. And so emotionally satisfying”, remarks Barbara Broccoli. It is a marriage of great creativity and fortune for the House of Bond. Craig not only suggested director Sam Mendes for what became the golden anniversary bonanza Skyfall (2012), he sourced, pondered and noticed writers, cast members, locations, key creatives and story worlds. It has been a wholly fruitful and advancing process for the Bond franchise – one that did not expect to see the new opus in the crosshairs of a global pandemic and a heartfelt and savvy call to respect and safeguard both the Bond franchise and all genres and walks of cinema. “It’s also emotionally tough being Daniel’s last one – “, notes producer Michael G. Wilson, ” – it’s tough on Barbara, it’s tough on me.”

The 25th film in the James Bond franchise, No Time To Die, will be released in theaters beginning September 30 in the UK through Universal Pictures International and in the US on October 8 through MGM via their United Artists Releasing banner.