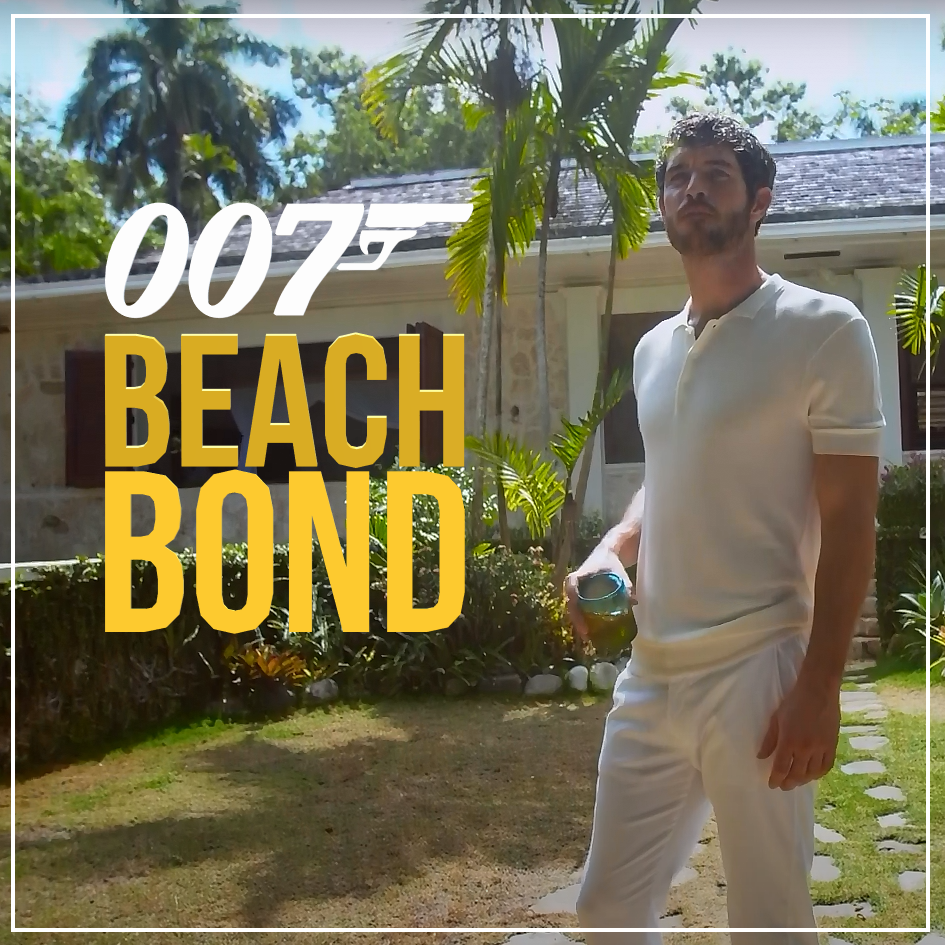 END_OF_DOCUMENT_TOKEN_TO_BE_REPLACED

Balor (Damian Lewis) is an anachronistic reverend, ex-naval officer and turn of the century bible-thumper. Pitched in a post WWII world of revived gender, sexual and even atheist confidence, Balor is a defiant Presbyterian cart-horse charged with keeping afloat the dwindling Christian instincts of an unnamed Scottish island (though shot on the Isle of Mull) in an unnamed year. “To expect happiness in this life is a form of arrogance” says Balor to a life-weary parishioner. Married to Aislin (Andrea Riseborough), Balor is both stranger and religious drill sergeant to his kindly spouse. Recovering from the loss of their child singlehandedly, Aislin is dutiful but privately proud of her resistance to Balor’s sense of a God. Hers is a world of nature and nurture, of quietly ignoring her husband’s sense of Christ and the medieval guilt that comes with it. But such defiance comes at a price – and one Aislin has long assumed is her lot to accept in a world without friends and where leisure time and reading in the bath is heresy.

Enter Fionn (newcomer Ross Anderson), a strapping, ex-shipyard tyke assigned by mainland naughty-boy wrangler Mr Smith (a far too brief John Sessions) to possibly reform, or at best learn the error of ways he knows were never errors. Respectful and patient himself, the hardworking Fionn admits to sorting contraband for the dockers and shipmen of his orphaned youth whilst learning all about women along the way – an admission that betrays a quietly curious Aislin and her lack of decent male contact, be it physical or emotional.

Pallid and glacial in his emotions, Damian Lewis’s Balor is cut from a similar cloth as Stanley Baker in Zulu or Richard Harris in This Sporting Life – marked by a simmering and very British onscreen masculinity at increasing odds with a femininity and modernity he cannot control. Prone to bouts of [almost] Pythonesque martyrdom (almost because the hyperbole levels are deliberate) and Calvary-inspired physical acts, Lewis creates a crumbling bull of a man at odds with the modern world and the breakdown nailing him to his own cross. A cracking sequence sees Balor singlehandedly haul the contents of his austere chapel onto his own Ark – and one with no dove of peace or chance of salvation.

Riseborough’s Aislin is less clear-cut. Equally pallid yet not the indulgent witch she is painted as, Riseborough plays the God widow with a sympathy that avoids sentiment. With her abilities to cure an ailing ram through herbs rather than prayer, Aislin is at one with the nature of an island she equally loathes. As all her femininity is almost pared away, Riseborough’s wife holds an earthly wisdom and controlled sexuality that grates with husband Balor. Aislin knows that God is not found on the hard wooden pews of a remote chapel but the private herbs, fauna, flora and respect for others she surrounds herself with. Ross Anderson’s Fionn is possibly the soul of the film. Handsome, agile yet still the child who can be scolded, Anderson allows Fionn to become the audience’s entry point to a sad story of a couple that already feels over when the film opens.

Writer/director Corinna McFarlane forever steers the emotions of The Silent Storm (or clear lack of them) to various cliff edges of revelation or despair, but often pulls back from what is expected when telling the tale of such matrimonial decay (a rot that has mostly already set in before the film starts). The burgeoning friendship between Aislin and Fionn is loaded with preconceptions that do not always manifest where moments of reconciliation and hope are often swiped aside. The tonal upshot is ultimately one of emotional honesty and a romance not always dealt the obvious cards by the writing. At times reminiscent of the God/protagonist divide of Peter Mullan’s Orphans, The Silent Storm is never a sermon. 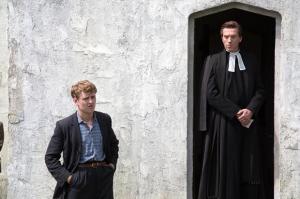 Cinematographer Ed Rutherford’s stark palette of pastel blues, enamel tea cups, grained chapel pews and ashened skies of course underline the film’s characters and McFarlane’s intent but never over-define it. Just as Aislin’s lot verges on a Dickensian misery, Rutherford and McFarlane refresh proceedings with rich burnt oranges, greenery and beautifully shot flora and fauna. A treasured book of poetry is prized by Fionn because of its contents, but McFarlane’s eye marks it out simply because it is blue in a palette of Calvinistic browns and greys.

Likewise, Sharon Long’s costume work is a sallow wardrobe of braces, reverend bibs, collars and hair ties holding back the emotions within just as long as things look in order to the outside world. Credit too must go to Alistair Caplin’s blustering, Calvinistic roar of a score. At times intrusive and almost too heavenly in its bombast it also reminds – like Riseborough’s Aislin – that God is in every cliff edge, moss-covered tree, cave nook and mountain stream. Providing a more contemporary Celtic sound than the film’s austere visuals, Caplin’s orchestral and choral work (he contributes his own vocals more than once) ably serves the film with a hope and religious scope The Silent Storm needs to work before it can pull it down. Or at least kneel before it with what it knows and wants us to know about the human condition and spirit.

The Silent Storm – a Neon Films production in association with Eon Productions and West End Films.

The Silent Storm’s world premiere was held during the 2014 London Film Festival with Damian Lewis, Andrea Riseborough, Ross Anderson, Corinna McFarlane and Nicky Bentham on hand to introduce the film to the gathered crew, artists, executive producers and at least one James Bond. 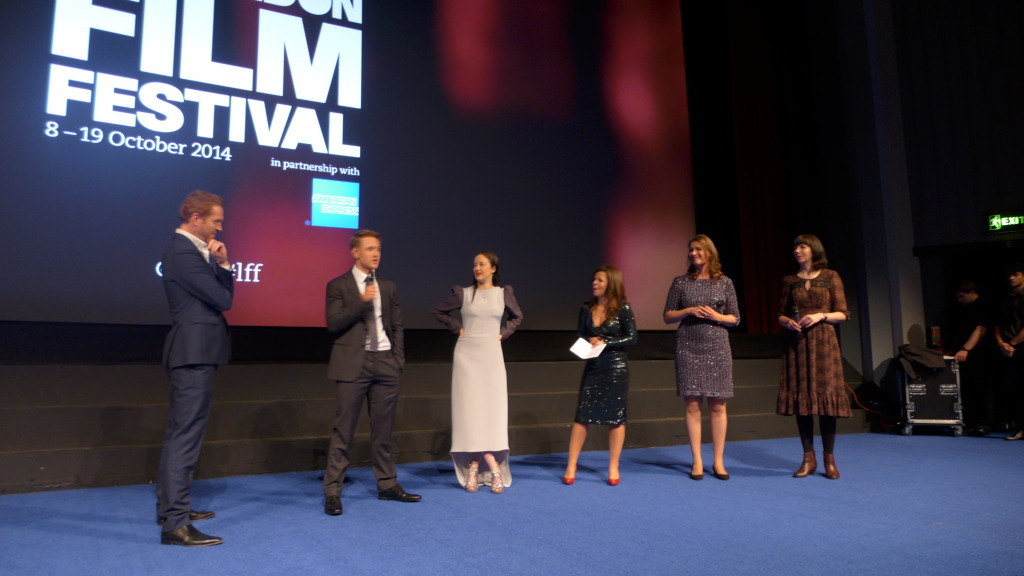 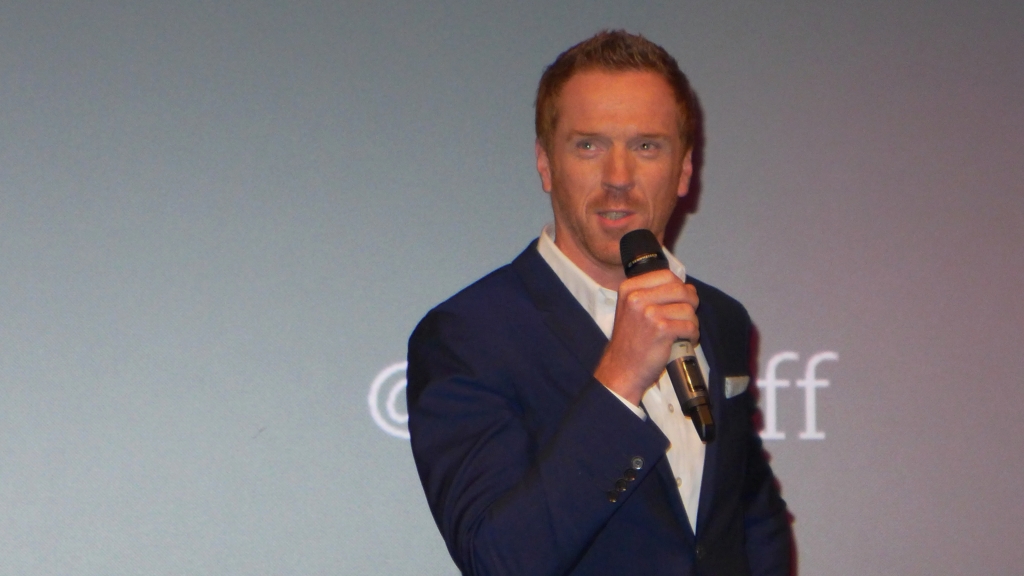 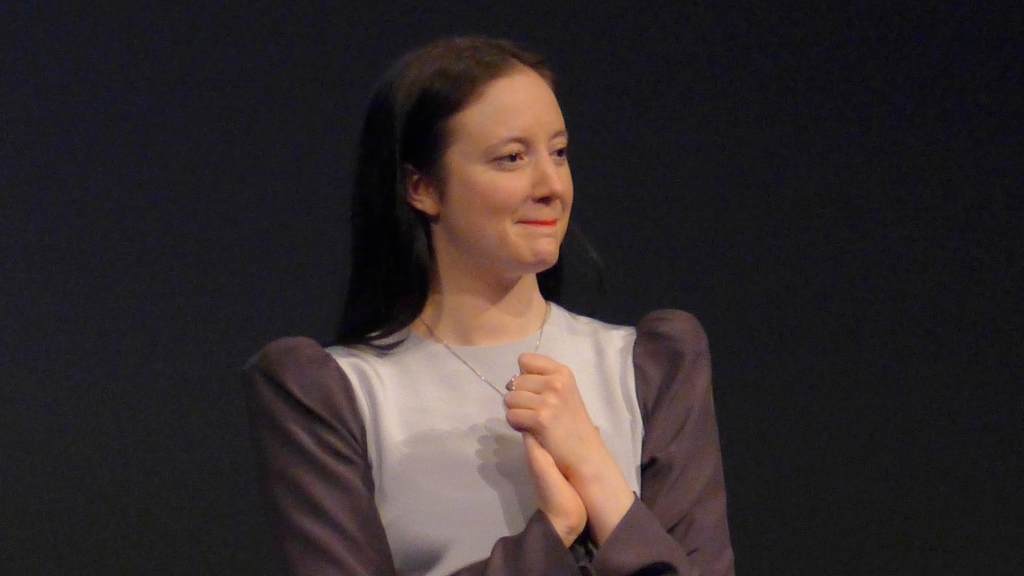 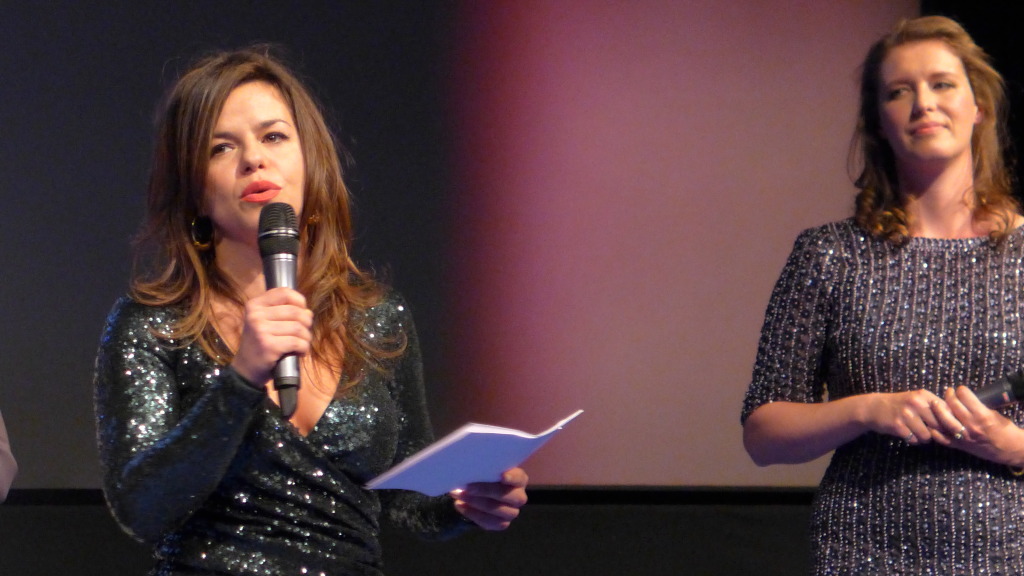 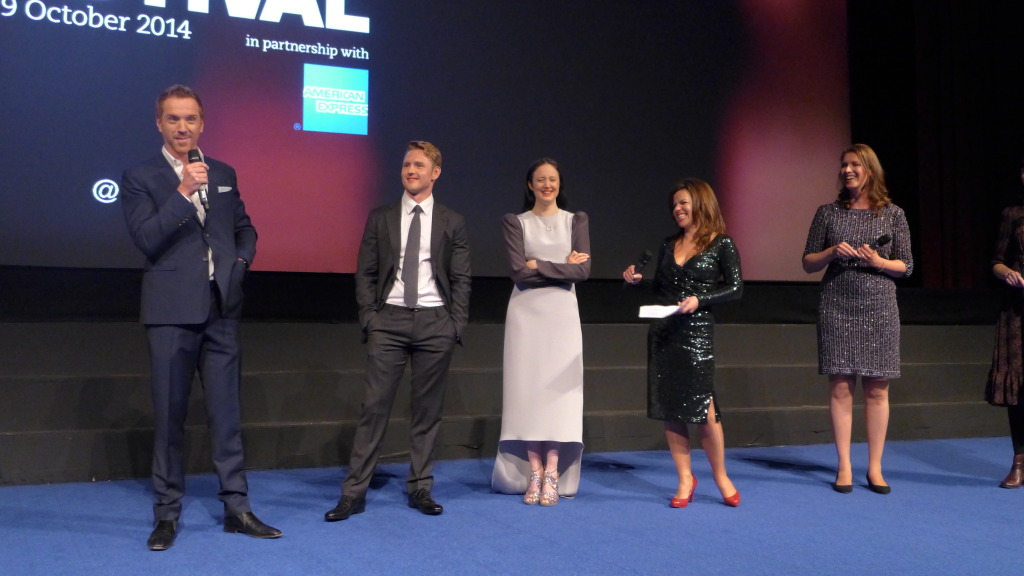