“Come in Number One, we were expecting you” – Sam Smith & WRITING’S ON THE WALL make 007 chart history 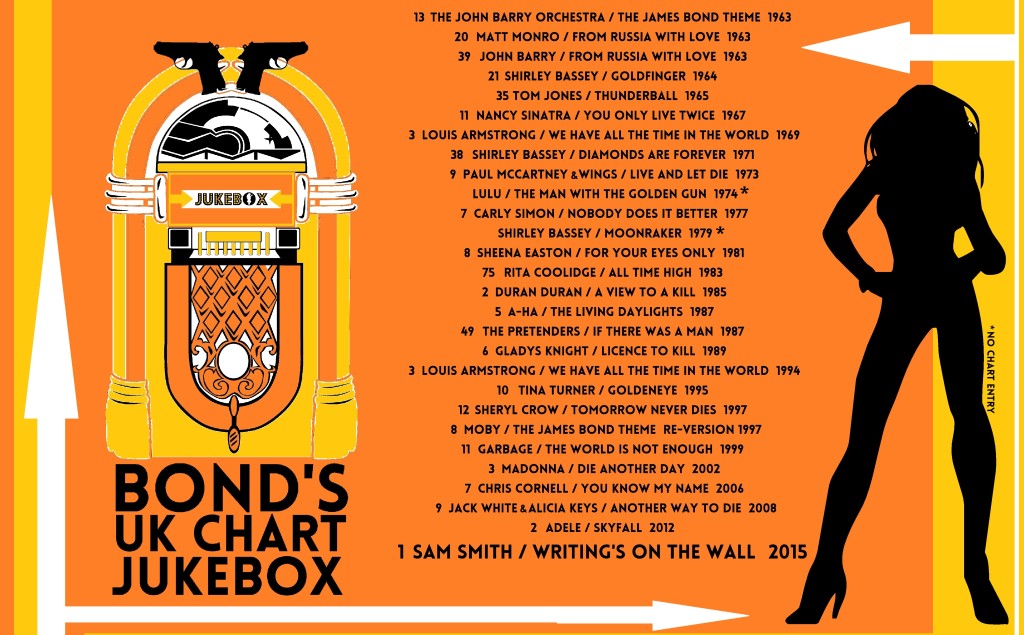 CONGRATULATIONS to Barbara Broccoli, Team EON and the SPECTRE ensemble for making Bond chart history with the Bond series first UK Number One!

Sam Smith’s WRITING’S ON THE WALL has gone straight to the top of the British charts in its first week of release and is set to resound around the globe for Bond, SPECTRE and Smith. The singer has told BBC’s Radio One “out of all the songs I’ve brought out in my life, I was not expecting this to even chart in the top 10, let alone number one. It’s unbelievable.”

Despite some kneejerk panic and reaction, SPECTRE’s opening anthem is a worthy track, a solid one and possibly needs to be seen in the context of the film it flanks. It is certainly carrying on a grand tradition of the top singer of the era stepping up to 007’s mic and giving the series their take on a Bond tune. This will get Oscar, Golden Globe and Grammy nominations. Easily.

For a review of the track and what it means for Bond – read here.

And Mark O’Connell writes for OUT magazine about Smith and the Bond song legacy :