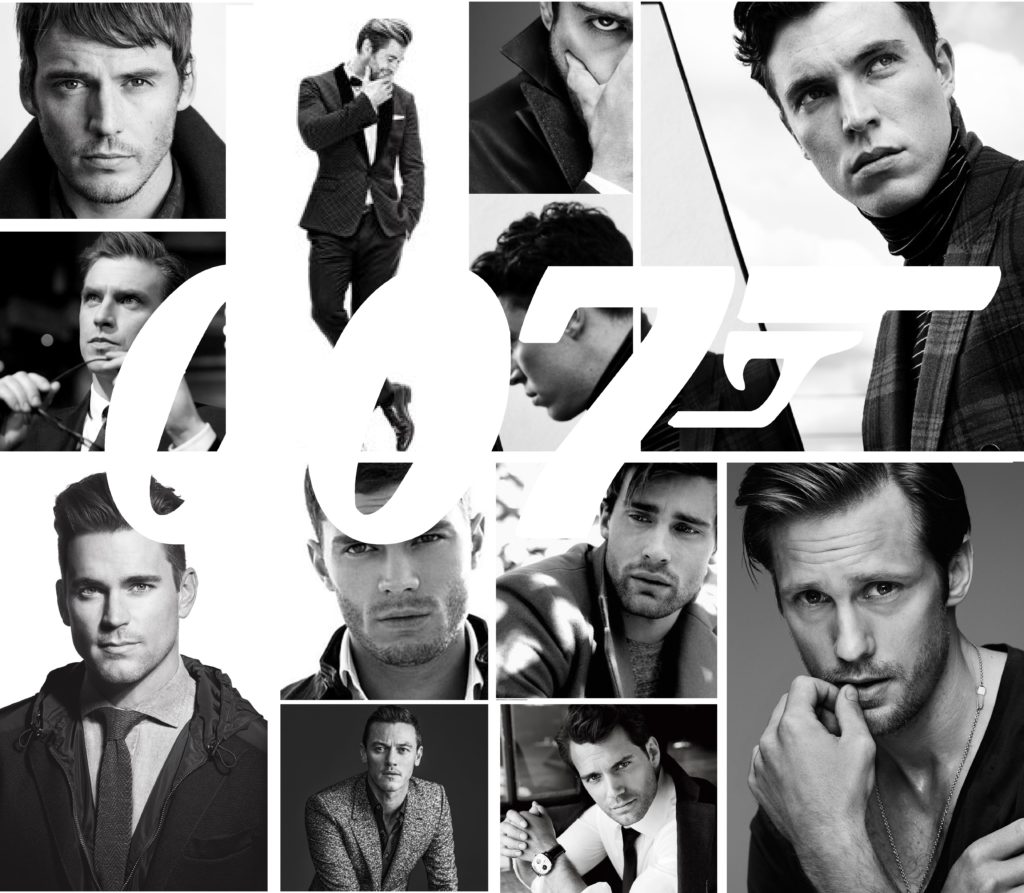 As they say in Rome – hold on the white smoke for now.

Despite what red top tabloids, movie newz sites and lazy broadsheets clamouring after the same clickbait are suggesting, there is no real need for a new Bond speculation just yet. As Bond producer Barbara Broccoli deftly throws in there whenever asked about who is the next 007 (and I’ve asked too) “why look for a new husband when you’re in a perfectly good marriage already?!”. As of right now Daniel Craig is still the current Bond. There has been no formal suggestion to the contrary.

But just like Prince Harry’s girlfriends, sinkholes on South London estates, Brexit scaremongering and the death of Tony Hart, the Next James Bond will always get a bit of trending notoriety. It is of course a great, flattering testament to the pull of the Bond movie machine. Fifty-four years after Dr. No first tore popular culture a new one, it is near unfathomable that the Bond rumour making mill is still such the cottage industry it always has been.

So let’s try and look at the situation with some sanity and perspective. Warning – sanity and perspective are not as much fun as speculation. EON Productions’ working relationship with Sony Pictures came to an initial end with 2015’s SPECTRE. The House of Bond is currently in the throes of marrying up with the right distributor (Sony proved to be a very good godfather to the Craig era thus far). It is also a time for EON Productions where they are already whetting their creative whistle with Film Stars Don’t Die In Liverpool, currently shooting with Annette Bening, Jamie Bell and Julie Walters. Whilst some names and studio brass have no doubt circled the Bond producers and vice versa, the future is undecided. It is not locked down. And if that is not locked down then the direction of Bond himself is – like a Zorin Industries airship – somewhat up in the air. There is nothing stopping Sony from re-starting that collaboration – but will they or any new studio partner want to come in and change horse / Bond mid-stream? Admittedly, a new studio guardian could also crave a fresh start.

Some fans have suggested that SPECTRE ends on a goodbye from Craig’s Bond. I would suggest that nearly every 007 bullet ends with a goodbye wave from the current man. The continuity of Bond works best when you do not fret about the continuity (Lea Seydoux will not be in the next Bond movie any more than Britt Ekland or Michelle Yeoh were destined to come back).

Of course the Middle England journalists love a good Next James Bond story. It fills the gaps between Worst Winter Ever Coming and Diana’s Secret Texts. It allows them to yet again show the same photos of Cornish Poldark’s LA honed abs, ‘professional bad boy’ Tom Hardy-Bane, him from Happy Valley, that Loki chap and abundant Luther Elba photos. The rumour-makers extend their catchment thinking only as far as any actors who have worn suits in anything from the last eighteen months (that is maybe why Clive Owen has never donned a tux again onscreen for ten years now).

Let’s get the heresy out the way. Could it be an American? No. Of course not. It has been toyed with, but ultimately ignored along Bond’s six decade movie lineage – and for good reason. Very few American actors have that 007 sensibility and poise. That is not to say they don’t exist. And after the very American Superman, Batman and now Spider-Man have all opted for British leads to take them onto the big screen, maybe some cruel karma will see the next James Bond as the first American 007. Step forward Matt Bomer (The Nice Guys, Monty, American Horror Story), Armie Hammer (The Man From U.N.C.L.E., The Social Network) and Tyler Hoechlin (Road to Perdition, Everybody Wants Some!!). Likewise – and whilst he is only an adopted American and the Australian heritage may not bode well for Bond purists – but let’s not dismiss Chris Hemsworth (Rush). Not only would he be the first Bond actor to bulk down for the role, his old-school matinee looks and screen poise is exactly what the House of Bond tend to circle. And like Ryan Gosling, Hemsworth is the only man straight guys are allowed to say is good looking. Unlike some of the names on the Next James Bond 2016 campaign trail it is not enough that women find him attractive. Straight men must do too. And Thor Your Eyes Only is too good a headline to miss out on.

Then there is of course The Idris Factor. It is 2016, men are marrying men, women are playing tennis and the world moves on and all that, but is the Bond series really, absolutely ready for a 007 from East Ham? The Black Bond debate is as dubiously steered as the “Sam Smith isn’t right for Bond” was homophobic. To even suggest it is a debate is slapping the “I’m not racist but…” tag on proceedings. Has anyone really bothered to ask Mr Elba if he would even entertain the role?! And there are a wealth of other British actors out there who also happen to be black. My hunch on Elba…? He is now too mature for the gig. Likewise, Damian Lewis. And probably Michael Fassbender (possibly the hardest will-never-be-Bond pill to swallow for this fan).

So what of the more British skewed talent out there….? Should the worst happen and the next, silver numbered Bond movie (which must have Silver in the title, thank you) doesn’t ultimately star Roger Moore in his eighth 007 film, who should we be looking at?

It is worth noting here that Daniel Craig didn’t register on the Next James Bond lists until he was James Bond. Layer Cake was very much a Bond audition piece (more so than maybe The Night Manager‘s fans want it to be for Tom Hiddleston). His previous roles in Love Is The Devil, Our Friends In The North and Tomb Raider may have got the quiet attention of EON HQ, but not the public looking for a new Bond. The 007th chap will be an actor many of us know the face of, but couldn’t immediately put a name to. It will be an actor that Barbara Broccoli and her casting instincts would have noticed in some Fringe circuit play, European crime drama or a supporting role in an indie film no-one quite saw. It will be an actor that is not Daniel Craig lite, but the new, next statement about James Bond 007. You don’t pepper your films with the likes of Ralph Fiennes, Ben Whishaw, Rory Kinnear, Andrew Scott, Helen McCrory and Naomie Harris to drop the casting ball – or even pick up a very different one – when it comes to the seventh incarnation of our man James. Until they did Bond, none of those actors were box office, opening weekend names. The same will most probably apply to any Next James Bond. And whilst he may be a telly face (Roger Moore sort of was post-The Saint and The Persuaders), the Sunday night drama fixation is forgetting that the next 007 needs to feel like a screen hero, not costume drama totty.

So whilst it is understandable to go with the Sunday night telly favourites, the casting net for 007 may go a little wider – and deeper – next time round. Daniel Craig continues to bring to the Bond table a great many facets that have changed the successes and perceptions of 007 onscreen. The first actor to get a Co-Producer credit on a Bond film, Craig purportedly suggested Sam Mendes for Skyfall and took a keen role on the script development of his Bond bullets. EON HQ may now want an actor who is more than looks right. He will not be a transatlantic suit. Step forward Sam Claflin, Dan Stevens, Luke Evans, Tom Hughes, Oliver Jackson-Cohen, Alexander Skarsgård, Jamie Dornan, Toby Kebbell and don’t dismiss Henry Cavill – the runner-up to Craig in 2005. Tom Hardy is of course one of cinema’s most visceral players at present. But Tom Hardy is also the new Robert Shaw and Robert Shaw never played Bond – just one of his most lauded opponents.

The truth is that right now it is in the lap of the Gods, casting agents hunches, who is repped by whom, who has a ten year working window and whether or not Daniel Craig is or is not the current husband.