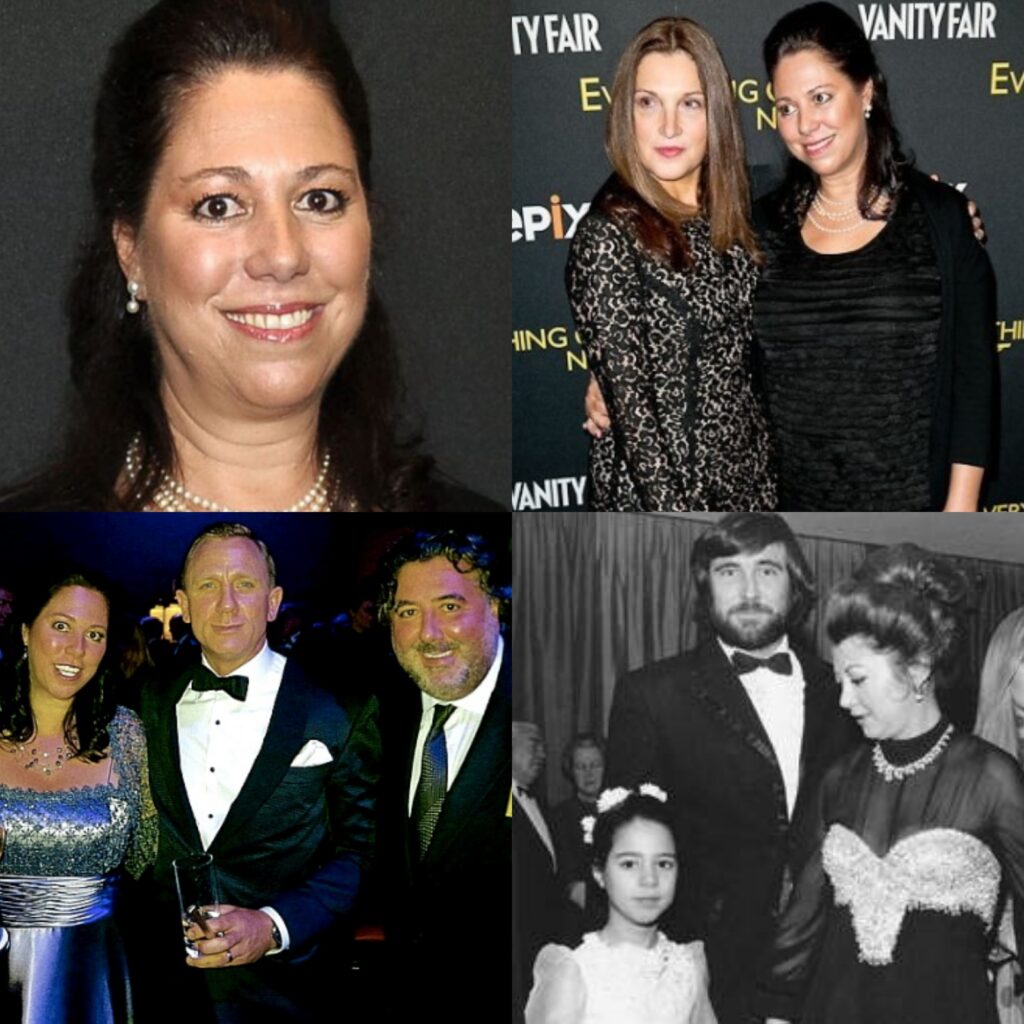 ‘The best part of it was being able to travel all around the world because I travelled for all of the films and kind of grew up on film sets until I was 11 when I needed to buckle down at school. But it really was a family – the crew was a repeat crew and they came with their wives and their children. So, we all grew up together and were able to watch these extraordinarily creative people working together on these wonderful films. It really was a gift.’

As the daughter of Bond producer Harry Saltzman and his wife Jacqueline, Hilary Saltzman grew up with 007. Her childhood was often spent  on and off set with her siblings Steven and Christopher, the Broccoli and Moore children and in the company of James Bonds, movie royalty, crews, cast and technicians at Pinewood and across the movie globe.

As her thoughts on the original Bond DVD documentaries and 2012’s Everything or Nothing testify, Hilary was a kind, intelligent and sensible soul who quietly kept those Broccoli/Saltzman ties and who would be a familiar face at Bond premieres and events, often with her brother Steven and childhood friend Barbara Broccoli. She was a producer in her own right, was one of the first to express support for Catching Bullets and those that knew her have only ever spoken of her with warmth. Sadly, Hilary has now lost her fight with cancer and the Bond movie world has lost a true advocate and character. This bullet catcher’s thoughts are with her friends and family at this sad and wholly premature time.